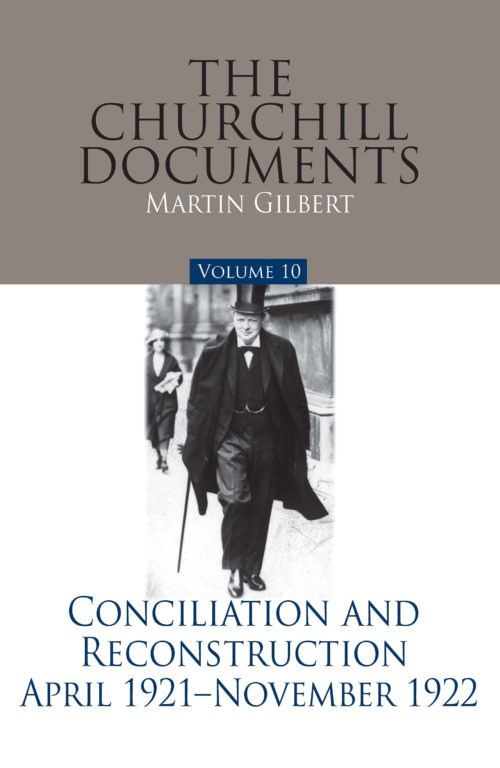 From April 1921-November 1922, the time period covered by this volume, national affairs in Great Britain were dominated by the search for peace and reconciliation in Ireland, the establishment of a Jewish National Home in Palestine, the intensification of conflict with Turkey, and the political crisis that ended the peacetime coalition and Winston Churchill’s own ministerial career. Personal tragedy and hardship also befell Churchill: the death of his mother and of his young daughter Marigold.

Covering every aspect of Churchill’s life when he was successively Secretary of State for War and Secretary of State for the Colonies, Sir Martin Gilbert takes the reader on a fascinating journey, covering a wide range of domestic and international affairs. Churchill’s vivid personality is evident as each event unfolds—traced through private letters and secret Cabinet records. Sir Martin’s explanatory notes, never obtrusive, illuminate both the individuals and events during this tumultuous period