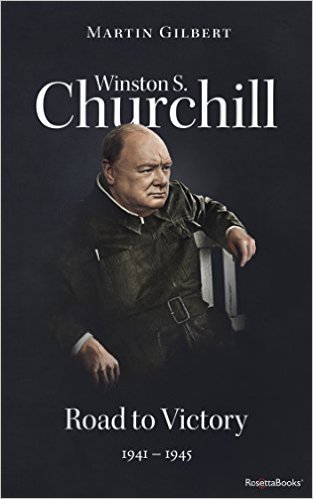 This volume takes up the story of “Churchill’s War” with the Japanese attack on Pearl Harbor on December 7, 1941, and carries it on to the triumph of V–E Day, May 8, 1945, the end of the war in Europe.

Within a week of Pearl Harbor, Hitler and Mussolini had declared war on the United States. Thus Churchill, Roosevelt, and Stalin were now leaders of the great alliance that held the assurance of ultimate victory. But in 1942, the first year of the new alliance, the war went badly on every front, and Churchill faced serious criticism at home.

In this volume, Martin Gilbert charts Churchill’s tortuous course through the storms of Anglo-American and Anglo-Soviet suspicion and rivalry and between the clashing priorities and ambitions of other forces embattled against the common enemy: between General de Gaulle and his compatriots in France and the French Empire; between Tito and other Yugoslav leaders; between the Greek Communists and monarchists; between the Polish government exiled in London and the Soviet-controlled “Lublin” Poles.

Amid all these cares and dangers Churchill had to find the course of prudence, of British national interest, and, above all, of the earliest possible victory over Nazism. In doing so he was guided by the most secret sources of British Intelligence: the daily interception of the messages of the German High Command. These pages reveal, as never before, the links between this secret information and the resulting moves and successes achieved by the Allies.