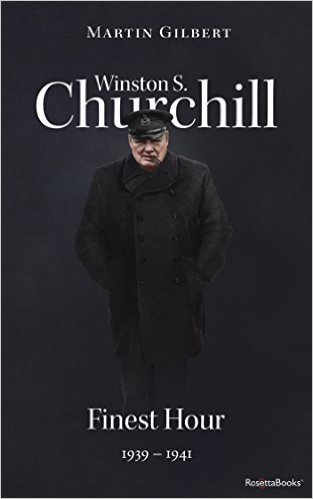 This volume starts with the outbreak of war in September 1939 and ends with the Japanese attack on Pearl Harbor in December 1941. In it, Martin Gilbert reveals not only how each decision was reached, but what influences lay behind it, whether of individuals or of information reaching Churchill from the most secret source of British Intelligence.

Drawing on a remarkable diversity of material, including the War Cabinet and other Government records, as well as Churchill’s own archive, the diaries and letters of his private secretariat, and the recollections of those who worked most closely with him, Martin Gilbert reveals the full extent of Churchill’s personal contribution to every aspect of the struggle.

On the day Hitler invaded Poland, Churchill, aged sixty-four, had been out of office for ten years. Two days later, on 3 September 1939, he became First Lord of the Admiralty, in charge of British naval policy and at the center of war direction. On 10 May 1940 he became Prime Minister, leading his nation during a time of grave danger and setbacks. His first year and a half as Prime Minister included the Dunkirk evacuation, the fall of France, the Battle of Britain, the Blitz, the Battle of the Atlantic, the struggle in the Western Desert, and Hitler’s invasion of Russia.

By the end of 1940, Britain under Churchill’s leadership had survived the onslaught and was making plans to continue the war against an enemy of unlimited ambition and ferocious will.

One of Churchill’s inner circle said: “We who worked with Churchill every day of the war still saw at most a quarter of his daily tasks and worries.” Martin Gilbert has pieced together the whole, setting in context much hitherto scattered and secret evidence, in order to give an intimate and fascinating account of the architect of Britain’s “finest hour.”