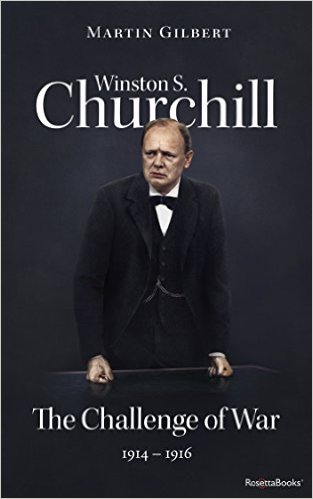 “A milestone, a monument, a magisterial achievement… rightly regarded as the most comprehensive life ever written of any age.”
—Andrew Roberts, historian and author of The Storm of War

This third volume of the official biography of Sir Winston Churchill contains a full account of his initiatives and achievements as wartime First Lord of the Admiralty between August 1914 and May 1915. These include his efforts to prolong the siege of Antwerp, his support for the use of air power, and his part in the early development of the tank. It shows the forcefulness with which he argued for an offensive naval policy, first against Germany, then against Turkey.

“What about the Dardanelles?” was the cry Churchill heard often between the two world wars. It epitomized the distrust in which he was held by both politicians and the public as a result of the naval setback at the Dardanelles in March 1915 and the eventual failure of the Gallipoli landings launched the following month.

Martin Gilbert examines the political crisis of May 1915, during which the Conservative Party forced Asquith to form a coalition government. The Conservatives insisted that Churchill leave the center of war policymaking for a position of increasing political isolation. In the next seven months, while the Gallipoli campaign was being fought, Churchill served as Chancellor of the Duchy of Lancaster, with no authority over military or naval policy.

Resigning from the Cabinet in November 1915, Churchill was appointed Lieutenant-Colonel, commanding an infantry battalion in the trenches of the Western Front. In May 1916, he returned from the trenches, hoping to reenter political life, but his repeated attempts to regain his once-substantial influence were unsuccessful.

Be the first to review “Volume III” Cancel reply