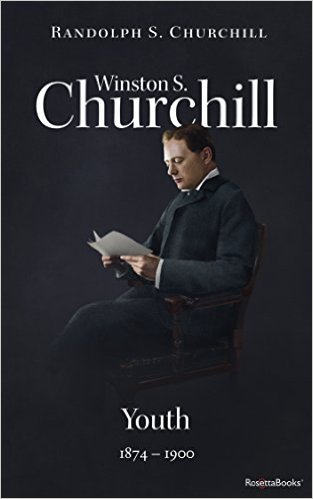 “A milestone, a monument, a magisterial achievement… rightly vgarded as the most comprehensive life ever written of any age.”
—Andrew Roberts, historian and author of The Storm of War

In the official biography of Sir Winston Churchill, of which this is the first of eight volumes, Randolph Churchill—and later Sir Martin Gilbert, who took up the work following Randolph’s death in 1968—had the full use of Sir Winston’s letters and papers, and also carried out research in many hundreds of private archives and public collections. The form in which the work is cast is summed up in the phrase that Randolph quotes from Lockhart: “He shall be his own biographer.” The subject is presented, as far as possible, through his own words, though never neglecting the words of his contemporaries, both friends and critics.

Volume I, first published in 1966, covers the years from Churchill’s birth in 1874 to his return to England from an American lecture tour, on the day of Queen Victoria’s funeral in 1900, in order to embark on his political career. In the opening pages, the account of his birth is presented through letters of his family. The subject comes on the scene with his own words in a letter to his mother, written when he was seven. His later letters, as a child, as a schoolboy at Harrow, as a cadet at Sandhurst, and as a subaltern in India, show the development of his mind and character, his ambition and awakening interests, which were to merge into a genius of our age.

The narrative surrounding these letters presents facts relevant to Sir Winston and other personalities discussed, and fills in the historical background of the last quarter of the nineteenth century. Here is all the excitement of the beginning of the extraordinary career of the greatest statesman of the twentieth century.

Be the first to review “Volume I” Cancel reply