The Churchill Project - Hillsdale College > Articles > Explore > Churchill in WWII > “Operation Elephant” and Other Tales from 1946: A Contemporary View

“Operation Elephant” and Other Tales from 1946: A Contemporary View 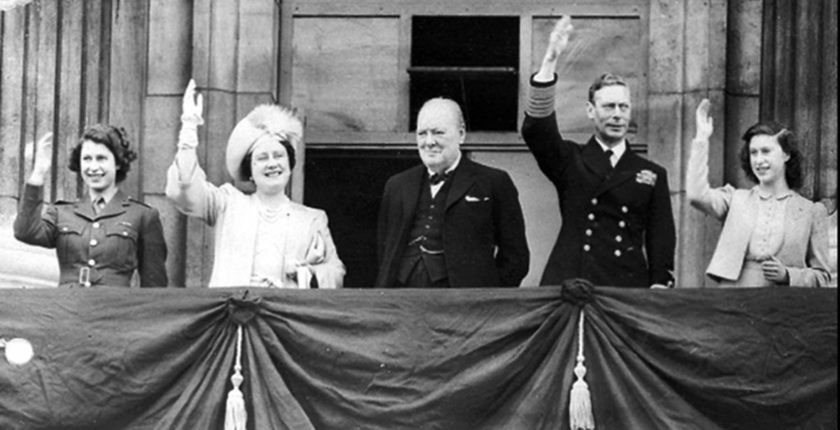 From the time he became Prime Minister it was manifest that Churchill’s safety was of paramount importance. So looking after him was regarded as a military operation, called “Operation Elephant,” the elephant being the PM himself.

One of the features of “Operation Elephant” was a mobile anti-aircraft battery which used to accompany the Prime Minister wherever he went. Churchill took immense pride in this battery. He used to call it, to the indignation of the officers, his “personal flak.” At Chequers, his country residence, he always insisted on having one of the guns mounted outside the front door. There he displayed it proudly to his guests. For the crew manning the gun it was a terrifying experience. Whenever Churchill appeared, he fired technical questions about muzzle velocity, range and the rest. Heaven help them if they were wrong, because he usually knew the correct answers.

I can tell you that as a personal defense, Operation Elephant was a failure. There was a plan if hostile aircraft came within thirty miles of the Prime Minister: The guns would be manned and Mr. Churchill and his staff were to go to the air raid shelter. But it did not work out that way. As soon as the air raid alarm sounded, far from going to the shelter, the Prime Minister grabbed his field glasses, raced up the stairs and took his stand in the most exposed position on the roof. Up there he insisted on a complete plot of the raid. He was always extremely disappointed if his “personal flak” didn’t start firing. Finally, unknown to him, Elephant’s officers decided it was safer not to sound the alarm at all. 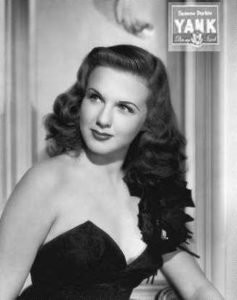 WSC and the Movies

I remember one of the officers of Operation Elephant telling me how one night they got a message from the Prime Minister asking them to join him as his guests and to see a movie starring Deanna Durbin. It probably pleased Deanna to learn that Mr. Churchill was one of her admirers.

The nightly movie was a ritual in Churchill’s entourage. On this occasion, after it ended, Churchill joined the officers of Operation Elephant for a talk. He talked, talked and talked. Finally one looked at the clock and whispered: “Isn’t it  time we were going home?”

“Going home?” said the secretary, wearily. “We don’t go to bed in this house till four  in the morning.” That was in 1941, before Pearl Harbor.

The Voice on the Telephone

Churchill’s energy—his personal interest on all sorts of apparently trifling incidents—was a legend with Op Elephant officers. Nobody could be sure that they would not get a sudden phone call, and hear that unforgettable voice saying, “This is the Prime Minister speaking.” I remember once he called up to congratulate an RAF flyer who had just been awarded the Victoria Cross. The young pilot—he was only a boy—was so frightened when he realized who was at the other end that he just gulped. He could not speak at all.

The Prime Minister did not use the telephone as a general rule for compliments. Oftener than not, it was the opposite. People close to him say that he was seldom angrier than when, in 1941, an attempt was made to effect an exchange of prisoners with the enemy over the radio. At the last moment the Germans made a tragic, if typical, change of face. The exchange was cancelled.

The following morning a certain colonel at the War Office heard the ominous voice over the telephone: “This is the Prime Minister. Am I right in my information that you are the man responsible for this calamitous, appalling business yesterday?”

“And you sent those messages over the radio to the enemy?”

Churchill growled: “So you are the man who, addressing those Nazis, those barbarians, those wicked men, said: ‘Thank you.’ Did you say: ‘Thank you?’”

“Why did you say: ‘Thank you?’” bellowed Churchill.

“Because in their message to us, sir, they said ‘If you please.’”

I need not say what happened to the colonel.

Everyone at Operation Elephant found him quite irrepressible. An exhausting cabinet meeting had gone on until the small hours of the morning. The Prime Minister declared his intention of going for a walk. For about twenty minutes he strolled with a couple of companions through the blacked-out, deserted streets of London. 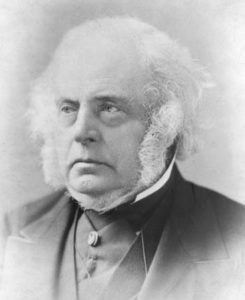 Suddenly, he flashed a torch on the statue of the great Victorian statesman, John Bright. At once he said, “If John bright could make a speech today, do you know what he would say to me?”

Impetuously Mr. Churchill climbed on to the stop at the foot of the statue and made a brilliant impromptu speech in the manner of the great statesman. Then, climbing down, he said, “And now I’ll tell you what I’d say to John Bright.” And, looking up at the statue, enjoying himself immensely, he made a speech in reply. Imagine having that amount of energy to throw away in an empty street in the early hours of the morning.

[Editor’s note: Imagine how much of Churchill’s dialogue, like that impromptu speech, is lost to history. He was fond of quoting Bright, especially with regard to America. At least two famous quotes are on record. In 1947 he described the U.S. in Bright’s words: “A refuge for the oppressed from every land and clime.” In his History of the English-Speaking Peoples, speaking of slavery at the end of the American Civil War, he writes: “…as John Bright said to his audience of English working folk, ‘At last after the smoke of the battlefield had cleared away the horrid shape which had cast its shadow over the whole continent had vanished and was gone for ever.’”]

God and the Archbishop 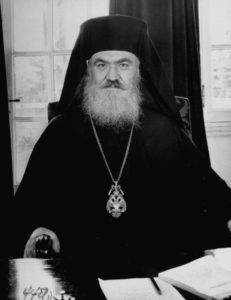 I remember another occasion when he came back from his visit to Greece around Christmas 1944, where he had patched together a peace between the warring parties. He had been very much impressed by the figure of Archbishop Damaskinos, who has since become the regent. Mr. Churchill told everybody about the Archbishop: how tall he was, how impressive he looked with his long beard. Finally he said: “When the Archbishop doesn’t want to see somebody, when wants to be alone, he sends down a message. ‘His Beatitude is at Prayer.’ I often wish I could send down such a message.”

Speaking of prayer…. In 1945 when V-E Day celebrations were being discussed, someone suggested that it would be appropriate if the Prime Minister referred publicly to God. Mr. Churchill replied: “At 3 o’clock I shall announce the news of victory over the radio to the British people. At 3:15 I shall announce the news to the House of Commons. At 3:30 I shall lead the members of Parliament to a service of Thanksgiving in St. Margaret’s. While I am there, I shall certainly take the opportunity of informing Almighty God.”

It was Churchill, too, on another occasion, who dismissed a political opponent, who had been trying without success to unseat him, with the  comment: “There, but for the grace of God, goes God.” [We have not tracked this phrase to anything in Churchill’s canon, but several reliable witnesses have repeated it. The target was Sir Stafford Cripps, Churchill’s ambassador to Russia early in the war, later Leader of the House of Commons, whose talents WSC generally respected. —Ed.]

This text is from a press release by British Information Services on 19 January 1946, after Churchill had arrived in America for a holiday before delivering the “Sinews of Peace” speech at Westminster College, Fulton, Missouri. Our thanks to Parker H. Lee III, a member of the Hillsdale College President’s Club and Churchill Project supporter, for bringing it to our attention.

Featured Image: Churchill with the King and Queen at Buckingham Palace, VE-Day, 8 May 1945.