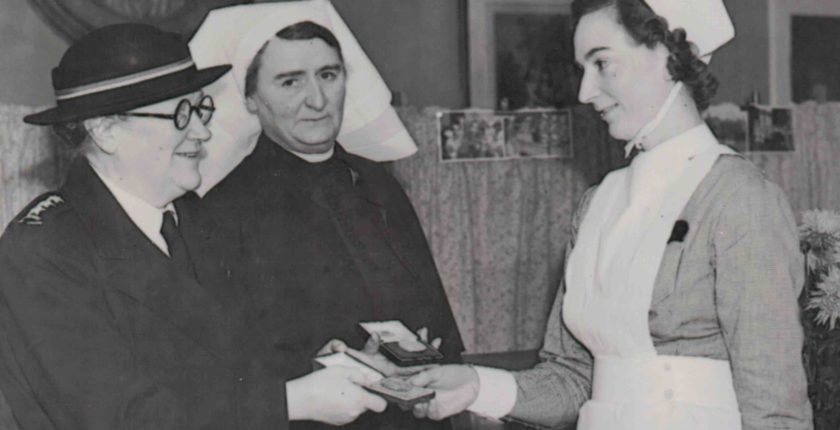 Jill Rose begins this fine World War II narrative with a friendly warning. Don’t wait till your parents are gone before preserving their memories. The parents of “baby boomers,” she writes, “lived through the most momentous times of the 20th century. Truly we don’t know what we’ve got till it’s gone. I have dug around to find out as much as I can about my family…but sadly there is so much more that I will never know.”

The author knows and shares much about her parents, Doris and Roger Miles—he a surgeon-lieutenant, Royal Navy; she a nurse at St. Mary’s Hospital, London. The book is built around Doris’ letters to the absent Roger. She knew only that he was aboard HMS Tartar, a famous ship which earned twelve battle honors during close encounters with the enemy. 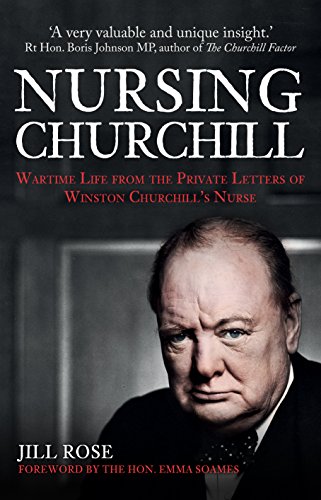 Their correspondence began at their moment of separation, and continued until Roger was “de-mobbed” in 1946. It offers insight to the many ordinary Britons who served faithfully in the great battle. As Churchill said, quoting Tennyson, “Every morn brought forth a noble chance. And every chance brought forth a noble knight.”

Doris nursed throughout the war, but her noble chance came in February 1943. That was when, on orders of Churchill’s doctor Sir Charles Wilson, she was summoned to Whitehall. The PM was back in London, still unwell after a grim battle with pneumonia following the Casablanca Conference.

Thrown in at the deep end, Doris was advised by Sir Charles (later Lord Moran): “I must warn you, the Prime Minister doesn’t wear pyjamas.” Sure enough, Doris found, there was only a silk vest, and a velvet jacket with diamond V on the lapel. But nurses are professionals. “I had to give him a tepid sponge as he had a high fever…. WC took great interest in this and I knew that if the temperature didn’t go down I would have very little authority. Luckily it did.”

Churchill had a loyal staff, and if any kept records of crucial conversations, they did so privately. (Grace Hamblin a devoted secretary, told this writer that the boss would often say hopefully, “You’re not going to write, are you?”) But Doris was free to share the lighter moments, and with Churchill there were plenty. The patient, she wrote, “is all he is cracked up to be.”

He usually requires me to bath[e] him at night, and he holds court to Sir Charles, one or more secretaries, and any odd visitors who may be around, while I’m doing it!…. He’s very interested in his blood count, which is done every day, and now talks knowledgeably about ‘pollywogs’ and ‘Eowins.’ Actually he is a lot better now, but it’s been a fairly bad hemolytic strep pneumonia, and might have developed—after all he’s 68, although he doesn’t look it.”

Sixty-eight was a lot older then than it is now. But the patient was having none of age. When he complained of head pains, Doris rubbed his head with oil of wintergreen. This became a ritual in which the PM reverted to his beloved music-hall songs: “Wash me in the water / Which you washed your dirty daughter in / And I wilt be whiter / Than the whitewash on the wall.”

By March 3rd the patient was much improved, and Doris Miles was the only nurse sent with him to Chequers, the PM’s official country residence. Her letters are full of admiration for the old house which, despite its grandeur, she found homey. One night the PM called her to a window. “Look, nurse, those are our boys going to Germany, we can rely on them.” Overhead,” writes the author, “passed a flight of British bombers from nearby RAF Abingdon heading east at the start of the Battle of the Ruhr.” Stirring times in sterner days.

Doris Miles left Chequers in mid-March, her work done, but not before a humorous ceremony. “I had to march into the dining-room after dinner (all male) and present him with a ruby-red capsule on a silver try, to be told, ‘The price of a good woman is above rubies.”’ This has been spun by the usual cynics as gauche misogyny. In truth it was said with a twinkle, and both of them knew it. “He is, of course, a little naïf when he preens himself on not losing a night’s sleep,” Doris wrote. “He forgets that he takes precaution each night to prevent such a mishap, in the shape of a little red tablet.”

Doris lived to be 100, glad at the end that her last twenty-seven years without Roger were over.  This is far more than a Churchill book. We cannot begin to describe its riches in a small space. It is well worth the read. It describes two people deeply in love, separated by war, with shrewd observations of life at the top; and at the bottom, amid the blacked-out streets of shattered London. Readers will profit from Jill Rose’s exposition of those times. It is another example of why that generation is often referred to as the greatest.