No Peace Till Victory 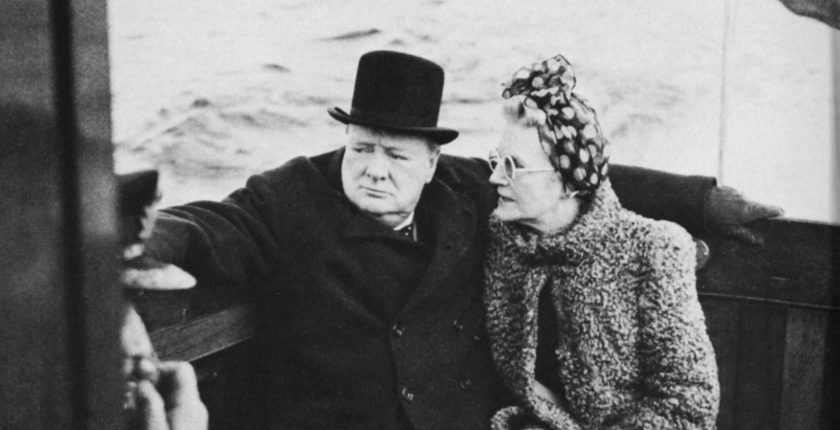 When reading Churchill’s biography, one often comes across timeless quotations from the great man. While directly addressing the problems at hand, his statements often can be applied to current events. As events in the Middle East continue to spiral out of control, as ISIS grows in power, and as any victory that might have been gained there is lost, the following is worth consideration:

To enter upon a struggle like this, to proclaim that vital & sacred issues are at stake, to cast the flower of the nation’s manhood into the furnace, to wage war by land and sea for four devastating years, & then to discover that the foe is so stiff that after all a reasonable accommodation is expedient, & should be brought about as quickly as possible is not, however it may be disguised, anything which resembles ‘an honourable peace’. To set out to redress an intolerable wrong, to grapple with a cruel butcher, & then after a bit to find him so warlike that upon the whole it is better to treat him as a good hearted fellow & sit down & see if we can’t be friends after all, may conceivably be a form of prudence but that is the very best that can be said for it…1

Churchill made this statement late in 1918, near the end of World War I. In the summer and fall of 1918, the tide of World War I had begun to shift in favor of the Allies. The German advance was first halted then steadily pushed back. By mid-August, the German command was thinking about how to end the war without losing all they had gained. The war-weary British also began to seek an end to the incessant death and destruction. Some, like Lord Lansdowne, advocated territorial concessions to Germany in order to hasten peace. He thought the war too costly: “We are not going to lose this war, but its prolongation will spell ruin for the civilised world, and an infinite addition to the load of human suffering which already weighs upon it.” Churchill thought this view shortsighted. 2

In war Churchill consistently considered the final effects of his actions. In June of 1918, while Germany was still on the march and rapidly approaching Paris, he urged his colleagues to plan for the next year: “Unless while we are fighting for our lives this summer, we can look ahead and plan for 1919, we shall be in the same melancholy position next year as we are this.”3 Churchill took similar long-term considerations into account regarding peace with Germany.

Accordingly, in a letter to his constituents in August, 1918, Churchill opposed Lansdowne’s advice. “Let us not pretend that we have won yet,” he told them. There was more fighting to come and war-weariness was no excuse for delusion. Instead, Churchill exhorted them to remember the reason they were fighting Germany. They must stop the butcher, not capitulate to him.

It was no use to say it was “an honourable peace” if it was done out of exhaustion or cowardice. Furthermore, to cede land to Germany at the height of her conquest would be to cement those gains as legitimate for the future. It would take the Germans “at their most extravagant valuation; to stamp these false values forever upon the world & to blot out from the account our immense, and if we give them play, overwhelming resources? To do so will be to defraud & defile the destiny of man…”4

Instead, the allies must press on until they had won complete victory. Anything less would be disastrous. The proper aim in the struggle for “vital & sacred issues” is not only to defend those issues but to deter future attacks. Churchill expressed this principle to a gathering of Americans on 4 July 1918: “Germany must be beaten. Germany must know that she is beaten, must feel that she is beaten. Her defeat must be expressed in terms and facts which will for all time deter others from imitating her crimes, and which will make it impossible for her to renew them.” To this end, he called on Britain and America to “stand together till the work is done, in all perils, in all difficulties, and at all costs, wherever the war may lead us, right to the very end. No compromise on the main purpose; no peace till victory; no pact with unrepented wrong.”5

Churchill’s insistence on victory was not born of revenge or malice. He insisted in the same speech that “we are bound by the principles for which we are fighting.” So that when the Allies conquered them, “the German people will stand protected by these fundamental principles of right and freedom, against which they will have warred so long in vain.”

The long term effects of a land-for-peace compromise would have undermined the principles for which Churchill was fighting. Such concessions would serve only to embolden future tyrants, to elevate the standing of a militaristic Germany in the eyes of the world, and to dishonor and cheapen the sacrifice of the myriad British citizens who had died to stamp out the German menace. Churchill’s focus on these future prospects served as guides during the chaotic war years. He said as much himself: “The conditions of this war are perpetually changing every 3 or 4 months, and a new view has to be taken and readjustments made. As the gale blows now from this quarter and now from that, a different setting of the sails is necessary, though the object of the voyage and the principles of navigation are unaltered.”6

1 This is not to say that Middle Eastern dictators are the same kind of threat as Germany in 1918. Nor is this an argument that the United States or the West generally must stay in the Middle East until we have established functioning democracy. Long-term goals, however, could have been more prudently considered.