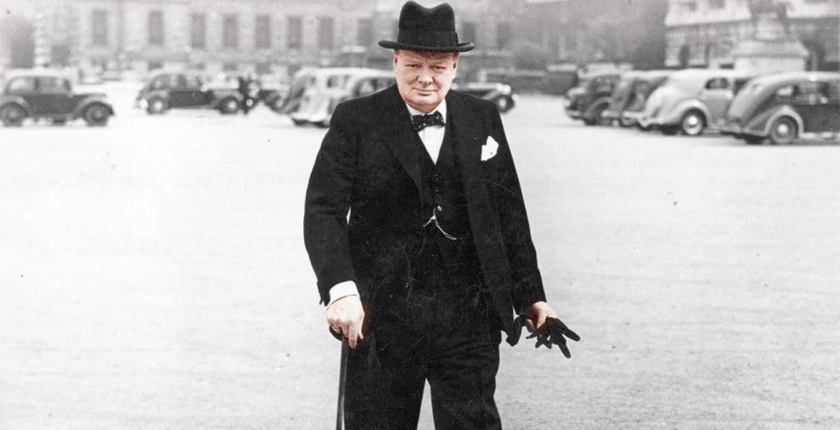 Here is a well-written and organized review of mainly well-known events, retold with dramatic prose and crisp analysis. It’s an ideal book for young people unfamiliar with the scope of Churchill’s achievement in 1940, and, indeed, for anyone who wants a good review of the events that saved Western civilization.

It doesn’t start off that way. There are several typos for proper names (spelled correctly in the index). Early on we read: “In the autumn of 1939, Americans could be forgiven for thinking that Chamberlain did nothing without first consulting [U.S. Ambassador Joseph P.] Kennedy” (47). While both were prominent they were hardly confidants; a year or so before, Chamberlain had spurned an offer of involvement in the deepening crisis by Kennedy’s chief, Franklin Roosevelt.

Halfway through the book the perils mount and Churchill becomes prime minister: Dunkirk is evacuated, France falls and the tempo intensifies in the rapid march of events. By the end of May 1940, the war cabinet faces a bitter choice: fight on, with no obvious route to victory, or accept an armistice or cease-fire, on whatever terms Hitler (who is anxious to make them) might offer. Kelly describes the stark options, and their leading advocates: Halifax the pragmatist, Churchill the “maximalist and romantic.”

“Churchill in the abstract was easier to admire than Churchill the flesh-and-blood man,” Kelly writes, “whose remarkable qualities of mind and heart came with a high prices in the form of rashness, bellicosity, a galloping ambition, endless monologues, and a backward–looking vision” (144). This is a narrow view of Churchill’s character, based overmuch on the evident strain of leading a nation with its back to the wall. Liberty is no backward vision.

On May 26th Halifax had “a better debate,” but he was outmatched: “When Churchill spoke of fighting on alone, the mantle of history—Agincourt, Waterloo, Trafalgar, the Armada—sang through his sentences. When Halifax spoke of achieving a new ‘European arrangement,’ he sounded like a nervous solicitor reading from a half-thought-out brief” (208).

Churchill, Kelly writes, “opened up his imagination and invited the House and the country in,” telling Britons they were defending not just their country, but the world cause: “Churchill’s particular genius as a leader lay in his ability to make people feel they had to rise to his level, which had the effect of making them a little bigger and braver than they were….” By eloquent persuasion, and not without a little skullduggery, Churchill transformed Halifax’s peace option “into an unacceptably shameful act” (246-47). Crucially, he insisted there was nothing to lose: “If Britain continued the fight and was ultimately defeated, the terms offered would be no worse than the terms on offer now” (248).

Churchill’s speech to his outer cabinet on May 28th finally carried the day: “I have thought carefully in these last few days whether it was part of my duty to consider entering negotiations with That Man. [But this means] we should become a slave state….I am convinced that every man of you would rise up and tear me down from my place if I were for one moment to contemplate parley or surrender. If this long island story of ours is to end, let it end only when each of us lies choking in his own blood upon the ground” (251-52). His colleagues cheered. They were with him to a man.

The peace lobby continued for awhile. On June 17th, the day France fell, Rab Butler, a Halifax confidant, spoke with Swedish Ambassador Björn Prytz. According to Prytz, Butler said “no opportunity should be missed [for] a compromise….no diehards [meaning Churchill] would be allowed to stand in the way,” that Halifax summoned Butler while they spoke, saying that “common sense and not bravado would dictate the British government’s policy” (304-05). Historians argue that Halifax never said that, although Butler might have.

Kelly’s source here is an anti-Churchill ideologue who has been widely discredited. The historian Thomas Munch-Petersen addressed this episode thirty years ago, citing Churchill’s note to Halifax when he learned of the Butler-Prytz meeting: “It is quite clear to me from these telegrams and others that Butler held odd language to the Swedish Minister, and certainly the Swede derived a strong impression of defeatism.”1

Halifax passed the PM’s note to Butler, who insisted he’d been misquoted, saying that if he really disagreed with Churchill he would resign—though he didn’t offer to do so. This is no surprise: throughout their relationship, in war and peace, Butler often praised Churchill to his face while doing his best to rid the party of him the rest of the time.

Churchill took no further action on the matter, but Kelly writes: “…it may be indicative of his feelings  toward Halifax that…in late 1940, the foreign secretary was shipped off to America as ambassador over his vigorous protests and the even more vigorous protests of Lady Halifax” (205-06).

This book will be compared with John Lukacs’ Five Days in London: May 1940 (1999), but it is broader, and digs deeper. Kelly tracks the story from 1919 through the appeasement years, the drift to war, the colossal defeats of 1940. He introduces new sidelights, such as the German attempt to influence the 1940 Republican convention in favor of the isolationists (they failed when the GOP nominated Wendell Willkie), and the reaction to events by ordinary Britons, explaining why they jeered at Hitler’s “peace offer” in July 1940.

Kelly also shows how Churchill spun his argument, converting the Luftwaffe’s 4:1 advantage over the RAF to a mere 5:3, for example, by citing recent production rates—one of several artful devices not in Lukacs. Nor does Kelly leave us, as Lukacs did, with a sense of Churchillian triumph. But he understands leadership: “It was Churchill’s unique achievement that, in the midst of mortal danger, he was able to fashion a new national narrative [that made] the plumber and the shopgirl feel like participants in a great historical pageant” (320).

Kelly’s fine writing and feel for those perilous times puts us in mind of Larry Arnn’s lectures in the Hillsdale online Churchill course. Some things, Dr. Arnn said, are indeed worth the ultimate effort. “Some things you may have to die for.”