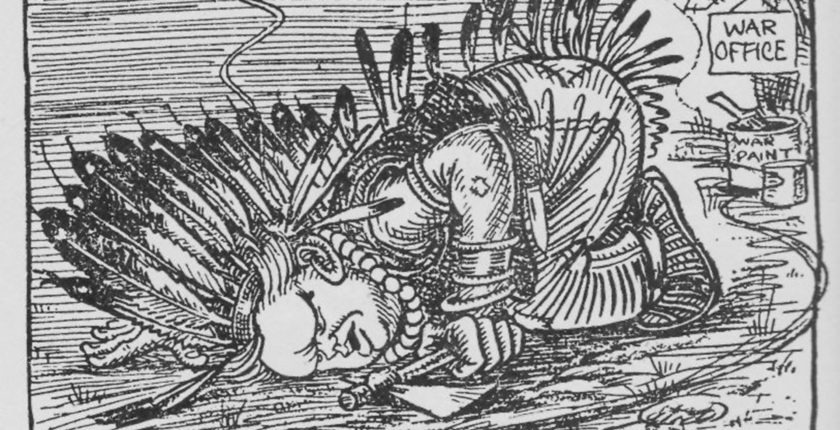 This self-published, print-on-demand paperback is promoted on an Australian website called “The Crazz Files” (I think they need a “y” and one less “z”). It is listed alongside such gripping links as “secret-plan-to-put-5000-heavily-armed-troops-on-streets-of-britain,” “rothschilds-control-israel,” “tony-blair-should-be-dragged-in-shackles-to-court-over-iraq-war,” and “the-complete-works-of-eustace-mullins.” (Eustace Mullins, speaking at the 1990 “Global Sciences Congress,” said: “Many of the black nobility still have homeopathic physicians and the most famous one is the Queen of England, who herself is treated regularly….”)

The promo claim is that the Mad Dog’s “entire tale is a monstrous lie originally engineered to conceal the foul deeds of a deranged warmonger, and perpetuated out of ignorance and academic arrogance….King draws heavily upon ‘mainstream’ sources to strip bare the phoney [sic] facade of this vilest of charlatans. The surgical precision with which Churchill is cut down to size will radically change not only your view of the man, but also of the fake world in which we live.”

The author is described as combining “Madison Ave. marketing acumen with ‘City Boy’ instincts…one of the most tenacious detectors of ‘things that don’t add up’ in the world today.” “Had Sherlock Holmes been an actual historical personage,” the author says, “I would have been his reincarnation.” Mad Ave. and Sherlock: an unmatched combination.

According to Amazon, customers interested in this book will also be attracted to the author’s The Bad War: The Truth Never Taught about World War II, Napoleon vs. the Old and New World Orders: How the Rothschilds Conquered Britain & France, and The Myth of German Villainy. Clearly this is for a customer who is never put off by the paranoid, authored by a veteran conspiracy theorist who has left off defending Hitler and condemning the Rothschilds to focus on the Mad Dog Englishman. Well, somebody is out in the noonday sun; we report, you decide.

The cover hints at the contents: a newspaper front page on the sinking of the Lusitania, starving Bengalis (or perhaps German concentration camp inmates), Churchill smiling at Stalin, glasses of brandy, and so on. So Churchill sank the ship, caused the Indian famine and the Holocaust, bargained with the devil in Moscow, and was frequently drunk. (Use our search engine to find the facts on those subjects.)

It is now quite easy to self-publish a book, investing virtually nothing, with print-on-demand retailers who also have nothing to lose in the process. The concept may bring many otherwise unpublishable books to public attention; it also will lower the standards of the writing profession by seeing books into print without the benefit of editors or fact-checkers. The law of averages means a fraction of these are bound to contribute to the Onward March of Invincible Ignorance. We had thought to read or commission reviews of everything here, but concluded finally that we have more important things to do.