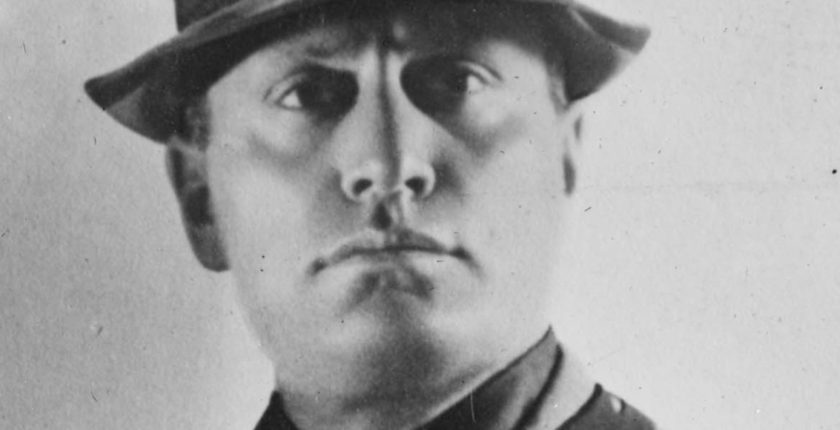 The latest book about a tall tale which refused to die, Franzinelli’s book seems endless—but it is welcome nevertheless. Unlike almost every other book on the mythical correspondence between Churchill and Mussolini, this one delivers the truth, fastidiously revealing the story of a blatant hoax.

Franzinelli uses a journalistic approach with a novel-like narrative structure to cover the facts and describe the socio-political milieu behind the old story. He examines the behavior and actions of the famous or shady characters involved and thoroughly documents his conclusions.

Part I presents the dramatic personae: veterans of the Nazi puppet regime, the 1943-45 Republic of Salò, Mussolini’s Italian Social Republic. Most of them boasted direct connections with the deceased Duce who, they claimed, had entrusted them to safeguard the alleged Churchill-Mussolini papers. Chief among them was Enrico De Toma, a young member of the Republican Guard, who stated that Mussolini had called him to his refuge in Milan just before his fatal attempt to escape, entrusting him with a large packed bag for a confidant in Geneva. De Toma claimed that in 1949 he recovered the mysterious bag, coming into sole possession of the Churchill-Mussolini “Carteggio.”

The second major player was the self-styled Marquis Ubaldo Camnasio, a well-known forger of high priced historical documents for those wishing to claim a noble title, something much sought-after 1946, when Italians voted to abandon the monarchy in favor of a republic.

From a meeting between De Toma and Camnasio the “Carteggio” took on a life of its own—a trove of apocryphal papers including not only Churchill’s letters offering peace and friendship to Mussolini, but letters to the Duce by King Victor Emmanuel III, Count Ciano (Mussolini’s son-in-law and foreign minister), Dino Grandi (foreign and justice minister and one-time ambassador to Britain), Monsignor Montini (later Pope Paul VI) and even Adolf Hitler.  The papers were created in a variety of cunning ways: complete fakes (the Churchill-Mussolini letters); alterations of real documents; reconstructions of documents based on other faked material.

The forgers distributed the documents to right-wing newspapers in an attempt to rehabilitate Mussolini’s reputation—to obfuscate his role in dragging Italy into the war and his connivance in Hitler’s atrocities. They also hoped to encourage the neo-fascist Movimento Sociale Italiano, which had won a number of seats in parliament. The Fifties and Sixties were years of political upheaval and attempted power-grabs by fascist elements, most ending with farcical results. The “strategy of tension” included a bomb attack on a Milan bank, although the culprits were never caught and it is not known whether they represented the Left or Right. Later, in the “Years of Lead,” came the bloody attacks of the Red Brigades.

Perhaps more important to the plotters were financial rewards from publishers, and they did manage to involve two of Italy’s largest: Rizzoli and Mondadori (the latter also published Churchill’s war memoirs). Rizzoli serialized the “Carteggio” in its popular magazine Oggi, but desisted after De Toma and Camnasio were subject to a criminal investigation.

Part II and the appendix provide transcripts of the contents of all the fake Churchill-Mussolini letters, some illustrated. The absurdity of some is readily apparent. There are poor imitations of stationery, including one supposedly from Chartwell, which was closed during the war. From a technical viewpoint some seem quite legitimate, but close examination by Churchill experts quickly discloses their artificiality.

To cite a few obvious examples: the headed paper is not the same as that used at the time, and is nothing like Churchill’s actual letterheads; the typewritten characters do not match those of Churchill’s secretariat, which exclusively used Remington Noiseless typewriters; the handwritten letters, including their signatures are collages copied from authentic letters; and the style and syntax is plainly that of a non-native English writer.

The appendix offers an interesting summary of the “Carteggio” by Sir William Deakin, Sir Winston’s literary assistant on The Second World War and History of the English-Speaking Peoples, who adds to the weight of evidence. The early letters ridiculously imply that the two leaders had an arrangement by which Mussolini would align Italy with Germany to influence Hitler; the later ones suggest that Churchill was willing to negotiate a separate peace with Mussolini and recognize his Republic of Salò, unbeknownst to his allies.

Churchill’s actions during the war refute such possibilities. His war memoirs contain the only two authentic letters between them: Churchill’s letter of 16 May 1940 imploring Mussolini to stay out of the war, and the Duce’s arrogant reply and refusal two days later. Franzinelli also reports the denial of Churchill himself, in conversation with his agent Emery Reves and his Italian publisher Mondadori in October 1955.

Judicially, this urban myth ended years ago, in 1958-59, when Milan courts declared the papers forgeries and condemned Camnasio and De Toma, the latter having conveniently escaped to Brazil. But that didn’t stop the letters resurfacing periodically ever since, in books that unequivocally accepted them as genuine. One author argued that Churchill’s ostensible 1946 painting holiday in Italy was really taken to find and destroy the incriminating letters. Another said the British Secret Service was involved in a failed recovery attempt.

Franzinelli touches on certain other issues involving actual letters, including correspondence between the Duke of Windsor and Hitler, which, if genuine, would embarrass the Royal Family. He also publishes a genuine letter from Count Ciano to Churchill, written a few hours before Ciano’s execution at behest of his father-in-law in January 1944. The Count calls Mussolini a clown, and Churchill “the champion of a holy struggle,” vowing that his posthumous memoirs would expose the truth. This letter was preserved by Ciano’s nurse and executor Felicities Beets, who undertook to deliver his last letters to their addressees, and bears the stamp of the Chartwell Trust.

Mimmo Franzinelli has at last pronounced “case closed” on this long-running Churchill myth. Given the thoroughness and depth of his writing, an English edition would be warmly welcomed. Aside from the main exposé, he includes interesting but hitherto unpublished aspects of Anglo-Italian relations during World War II.