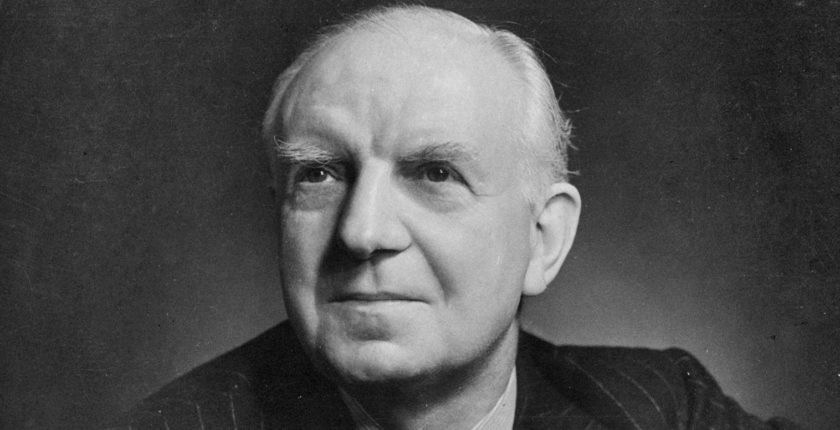 “Almost all the food faddists I have ever known, nut-eaters and the like, have died young after a long period of senile decay. The British soldier is far more likely to be right than the scientists. All he cares about is beef…. The way to lose the war is to try to force the British public into a diet of milk, oatmeal, potatoes, etc., washed down on gala occasions with a little lime juice.” —WSC to Lord Woolton, 14 July 1940, The Churchill Documents 15: 514.

Frederick Marquis, First Earl of Woolton, was wartime Minister of Food (1940-1943) and of Reconstruction (1943-1945). His first position gave rise to the rueful expression in rationed Britain, “Woolton Pie: steak and kidney pie without the steak and kidneys.” The editors’ excellent foreword makes it clear why this is a work about Churchill. The diaries “illuminate the complexity and problems of dealing with a high public profile figure like Winston Churchill, sure of his own importance and that of his own agenda in politics.”

Basing their work on family sources, the editors suggest that Woolton’s Memoirs (1959) were watered down after the uproar over Alanbrooke’s (1957-59). This new work restores the omitted passages, albeit at a stiff price that will limit the readership it deserves.

The Diaries and Letters offer a much more extensive selection of July 1940 correspondence than Churchill’s famous crack about food faddists. The Prime Minister’s first quibble that month was about the meat ration. He also questioned Woolton’s curtailment of luxury dishes in hotels and restaurants:

I take the opportunity of asking for some short explanation about the underlying principles of your policy. Is it worse for a country, for a man to eat a little of three or four courses of food, daintily cooked out of scraps, or a good solid plate of roast beef? Is it more patriotic to avoid luxury by having the food, whatever it is, cooked badly? Is it wrong to eat up the luxury foods which are already in the country, or ought they to be wasted? This is just the sort of criticism which will be raised in Parliament.

The last sentence was unashamedly disingenuous, Churchill was clearly thinking of his own “daintlily cooked” meals. Likewise, he was guilty of terminological inexactitude when he told Woolton on 12 July that he “hardly ever” visited a restaurant. The editors note that Woolton “was capable of a robust response to such challenges.” In 1941 he replied to another Churchill lament with Burkean tones: “You state that the Order is illogical: I agree, but it is practical and based on the considered advice of the trade.” 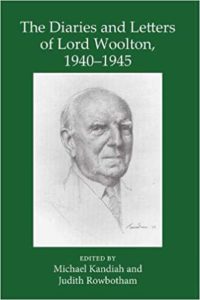 Woolton was and remained primarily a successful businessman, and his private diary is very businesslike. Churchill was “not very good in his judgement on these home affairs,” he complained in November 1941; “he doesn’t seem to understand that nobody else wants rationing any more than he does, but that there has to be rationing when there are short supplies.”

Some of Churchill’s correspondents picture him as meddling in petty details beneath his purview, while others see it as his penchant for detail. Thus his famous memorandum on rabbits (14 June 1941), when he knew Hitler was preparing to invade Russia and presumably had more important things on his mind:

Have you done justice to rabbit production? Although rabbits are not by themselves nourishing, they are a pretty good mitigation of vegetarianism. They eat mainly grass and greenstuff, so what is the harm in encouraging their multiplication in captivity?

The Diaries and Letters show that Woolton usually worked smoothly with his boss, but had his own private thoughts. In a March 1943 broadcast, Churchill downplayed Woolton’s idea about planning for the future peace, provoking Woolton to write:

[Churchill] began by saying that too many people were wasting time talking about plans for the future and that what was wanted was that everybody should concentrate on the job of winning the war. Having delivered himself of that he then proceeded to take up the whole of his twenty minutes with vague statements about the line he proposed to take in reconstructing the affairs of the nation.

It was a foolish broadcast. He said nothing specific, but his promises were rosy, although vague, [yet] he has effectually damped down any public effort at planning for the postwar period. He made it quite clear that he intended to continue as PM and his mind was made up as to his policy. In view of the fact that, presumably with his approval, quite a number of members of his Government are hard at work on postwar planning, it was difficult to reconcile his remarks with fact.

Ironically—or perhaps not so ironically, since Churchill had a knack for knowing his colleagues’ strengths—Woolton became Minister of Reconstruction in November 1943. Woolton now seemed to become as cautious about the future as his boss, writing the PM:

The chief danger we have to face is excessive ambition. Immediate tasks will be so urgent and complex, the reaction from the stimulus of war so great, preoccupation with urgent private affairs so engrossing, that the country will have neither time nor energy for far-flung schemes of fundamental reconstruction. Expedition will be far more important than theoretical perfection.

The editors believe Woolton tempered his views “to get Churchill on side,” but his diary suggests that his concern was genuine: “Obviously,” he wrote, “people are expecting the new heaven and the new earth.” Such hopes indeed had much to do with the election result. The public did expect “fundamental reconstruction,” like nationalisations and a National Health Service. Labour won the election on those promises, and Woolton was glad to be rid of the burden. In July 1945 he wrote his daughter:

There is dissatisfaction everywhere and I doubt if anyone will keep much reputation. For nothing could be further from the truth than that Labour is interested in social reform—they are going in for economic reform and I think must go in for nationalisation of something—coal, I suspect & it will take them a long time to get it worked out. I do not believe they really have a plan except in words.

This shows how wrong a seasoned man of affairs could be. We now know that the Coal Industry Nationalisation Bill was published only five months later, in December.

A review can offer only an incomplete sample of this book’s wealth of information. Woolton’s writings are complemented by an Afterword, “Woolton after 1945.” He served in Churchill’s brief caretaker government; but only after the election did he formally join the Tory party, becoming its chairman in 1946. Though an old friend of Attlee’s, he served Churchill again in his 1951 government, retiring in December 1955, eight months after Sir Winston.

The book is well organized, with footnotes on the page they reference, rather than bunched at the end. It is complemented by a detailed index. It is well balanced between a thematic and a strict chronological approach. Proofreading was of a high order and only a few errors were spotted. A minor irritation: the bibliography does not always give the date of the first edition, which is misleading. For example, a standard work, Education in the Second World War, is attributed to Philip Gosden in 2013. The author was Peter Henry John Heather Gosden and the book was first published in 1976.

The Diaries and Letters constitute a most welcome addition to the ample list of personal records from ministers and civil servants on Churchill’s wartime government. It is an important and revealing addition to the scholarship of the era.

Antoine Capet, FRHistS, is Professor Emeritus of British Studies at University of Rouen, France, and author of a new reference work, Churchill: Le Dictionnaire. A longer review was published by the author in Cercles: Revue pluridisciplinaire du monde anglophone.