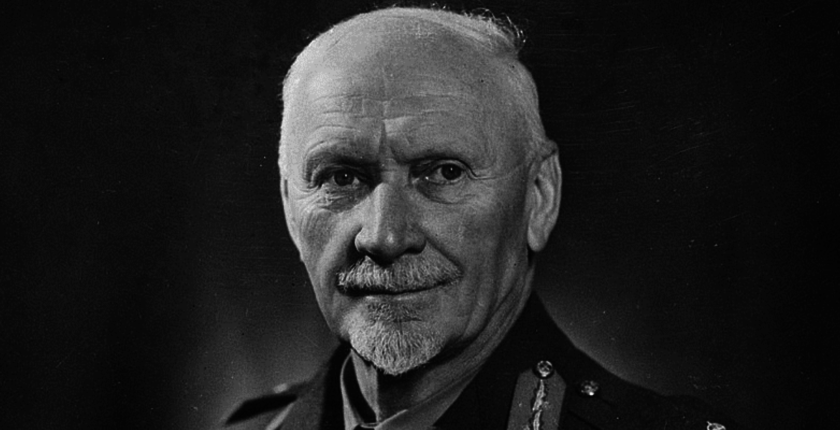 “Idealism is Not Enough. Universality is Not a Solution”

Hillsdale’s Winston S. Churchill, Document Volume 18: One Continent Redeemed, January-August 1943 is replete with gems of Churchillian wisdom, found buried in the obscure reports and documents Sir Martin Gilbert and Hillsdale’s team of researchers have brought together. These monumental volumes of hitherto unpublished Churchill material are a veritable textbook of statesmanship.

One example was an associate Churchill highly respected, perhaps above all others: South African field marshal and World War II premier Jan Smuts (1870-1950). A speech by Smuts was reported in November 1943 by Churchill’s parliamentary private secretary, George Harvie Watt.

Churchill was at Cairo meeting with President Roosevelt before their summit in Teheran with Stalin, when Harvie Watt sent the prime minister his weekly report, “The Business of Parliament” for 25 November:

“Field Marshal Smuts gave an address entitled ‘Thoughts on the New World.’ When he entered the room and and he rose to speak, he received a tumultuous ovation.”

Smuts was speaking not on the New World of the Americas but the new paradigm that would confront the Western allies at the end of the war. He delivered a warning that might be repeated today, by a candidate for President or an op-ed writer: words that strike us as laden with wisdom prescience—not only for 1943, but for the present. They certainly reflect the principles Winston Churchill strove to uphold, with mixed success, in his meetings with Roosevelt and Stalin.

Smuts identified “two dangers,” Harvie Watt told Churchill: “(1) The danger of oversimplification in a world where the problems are so complex, and (2) The danger of following catchwords, and so missing the real problems of the world.”

If we over-simplify, Smuts declared, “we are lost, and that is what happened in 1919. If we follow that course after this war then we shall lead to a greater disaster than ever before.

“We hear a great deal about freedom and democracy,” he continued. “These words tended to become clichés which in the end would not lead us very far. Our enemies also were led astray by catchwords and tended to fall into the same trap, but on different ideas. They concentrated on the idea of the Fuehrer or Leadership. We must have a mixture of freedom and democracy on the one hand and leadership on the other.”

Without freedom, Smuts told Parliament, leadership alone is not enough: “After the Great War in 1919 we thought that the Balance of Power idea would have been abolished, and that universality was established.” But “idealism is not enough. Universality is not a solution. There is the problem of power, and that is what this war is about. In arranging for a new world organisation we shall have to provide not only for freedom and democracy but also for leadership and power.”

There is eerie relevance to Smut’s words. In Iraq in 2003 the United States, with the catchphrase “Operation Iraqi Freedom,” tried to establish freedom and democracy—but forgot leadership, and forsook power. The result was anarchy, arguably a worse situation, for Iraqis and the world. Later, in Libya, we applied power but not leadership, failed to establish peace or security, and left perhaps a worsened situation.

In every sphere of human endeavour Churchill, and his great contemporaries like Smuts, foresaw the dangers and potential for evil. Many of those dangers are our dangers today. But Sir Martin Gilbert reminds us: “He also pointed the way forward to our solutions—for tomorrow….

That is one reason why his life is worthy of our attention. Some writers portray him as a figure of the past, an anachronism, a grotesque. In doing so, it is they who are the losers, for he was a man of quality: a good guide for our troubled decade and for the generations now reaching adulthood.