Revisiting “Induna”: The Ship that Carried Winston Churchill into Fame 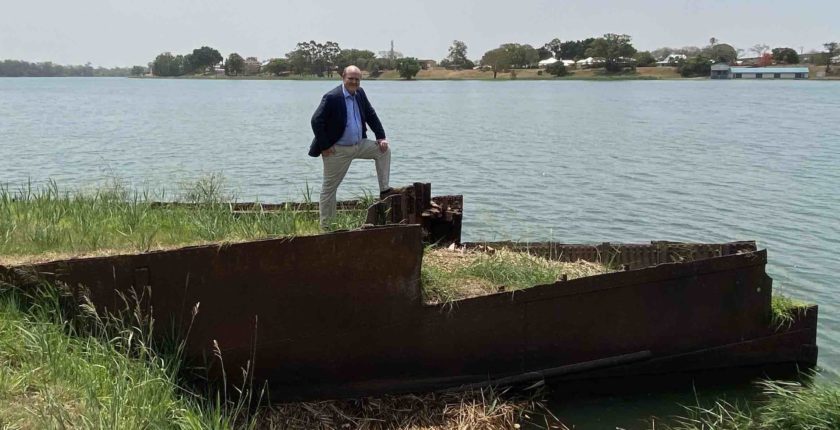 A delightful happenstance came my way in Australia recently. My company builds and runs prisons under contract to various governments. I  was visiting a new prison we are building in New South Wales, near a town called Grafton on the Clarence River. Whilst touring this new and rather wonderful facility, I was stopped by the project manager. He asked if I were aware of the connection between Grafton and my grandfather, Sir Winston Churchill.

I confessed I was not aware of any, so he took me down to the River Clarence, and showed me the broken hulk of a ship called Induna. She was the coaster that transported young Winston Churchill from Lourenço Marques, Portuguese East Africa (now Maputo, Mozambique) to Durban, South Africa after his dramatic escape from the Boers in December 1899.

In October 1900 Churchill, riding the fame of his escape, was elected Member of Parliament for Oldham. Shortly afterward, Induna was sold to Australia’s Burns, Philip & Co. She subsequently worked the Pacific islands. During the First World War she was chased and captured near the Marshall Islands by the German merchant raider SMS Wolf.

In 1925 Induna became a rail ship, ferrying trains across the Clarence River, a major obstacle on the rail route between Brisbane and Sydney. She was decommissioned in 1932, when a railway bridge was built. She lies half buried on the riverbank in Earle Page Park, South Grafton. A section of her prow remains, silent witnesses to a key event in the Churchill saga.

On 12 December 1899, young Winston went over the wall at the Boer prison camp in Pretoria. He had been captured after fighting in the famous Armoured Train incident, despite protests that he was a war correspondent. Characteristically, he left a light-hearted note for the Boer Secretary of War, Louis de Souza

I have the honour to inform you that as I do not consider that your Government have any right to detain me as a military prisoner, I have decided to escape from your custody…. I therefore take this occasion to observe that I consider your treatment of prisoners is correct and humane, and that I see no grounds for complaint…. Regretting that I am unable to bid you a more ceremonious or a personal farewell, I have the honour, to be, Sir, Your most obedient servant, Winston Churchill.

Over the veldt the escapee travelled, the drama well described in his autobiography and elsewhere. (See “Further reading.”) Safe at last, he presented himself at the British Consulate in Lourenço Marques. Taken for a vagrant, he was ordered away. But he “made so much noise,” his son wrote, that he was identified, given a bath, dinner and exit plan. The city was full of Boer sympathizers, so the Consul, Andrew Carnegie Ross, escorted him to the quay with “twelve armed gentlemen.” “Except for a pair of elderly ladies in deck chairs, who seemed annoyed at the boisterous arrival,” wrote Robert Lewis Taylor, “everybody within sight was amiable and sympathetic.” 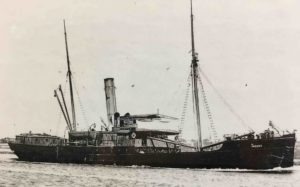 As Induna sailed on the 21st, Churchill filed a despatch:

It is from the cabin of this little vessel, as she coasts along the sandy shores of Africa, that I write these lines, and the reader who may persevere through this hurried account will perhaps understand why I write them with a feeling of triumph, and better than triumph, a feeling of pure joy.

Induna docked at Durban on the afternoon of December 23rd where, Taylor wrote, “the lid of British enthusiasm was blown off more emphatically…. Churchill stood in the bow and, in the idiom of the ring, ‘mitted’ the crowd. His hour had come at last.”

The war had been going badly and the British desperately needed good news. In Durban harbour, ships flew bunting, small craft swarmed, bosun’s pipes, whistles and sirens added to the cacophony. Three bands were playing as Induna was warped to the quay. The former desperado made several impromptu speeches, one apparently from a rickshaw! Soon Churchill was a world celebrity.  He ran for the second time in Oldham, was handily elected, and took his seat in the House of Commons 14 February 1901. For the next sixty-five years, he was rarely out of the news. SS Induna had carried Winston Churchill into fame.

Churchill on prisons: “An unfailing test of civilisation”

It has always struck me as wonderfully ironic that I, who run prisons, should be a grandson of a renowned jail-breaker. Even better, I discovered his words about prisons and imprisonment as Home Secretary. They appear in our Prison Officers training manual. Here is what he said, on 20 July 1910:

We must not forget that when every material improvement has been effected in prisons, when the temperature has been rightly adjusted, when the proper food to maintain health and strength has been given, when the doctors, chaplains and prison visitors have come and gone, the convict stands deprived of everything that a free man calls life. We must not forget that all these improvements, which are sometimes salves to our consciences, do not change that position.

The mood and temper of the public in regard to the treatment of crime and criminals is one of the most unfailing tests of the civilisation of any country.

A calm and dispassionate recognition of the rights of the accused against the state and even of convicted criminals against the state, a constant heart-searching by all charged with the duty of punishment, a desire and eagerness to rehabilitate in the world of industry of all those who have paid their dues in the hard coinage of punishment, tireless efforts towards the discovery of curative and regenerating processes and an unfaltering faith that there is a treasure, if only you can find it in the heart of every person—these are the symbols which in the treatment of crime and criminals mark and measure the stored up strength of a nation, and are the sign and proof of the living virtue in it.

Speaking as someone who runs prisons, it has never been said better.

Imagine what a feeling it was for the grandson of the man whose career blossomed on that short voyage to stand on Induna’s ancient, rusting hull! And one final note. The Zulu word “Induna” means “leader,” “commander” or “great chief. The little coaster was presciently named. 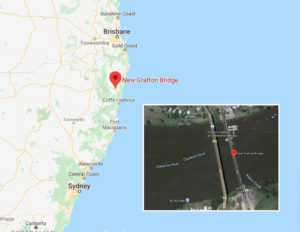 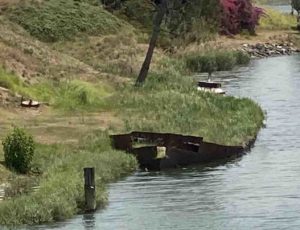 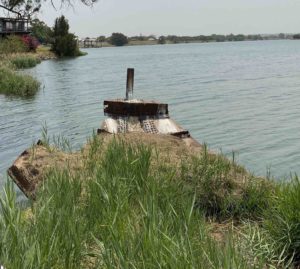 Rupert Soames OBE, the fifth child of Lord and Lady Soames and grandson to Sir Winston Churchill, is Chief Executive of the Serco Group plc.