“Don’t ever tell people ‘I Told You So’” 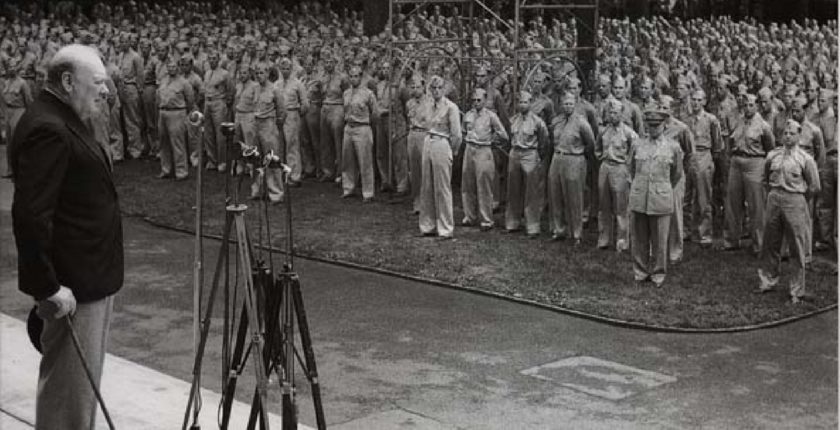 Avoid telling people “I told you so,” said Churchill, who resisted “rubbing it in,” even when he was proved right.

A reader of a Churchill remark​ to his daughter Mary, recounted by the historian John Lukacs: “Don’t ever tell people ‘I told you so.’” Asked to confirm the source, we could not find it in anything by Lady Soames. ​Yet this was a maxim ​Churchill frequently ​stated. We ferreted out several examples from the literature. Here are the most interesting:

In December 1944, Churchill had flown to Athens to adjudicate a civil war that had broken out between royalists and communists. There he encouraged the appointment of Archbishop Damaskinos as regent, to encourage unity and end hostilities. His doctor, Lord Moran, observed: “Intervention in Greece was his own idea, and he had to defend it​ ​practically single-handed. It is one of Winston’s engaging qualities that he will never say ‘I told​ ​you so,’ yet two years later the temptation must have been compelling,​ ​for his policy was taken over, lock, stock and barrel, by the United​ ​States.”

The Earl Alexander of Tunis recalled the Greek episode in addressing the Rt. Hon. Sir Winston Spencer Churchill Society of Edmonton, Alberta on 24 April 1967. His words reveal not only something about Churchill, but offer good advice about avoiding recriminations in general:

To return to his acceptance of​ ​Archbishop Damaskinos [as a unifying figure to unite the warring parties] we may well ask ourselves if Sir Winston was a good​ ​chooser of men. There is little doubt that first impressions weighed​ very heavily with him. On the other hand, he had no use for ‘Yes men.’​ ​He loved argument and discussion, and was only too happy when he could​ ​convince people that his views were the right ones. But if his friends​ ​or advisors could convince him that he was wrong, which was not an easy​ ​thing to do, he accepted our opinions and backed them up to the hilt​ ​with the fullest loyalty and cooperation. I think that one of his most​ ​endearing qualities was that he never bore malice or rancour against​ ​anyone who disagreed wit​h ​him. As far as I know, he never said, ‘I told​ ​you so,’ whatever the occasion may have been.

Ted Morgan, in Churchill: The Rise to Failure, offers an example of Churchill’s maxim, combined with the interesting suggestion that he preferred being in opposition to being part of a government (or at least a party government, as opposed to a coalition, which attracted him). After the 1906 general election, a sweep which propelled Churchill’s Liberal Party into office with a vast majority:

An exultant​ ​Churchill wrote to Bonar Law, whose rise in the Tory ranks had been​ ​temporarily halted by his defeat in Glasgow, that ‘the wheel has swung​ ​full circle in the country and we may be at work for some time. I resist​ ​all temptations to say I told you so! Perhaps if you had a clear run​ ​you might have got across your fence. But the ‘double objective’ [free​ ​trade and the treatment of Chinese coolies] was fatal. It would be great fun to be a​ ​Tory now. I expect you will not be long out of the House. The wheel may​ ​turn again.

Field Marshal Sir Henry Wilson noticed Churchill’s impulse not to pound on about how he had been right, on 12 April 1921 after the Turks had inflicted a painful defeat on the Greeks, which Churchill hoped would encourage less conflict in Asia Minor. From  The Churchill Documents vol. 10:

I had a long talk with Winston in his new room in the Colonial Office.​ ​He is delighted the Greeks have been whipped by the Turks and hopes they​ ​may have further disasters. He has always been on my side over this. He​ ​says PM [Lloyd George] is very sore about it and advised me to walk warily and not say​ ​‘I told you so’ too often….

Featured Image: They were with him now, but he never said “I told you so”: Churchill addressing Americans at Harvard, 1943.