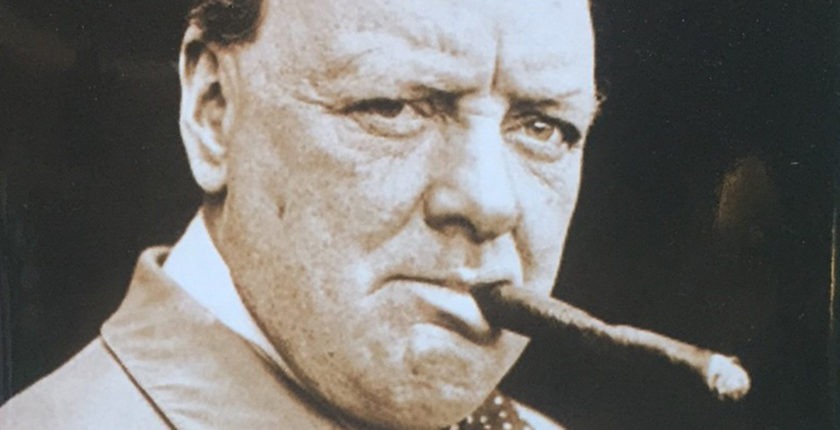 The Rt. Hon. Sir Winston Spencer Churchill Society of Edmonton, Alberta, is the only Churchill organization formed in its namesake’s lifetime, and with his consent. For over half a century, the Society, and its offshoots in Calgary, Vancouver and Victoria, have aided the cause of Churchill Studies with annual dinners. There fifty distinguished Churchillians have held forth on every aspect of the man (warts and all)—a singular, irreplaceable cadre.

Volume I of The Heroic Memory, published in 2004, comprising the first twenty-five years of memorial addresses, was a stunning collection. For example, the first six were Lord Harding of Petherton, Earl Mountbatten of Burma, Earl Alexander of Tunis, Lord Butler of Saffron Walden, former Prime Minister Sir Alec Douglas Home and General Mark Clark. Their words are among the most quoted in the Churchill canon.

Among the charms of this book are the speakers’ many references to Canada—tailored, of course, to their hosts, but nevertheless fitting, and not often acknowledged in histories we read today. Per capita, Canada was the largest contributor of fighting personnel, materiel and capital to the Allied cause in World War II. No nation was more generous, and by the time the war ended the feisty Canadian Navy was one of the largest and most effective afloat. Every speaker at Edmonton, in his or her own way, acknowledged the enormous debt we all owe to “The True North Strong and Free.”

It is tempting to spoil the treat for readers by pulling plums from the text. Bill Deedes, between profound consideration of the great man’s ups and downs, suddenly describes Churchill’s famously weak whisky and soda: “It had a white card over the top. I’d always assumed this was to keep the flies out. I think he liked to see it there. It wasn’t so much to drink but it was there to give him comfort.”

Robert Rhodes James, who spent much of his academic career as a critic, reflects at the end of his sharp discussion: “Churchill’s weaknesses as a Parliamentarian became his greatest asset, and the hostility against him was marvellously eclipsed by one speech, the brief and unforgettable ‘Blood, toil, tears and sweat’….As he walked out of the chamber Desmond Morton, his great friend and aide, was sitting in the Official Gallery…Churchill winked at him and said, ‘That got the sods, didn’t it?’” Sir Robert memorably concludes: “The East End remembered him. They’d never voted for him, but at a terrible time they had stood and suffered together, and so in a London context at least, he did indeed ride in triumph through Persepolis.”

But I am violating my admonition not to cherry-pick. You must read this book yourself. It is not something to be devoured in a few evenings. Rather, it is a thing to return to again and again, a fine dessert, too rich to be handled in one sitting.

A thing some reviewers may not notice—but I do, because I’ve had the benefit—is the skillful choreography of Ronald Cohen. Edmonton could not have chosen a more judicious editor. Himself the author of a standard work, the 2200-page Churchill bibliography, Mr. Cohen brings an eagle-eyed determination to clear up every anomaly. This is not easy in a collection of speeches, which, after all, were entirely transcribed from audio.

The footnotes are supplied by the editor. They never overwhelm, or turn the text into an academic treatise. Cohen’s aim is accuracy and enlightenment. See for example his explanatory notes to speeches by Countess Mountbatten (17-18), Sir David Hunt (57-58) or Lord Deedes (124-25). Of course they include references to Churchill speech dates, or publishing details of books or articles; but they go much farther than that, adding to our knowledge of people, places and times. When the Countess mentions that her father in 1910 flew “terrifying old bi-planes…I think it was an S.27,” the editor notes: “Likely a Short S.27…Coincidentally, Churchill’s flight in November 1913 was made aboard a similar aircraft….”

Mr. Cohen also verifies every Churchill quotation, whether from a book, article or speech. Though understandable, readers might be surprised and even a little shocked to know how many quotations were incorrect in some respect. When he finds an error, but thinks the speaker’s assertion ought for structural reasons to be preserved, he marks it “[sic]”—as where Sir Michael Howard, for example, dates the “Finest Hour” speech in May 1940 (63), footnoting the actual date, 18 June. Often footnotes begin with “In fact….” This is editorial responsibility taken to its highest level.

“The memory of Churchill and the great generation he led,” writes Sir Winston’s great-grandson Randolph in the foreword, “will inspire people for evermore. Let us continue to celebrate and cherish those freedoms in his memory.” Ronald Cohen adds: “Long may the Rt. Hon. Sir Winston Spencer Churchill Society continue its important work. We are all the beneficiaries of it.”