“Hero of the Empire” – by Candice Millard 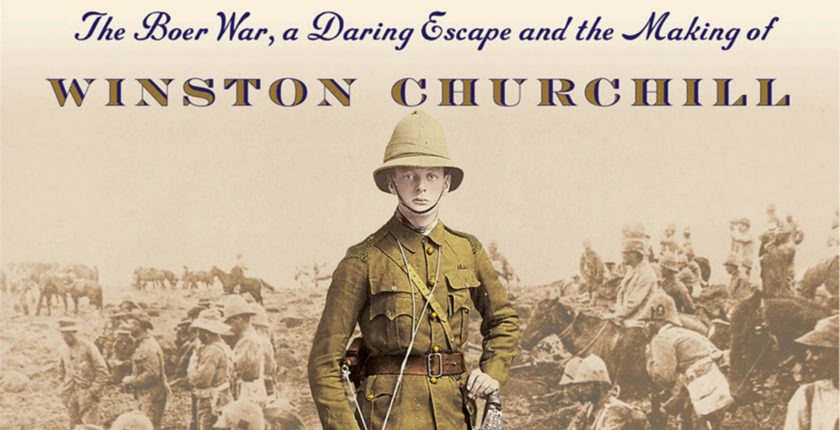 This book covers one year in the life of Winston Churchill—1899—and argues that those twelve months were absolutely epicentral to the man he later became. It established his national fame, connected his fate to that of the British Empire, introduced him to key figures who were to loom large later in his life, and set him on the road to his phenomenally successful political career.

Business commentators who write about seminal “take-off” moments for companies or products will recognize the phenomenon whereby suddenly a brand goes spectacularly global: 1899 was just such a year for Winston Churchill, as, some would say, was 1895, when he first visited America and met a life’s mentor, Bourke Cockran. Students of the man can fill in the rest: 1914, and so on. But Churchill himself wrote that 1895 “was to lay the foundations of my later life.”

Candice Millard is the distinguished author of two other first-class books on the period—about Theodore Roosevelt’s travels in Africa and the assassination of James Garfield—and she is excellent at setting the scene in an almost novelistic way, while keeping strictly to the facts, of course, before taking the reader through the experiences of her heroes. In Churchill’s case, the story of episodes such as the ambush of his train during the Boer War and his subsequent escape from the prisoner of war camp in Pretoria are very well known, nonetheless Millard manages to infuse them with an attractive freshness.

Although naturally Churchill’s own books, primarily London to Ladysmith via Pretoria and My Early Life, provide the ballast for Millard’s account, she has read deeply and widely around the subject, and doesn’t take Churchill’s word for anything unless she is able to double-check it against other sources. Her attitude towards Churchill is one of rather bemused affection: she does not seek to underplay his ambition and monomania, but appreciates the way it was leavened with humor, courage and self-deprecation.

The most controversial aspect of Churchill’s behavior in 1899 was in whether or not he had let down his fellow prisoners-of-war, Captain Aylmer Haldane and Sergeant-Major Brockie, in pulling off his stunning prison escape without them, despite it being their escape plan rather than his. They certainly thought so, and Millard seems to sympathize with them. Churchill had promised to go over the wall with his comrades, but when he saw his chance he took it. “In an instant, Haldane’s and Brockie’s plan and Churchill’s promise to his friend were completely forgotten,” Millard writes. “The only thought that rushed through Churchill’s head was ‘Now or never.’” In Churchill’s defense, the army’s Queen’s Regulations stated that it was the duty of officers to escape if they could.

Churchill’s escape came in the same week in December 1899 as Britain’s disastrous defeats of Stormberg, Magersfontein and Colenso at the hands of the Boers, known as “Black Week.” His adventure was a sole piece of good news to lighten the general sense of national gloom over these significant military setbacks. It concentrated the public’s mind, and when Churchill turned up alive and well in Portuguese East Africa (modern-day Mozambique), it was the cause of great celebration, allowing his countrymen to take their minds off what had happened to General Sir Redvers Buller’s army at the hands of the Afrikaans farmers on the veldt.

In that, as so much else, Churchill was lucky—as Clement Attlee would later say, one of the most charming things about him was that he never ceased saying so. But, as this fine book shows, he also strove hard to make his own luck.