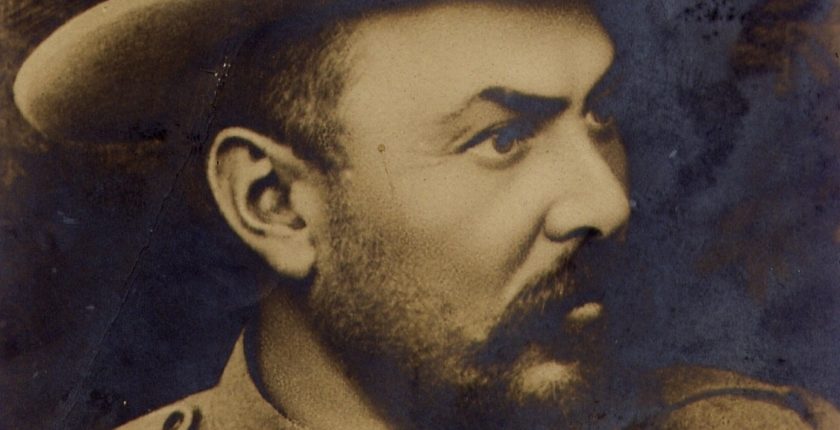 “We talked long about the ups and downs of life and the tremendous and terrible events through which we had safely passed….Few men that I have known have interested me more [than] this grand, rugged figure, the Father of his country, the wise and profound statesman, the farmer-warrior, the crafty hunter of the wilderness, the deep, sure man of solitude.”—WSC

In Great Contemporaries, Winston Churchill wrote: “The three most famous generals I had known in my life won no great battles over a foreign foe. Yet their names, which all begin with ‘B,’ are household words. They are General Booth, General Botha and General Baden-Powell. To General [William] Booth we owe the Salvation Army; to General [Louis] Botha, United South Africa; and to General [Sir Robert Stephenson Smyth] Baden-Powell, the Boy Scout Movement.”1

Despite Churchill’s own belief, he and Botha probably did not meet each other in the Second Anglo-Boer War (1899-1902). But they met afterward, and forged a notable friendship which lasted through World War I.

Louis Botha was born on 27 September 1862 in Greytown, Natal. At that time and into the next century there were four distinct parts of South Africa: two British colonies, Cape Colony and Natal; and two Boer republics, the Orange Free State and the South African Republic, more commonly known as the Transvaal. Louis was one of thirteen children born to Louis Botha Sr. and Salomina Adriana van Rooyen. He briefly attended the Hermannsburg School in Natal before his family relocated to the Orange Free State in 1869.

The historian Basil Williams wrote that during the First Anglo-Boer War (December 1880-March 1881), eighteen-year-old Botha “played a useful little part…by cutting adrift all the boats and pontoons on his side of the Vaal, which were being used by English messengers to communicate with the troops on the Transvaal side.”2 In the years that followed, Botha helped organize the Nieuwe Republiek, with its capital at Vryheid, which later joined the Transvaal. When the Transvaal declared war on Britain in 1899, Botha joined the Boer commando invasion of Natal, rising quickly in rank and heading major operations.

On 15 November 1899, during their advance around Estcourt to reach the Indian Ocean before British reinforcements could arrive, Botha’s troop ambushed an English armored train near Chievely, a village halfway between Escourt and Ladysmith.3 On board were a company of Dublin Fusiliers, the Durban Light Infantry, a small six-pounder naval gun, some sailors, and others including the war correspondent of London’s Morning Post, twenty-five-year-old Winston Churchill.

Part of the train was derailed and attacked by Boer riflemen. Churchill, despite his status as a non-combatant, courageously rallied the troops and cleared the track to let the still-standing engine escape with the wounded. The infantry hoped to escape on foot, using the locomotive as a shield, but could not keep up. Churchill told the engine-driver to cross the Blue Krantz River and wait. Then he left the cab and went back down the line to escort the British soldiers. Alas he found only Boers, one of whom, on horseback, leveled his rifle and took him prisoner.

For the rest of his life Churchill believed his captor was none other than Louis Botha himself. He based this on a conversation with Botha in 1902 when the latter came to London with a delegation of Boer generals, to ask for loans on behalf of their defeated and devastated country:

We talked of the war and I briefly told the story of my capture. Botha listened in silence; then he said, ‘Don’t you recognise me? I was that man. It was I who took you prisoner. I, myself,’ and his bright eyes twinkled with pleasure. Botha in white shirt and frock coat looked very different in all save size and darkness of complexion from the wild war-time figure I had seen that rough day in Natal. But about the extraordinary fact there can be no doubt. He had entered upon the invasion of Natal as a burgher; his own disapproval of the war had excluded him from any high command at its outset. This was his first action. But as a simple private burgher serving in the ranks he had galloped on ahead and in front of the whole Boer forces in the ardour of pursuit. Thus we met.4

As his son and biographer revealed in the first volume of his official biography, Churchill was almost certainly mistaken. While Botha was in the Chievely neighborhood, and perhaps even led the troop that attacked the armored train, Randolph Churchill quoted numerous South African sources who contradicted his father’s story. Randolph believed that his father had misunderstood Botha’s limited English—that Botha had meant he was in overall command, but not Churchill’s actual captor. That weight of evidence, Randolph concluded, “points unequivocally to Field-Cornet Oosthuizen, who was killed later in the war.”5

After his capture Churchill was imprisoned in a POW camp in Pretoria, from which he escaped, earning overnight notoriety and riding into Parliament on his fame as a national hero. As he related, he met Botha as a young Member of Parliament in 1902. It was the beginning of a long and close friendship.

As Under Secretary of State for the Colonies (1905-08), Churchill was personally involved in arranging a London conference of colonial prime ministers in April 1907. General Botha, who just two months earlier had been elected premier of the Transvaal, arrived in London with his nineteen-year-old daughter Helen. The Washington Postdescribed Helen as Botha’s “lovely daughter… She is very domestic, is a most accomplished needlewoman , a magnificent horse woman, and is fond of sport.”6

Rumors spread that Churchill and Helen were imminently to be engaged. His friend (and onetime flame) Muriel Wilson wrote to him, in what Roy Jenkins described as “a good balance between mild jealousy and mockery”: “I hear you are engaged to Miss Botha.” Muriel said she looked forward to the day “when you I hope—& Miss Botha, and all the little Bothas will come & see me.”7

The Manchester Chronicle sent a prepaid-reply telegram to Churchill, asking for confirmation of “something interesting.”8  Other newspapers asked him to confirm or deny his engagement. It was a false rumor, wrote Martin Gilbert: “…that autumn, still neither married nor engaged, Churchill left Britain for a prolonged European and African journey, accompanied by his father’s former servant, George Scrivings.”9 The following September, The Washington Post reported that Helen was betrothed to Hendrick Hofmeyer de Waal: “Miss Botha won all hearts when she was in London with her father during the Imperial conference, and it was whispered that she had captivated the affections of an important member of the British government.”10

In later years, Churchill and Botha were in regular contact and saw each other when the South African leader came to England. When the Boer and British provinces were united as a dominion in 1910, Botha became the first prime minister of the Union of South Africa. In August 1912, King George V appointed Botha a general in the British army. The news was “received with the greatest satisfaction all through the United Kingdom,” reported another American newspaper. “Few men have done more to win the respect of the country than the present prime minister of the South African dominion. Even during the heat of the Boer War his name was always mentioned with respect, and the qualities which made him an honorable not less than a capable component, were fully recognized.”11

In 1913, Botha stopped in England after a visit to Germany, where he had been taking the waters for a cure. He brought an urgent warning to Churchill, now First Lord of the Admiralty: “Mind you have all your ships ready. I can feel that there is danger in the air. And what is more…when the day comes I am going to be ready too. When they attack you, I am going to attack German South-West Africa and clear them out once and for all. I will be there to do my duty when the time comes. But you, with the Navy, mind you are not caught by surprise.”12

This was a remarkable declaration by a man who had fiercely fought the British in the Boer War. It was also courageous, since a sizeable number of South Africans would likely favor the Germans if war broke out in Europe. Churchill goes on to record a subsequent episode in which Botha might have been spared embarrassment, or worse. With Europe about to explode in July 1914, he asked a South African minister, David de Graaf, to warn Botha that war was imminent. The wire, Churchill wrote,

reached General Botha many hours later, but it reached him in time. That very night he was to start by train for Delagoa Bay, and the next morning he was to embark for his return journey to Cape Town on board a German ship. But for this telegram, so he afterwards told me, he would have been actually at sea on a German vessel when war was declared. The Prime Minister, the all-powerful national leader of South Africa, would have been in the hands of the enemy at the very moment when large areas of the South African Union were trembling on the verge of rebellion.13

Having made good his promise to overrun German South West Africa, Botha provided wise counsel to the British War Cabinet and to the postwar peace conference. Churchill praised him in words he didn’t often use: “Few men that I have known have interested me more [than] this grand, rugged figure, the Father of his country, the wise and profound statesman, the farmer-warrior, the crafty hunter of the wilderness, the deep, sure man of solitude.”14

Botha died aged only 67 in 1919. Churchill, who was Secretary of State for War by then, recorded their last meeting:

He came to see me at the War Office to say good-bye. We talked long about the ups and downs of life and the tremendous and terrible events through which we had safely passed. Many high personages from many countries used in those days of victory to visit me at the War Office, but there was only one whom I myself conducted down the great staircase and put with my own hands into his waiting car. I never saw him again. His death followed speedily on his return to his own country, of which in Peace and War, in Sorrow and in Triumph, in Rebellion and in Reconciliation, he had been a veritable saviour.15

6 “Social Gossip: A Budget of Interesting Personalities in the Realm of Fashion,” The Washington Post, 2 September 1907, 7.