The Churchill Project - Hillsdale College > Articles > Q & A > The Literary Churchill > “Eels get used to skinning”: Origins of a Churchill Phrase

“Eels get used to skinning”: Origins of a Churchill Phrase 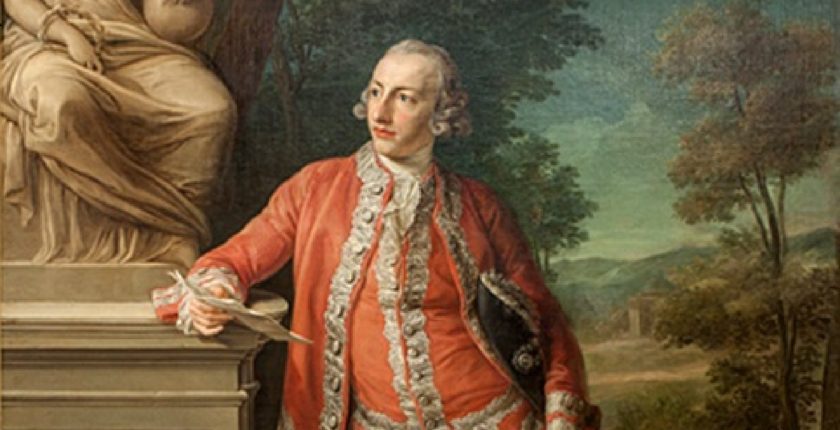 In his 1931 essay “Cartoons and Cartoonists” (republished in Thoughts and Adventures), Churchill made a curious remark: “Just as eels are supposed to get used to skinning, so politicians get used to being caricatured.” Nine years later in a secret session of the House of the Commons, as Britain was expecting German bombing, he said: “Learn to get used to it. Eels get used to skinning.” I’ve always wondered about the origin of this phrase—and how it makes any sense. Surely eels being skinned would already be dead?—J.T., San Diego, Calif.

Your question led us up and down many interesting side alleys, but can be answered briefly in the next paragraph:

Consulting Googlebooks, the Hillsdale Churchill archives, and British quotations expert Nigel Rees, I learned that this gruesome aphorism was not originated by Churchill. It dates back at least to 1782—when, I regret to record, eels were indeed skinned alive. For example, Boswell’s Life of Johnson (1791) mentions a fishmonger flaying a live eel. Johnson heard him “curse it, because it would not lye still.”1

Mr. Rees found the first appearance of this phrase in Thoughts Upon Hunting, by Sir Peter Beckford2 who wrote: “A gentleman seeing a girl skinning eels alive asked her, ‘if it was not very cruel?’—‘O not at all, sir,’ replied the girl, ‘they be used to it’” (116). The same year, Beckford included this in his Thoughts Upon Hare and Fox Hunting.3

An avid hunter, Sir Peter held highly advanced views for his time on the treatment of animals. His popular books saw many printings over the centuries. His line was soon in vogue, even emerging in  a House of Commons debate.

In May 1792, advocating the abolition of slavery, the abolitionist Member of Parliament William Windham4 said he “trusted it would not be said that…because [slaves] had long suffered under their misfortunes, there was no great harm in continuing the trade a little longer; like the person who, when charged with cruelty for skinning eels alive, answered, they were used to it.”5 This was almost certainly derived from Beckford.

Expansions of the eels remark in the 19th century include a novelette, “Working the Oracle,” in Ainsworth’s Magazine in 1845: “…eels get used to skinning; and speculators get used to bleeding….once the blood begins to flow in a full stream, it flows merrily, and the victim looks on with increasing indifference.”6 In a later short story, “Kites and Pigeons,” journalist Joseph Hatton wrote: “Eels get used to skinning, pigeons to plucking.”7 These two appearances put meat on the bones (pardon the expression), but so far as we can tell, Churchill never expanded the aphorism to include speculators, or pigeons!

Another appearance came in a novel, The Awakening of Mary Fenwick, by Beatrice Whitby Hicks, which at least assures us that by 1901, people had stopped skinning eels alive: “…they say the eels get used to skinning, but not while they’re alive, poor beasts, I reckon.”8

It’s unlikely that Churchill read Mary Fenwick, though he might have heard of the author’s son. Brigadier Philip H.W. (“Pip”) Hicks CBE was one of those extraordinary soldiers who served with distinction both World Wars. In first, he was twice mentioned in despatches and awarded the Military Cross and Distinguished Service Order with Bar. In the second, he won another DSO during the invasion of Sicily in 1943.9

Since the phrase remained popular centuries after Beckford coined it, Churchill could have picked it up anywhere, but there is one small clue. A new edition of Thoughts upon Hare and Fox Hunting was published in 1931—the same year Churchill first used the expression. It is not inconceivable that Churchill, a great animal lover himself, first read the expression there.10

We found only one reference to a Beckford in Churchill’s canon, but it is to his cousin William, the “abbot” of Fonthill Abbey, the Gothic folly. In 1937, a friend wrote Churchill praising a war book, Guy Chapman’s Vain Glory. Chapman was William Beckford’s bibliographer.11 The friend was his old companion Reginald Barnes, who had accompanied Churchill to report the Cuban revolution in 1895.

It is amazing, the arcane but interesting facts we learn, delving into such questions!

2 Sir Peter Beckford (1740-1811), landowner, huntsman, writer, collector and patron of the composer and pianist Muzio Clementi. He was the nephew of William Beckford, Lord Mayor of the City of London, and cousin of the novelist William Thomas Beckford, builder of the folly Fonthill Abbey in Wiltshire.

5 John Almon, John Debrett, John Stockdale, The Parliamentary Register, or History of the Proceedings and Debates of the House of Commons During the Second Session of the Seventeenth Parliament of Great Britain, vol. 32 (London: Debrett, 1792), 401. Googlebooks, http://bit.ly/1T9hkQ7, accessed 8 February 2016. They did have to wait: slavery was abolished in the British Empire in 1833.

8 Beatrice Whitby, The Awakening of Mary Fenwick (London: Appleton, 1901), 65. Beatrice Whitby Hicks (1855-1931) was a Devon novelist whose books were widely read and reprinted, this one quite recently, and available on Amazon. Googlebooks, http://bit.ly/1T9kfs9, accessed 5 February 2016.