The Churchill Project - Hillsdale College > Articles > Q & A > Churchill in WWII > Dinner at Chequers on the Night That Changed Everything, 7 December 1941

Dinner at Chequers on the Night That Changed Everything, 7 December 1941 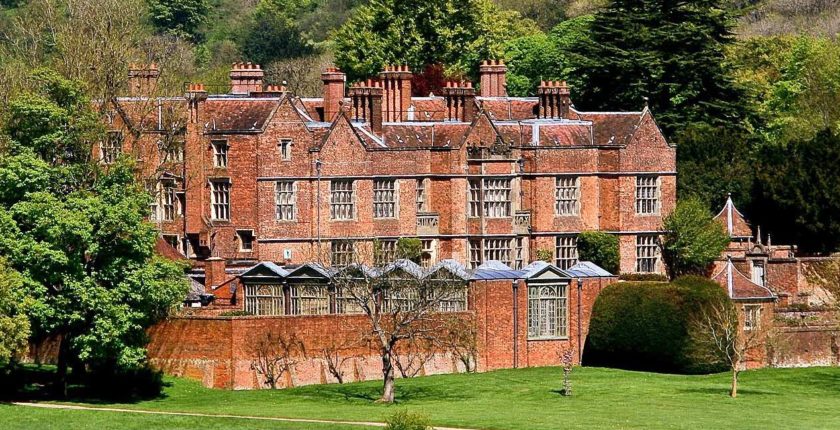 Chequers, near Wendover in Buckinghamshire, has been the country house of UK prime ministers since it was given to the nation for that purpose by Lord Lee of Fareham in 1917. (Cnbrb, Creative Commons)

Q: Who were the dinner guests?

Historynet, sponsored by the publisher of World War II and Aviation History magazines, asked us to answer an interesting question from a reader: “I’ve heard that Churchill was hosting a party for prominent Americans when news of Pearl Harbor broke, and that none of the Americans knew where Pearl Harbor was. Any truth to that story?”

The story is wrong in several respects, but in the process of checking we learned much about events at Chequers on the fateful evening. Readers may be interested in this more expansive report than we supplied to Historynet, including several facts we didn’t know.

A: Seven guests, and some confusion

Churchill was hosting prominent Americans, but the “party” was held the previous night, the 6th. All Americans present on the 7th knew where Pearl Harbor was, but one Englishman was confused. For the answers, we consulted Cita Stelzer (Dinner with Churchill, 2013). Ms. Stelzer noted that the party, for Kathleen Harriman’s 24th birthday, occurred the previous night….

For details of each dinner at Chequers that weekend, Ms. Stelzer referred us to Averell Harriman and Elie Abel (Special Envoy to Churchill and Stalin, 1975):

As Kathleen Harriman’s birthday fell on the weekend, she was asked to Chequers along with her father and Ambassador [John Gilbert] Winant. Her actual birthday was Sunday, but it was mistakenly celebrated Saturday evening at dinner. When the birthday cake was carried in, the Prime Minister offered an appropriate toast and gave Kathleen an autographed copy of his book The River War.1

Clementine Churchill was also present that night, and there is no reason to suppose others mentioned by Harriman and Abel were not there also. The “party” referenced by Historynet’s reader clearly occurred on the 6th.

According to Harriman, there were eight for dinner on the 7th—a more sombre affair:

Mrs. Churchill was not feeling well [and] did not come downstairs for dinner, Kathleen and Pamela Churchill were the only women present. General Ismay was there; also the Prime Minister’s naval aide, Commander Thompson; his principal private secretary, John Martin; Winant and Harriman.2

The party atmosphere of Saturday night had vanished. “The Prime Minister seemed tired and depressed,” Harriman recalled. “He didn’t have much to say throughout dinner and was immersed in his thoughts, with his head in his hands part of the time.” By 9 p.m. (earlier than usual in the Churchill household), dinner was over.

Churchill recalled that “Winant and Averell Harriman were alone with me at the table….”3 This is incorrect. It’s possible that the ladies might have “left the table,” as they did in those days, and perhaps some of the men as well. But according to Special Envoy, at least four members of the dinner party remained when Frank Sawyers, Churchill’s valet, brought in a portable radio for the  9 o’clock news:

The Prime Minister must have been a bit slow in opening the radio because the first headline item heard by his guests was about a tank battle in Libya, south of Tobruk. The British forces, Harriman recalled, were not doing too well. After reading the headlines, the announcer turned to a more detailed summary of the day’s happenings: “The news has just been given that Japanese aircraft have raided Pearl Harbor, the American naval base in Hawaii. The announcement of the attack was made in a brief statement by President Roosevelt. Naval and military targets on the principal Hawaiian island of Oahu have also been attacked. No further details are yet available.”4

Historynet’s questioner was right in thinking that someone was confused, but he was not American. According to Harriman:

I was thoroughly startled, and I repeated the words “The Japanese have raided Pearl Harbor.” Tommy Thompson heard it differently. “No, no,” he interrupted. “He said Pearl River.” While Tommy and I argued the point, the announcer went on to other news about Hong Kong and Japanese troop concentrations in Indochina. The Prime Minister, recovering from his lethargy, slammed the top of the radio down and got up from his chair. At that moment Martin appeared at the door and said excitedly that the Admiralty was on the phone for the Prime Minister. Winant and I followed him out to his office.5

Thus, according Harriman, those at the table hearing the radio report were Churchill, Winant, Harriman and Thompson. Sawyers, who had brought the radio, confirmed what they’d heard: “It’s quite true, we [the staff] heard it ourselves. The Japanese have attacked the Americans.”6 John Martin may have heard the report elsewhere, because he “appeared at the door.” Ismay, the eighth dinner guest, is not mentioned.

It seems unlikely that Thompson, a navy man, was not acquainted with the American naval base in Hawaii—although Pearl River is the name of the estuary at Pearl Harbor, as well as the name of a New York town. Of course he simply might have misheard the radio announcer.

“In the same boat”

There is no disagreement on what followed, which was not without amusing aspects. As recalled by Ambassador Winant:

We looked at one another incredulously. Then Churchill jumped to his feet and started for the door with the announcement, “We shall declare war on Japan.” There is nothing half-hearted or unpositive about Churchill—certainly not when he is on the move. Without ceremony I too left the table and followed him out of the room. “Good God,” I said, “you can’t declare war on a radio announcement.”

He stopped and looked at me half-seriously, half-quizzically, and then said quietly, “What shall I do?” The question was asked not because he needed me to tell him what to do, but as a courtesy to the representative of the country attacked. I said, “I will call up the President by telephone and ask him what the facts are.” And he added, “And I shall talk with him too.”7

The Churchill-Roosevelt exchange is world famous: “Mr. President, what’s this about Japan?”….

“It’s quite true. They have attacked us at Pearl Harbor. We are all in the same boat now.”

Taking the phone from Churchill, Winant asked whether any ships had been sunk. On an unsecured telephone line, Roosevelt had to be circumspect:

The President confirmed that ships had indeed been sunk, although he had as yet no precise count. Churchill, in his memoirs, later recorded: “My two American friends took the shock with admirable fortitude.” For Harriman the plain fact that America, too, was now at war came as a great relief. “The inevitable had finally arrived,” Harriman recalled. “We all knew the grim future that it held, but at least there was a future now. We both had realized that the British could not win the war alone. On the Russian front there was still question whether the Red Army would hold out. At last we could see a prospect of winning.”8

No American will think it wrong of me if I proclaim that to have the United States at our side was to me the greatest joy.… So we had won after all! Yes, after Dunkirk; after the fall of France; after the horrible episode of Oran; after the threat of invasion…we had won the war. England would live; Britain would live; the Commonwealth of Nations and the Empire would live.… I thought of a remark which Edward Grey had made to me more than thirty years before—that the United States is like “a gigantic boiler. Once the fire is lighted under it there is no limit to the power it can generate.” Being saturated and satiated with emotion and sensation, I went to bed and slept the sleep of the saved and thankful.9

Writing as we watch the fall of Kabul, one can only hope the fire may be lit again sometime under that gigantic boiler, in God’s good time.

4 Harriman and Abel, Special Envoy, 111-12. A note reads: “A copy of the script read at nine o’clock that evening by Alvar Liddell, supplied to Harriman by the BBC, shows the hurried changes made at the last moment to accommodate the shocking news from Hawaii.”

Cita Stelzer, Dinner with Churchill: Policy-Making at the Dinner Table (2011) covers this famous dinner and scores of others. Uniquely, it shows how Churchill used the dinner table to advance policy. Section 1 includes meals during the 1940s, all over the world in multiple venues. Section 2 explains what Churchill ate and drank, interlaced with his humor, curiosity and zest. The final chapter is on rationing, a wartime challenge.