The Churchill Project - Hillsdale College > Articles > Truths and Heresies > Churchill and Religion > Did Winston Churchill Ever Wish to Convert to Islam?

Did Winston Churchill Ever Wish to Convert to Islam? 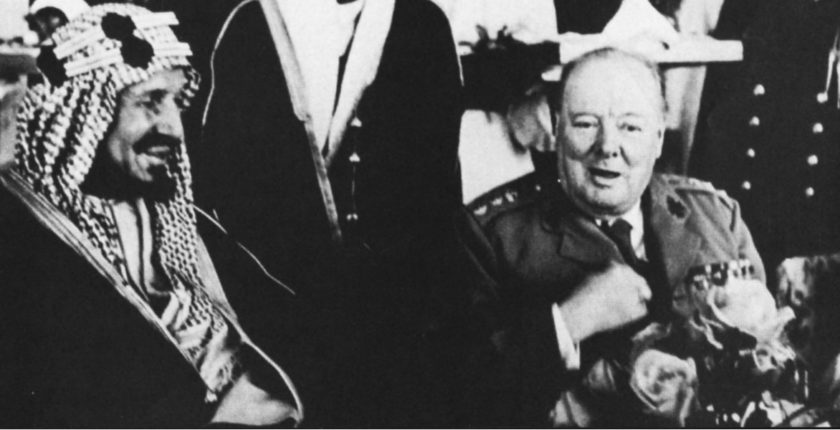 “The idea that Winston Churchill wanted to convert to Islam is utter tripe,” tweets the historian Andrew Roberts. This has not prevented the National Post from claiming that he did, in a December 2014 edition.

Churchill, writes Patrick Sawyer, “was a strong admirer of Islam and the culture of the Orient — such was his regard for the Muslim faith that relatives feared he might convert. The revelation comes with the discovery of a letter to Churchill from his future sister-in-law, Lady Gwendoline Bertie, written in August 1907, in which she urges him to rein in his enthusiasm.”

Churchill was not unaware of Muslim virtues. In 1898 he prowled the stricken field at Omdurman after British forces had decimated the Dervishes. The Muslim defenders were “as brave men as ever walked the earth,” Churchill wrote. “Their claim beyond the grave in respect of a valiant death was not less good than that which any of our countrymen could make.”

But the letter referred to, suggesting the he wished to convert, is misconstrued by Sawyer. Lady Gwendoline was clearly writing in light-hearted mode:

You will be wildly interested, but please don’t become converted to Islam; I have noticed in your disposition a tendency to orientalism, pasha-like tendencies I really have; you are not cross my writing this, so if you come in contact with Islam, your conversion might be effected with greater ease than you might have supposed…. (27 August 1907, as Churchill was preparing for travel to East Africa)

Lady Gwendoline’s letter to Churchill follows, taken from volume 3 of the official biography:

It is positively cruel of Fate to determine that we should not say good bye…. I can not help rebelling against fate, for how entirely unreasonable it can be, considering what pleasure it would have given us, I made the assertion in the plural; why I can not think, but all the same you would have liked me to have wined & dined & I would have liked to have done so, & what I call fate is a chain of impossibilities which prevented me from coming up to London, & which was of no use my trying to free myself from…

…so I must content myself by wishing you from here a very pleasant, happy & delightful journey, which I feel sure it will be, it will be wildly interesting, & you will be wildly interested, but please don’t become converted to Islam; I have noticed in your disposition a tendency to orientalism, pasha-like tendencies I really have; you are not cross my writing this, so if you come in contact with Islam, your conversion might be effected with greater ease than you might have supposed, call of the blood, don’t you know what I mean, do do fight against it! I am just off to the manoeuvres on the Downs, where what Punch calls the flower of the British Cavalry [are] mounting dashing chargers.1

“You will think me a pasha…”

In another letter quoted by the National Post, a month later, to his friend Lady Lytton, Churchill remarks: “You will think me a pasha [a rank of distinction in the Ottoman Empire]. I wish I were.”

The context of Churchill’s statement follows, taken from volume 4 of the official biography:

Today what a programme for me! First I am going at 10.30 to row about in a gondola with Gladys D. [Deacon, later Duchess of Marlborough] all the morning and then climb the tower of San Giorgio Maggiore. Then lunch with Helen [Vincent]: and afterwards gondola with that other person! Such a dream of fair women. You will think me a pasha. I wish I were. But still believe me it is a greater pleasure to me to write to you – and think of one kind heart that has a responsive palp for me – than to see these strange glittering beings with whom I have little or nothing in common….2

This is hardly an expression of driving ambition to convert. Writen to his former fiancée and lifetime friend,  it was simply a statement of frank self-analysis.