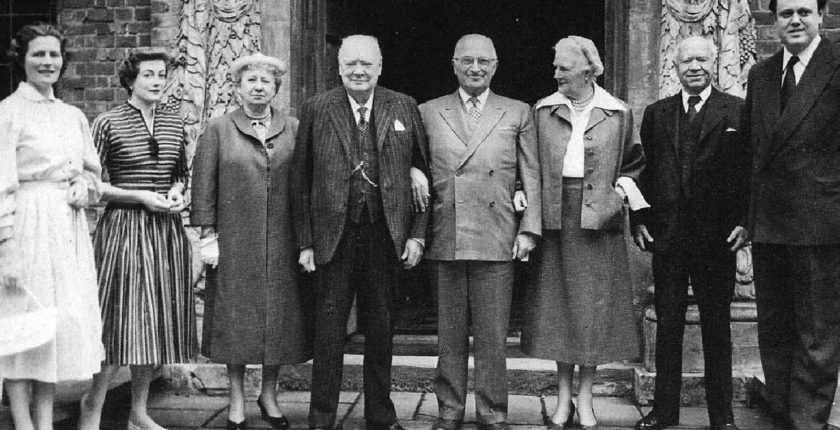 A reader writes: “Just in case you missed this: ‘Hitler Couldn’t Defeat Churchill, But Champagne Nearly Did: The Salt: NPR.’ Could it be that Churchill at one time owed his wine merchant the equivalent of $75,000 in 2016 dollars?”

Answer: No, but the bill was still large, and there is a reason why. Unfortunately, NPR is part of a contemporary media which seeks to highlight feet of clay among people most of us find admirable.

From Jefferson’s dalliance with Sally Hemings to Lincoln’s sexuality, the tear-down apparatus has been in daily operation at least since Vietnam and Watergate. Of course, long ago, Aaron Burr said some rough things about Alexander Hamilton, and the Democrats about Herbert Hoover. But lately, character assassination has become an art.

“In 1936,” NPR states, “Winston Churchill owed his wine merchant the equivalent of $75,000 in today’s money. He was also in hock to his shirt-maker, watchmaker and printer—but his sybaritic lifestyle, of a cigar-smoking, horse-owning country aristocrat, continued apace.”

Churchill did his critics a huge favor by saving every scrap of material, from state papers to liquor bills. One million documents, donated to the nation, is readily searchable in the superb Churchill Archives Centre (and to a wide extent through e-book versions of Hillsdale College’s The Churchill Documents). Thus, determined authors with an eye for scandal have an endless supply of grist to investigate every aspect his life, hoping to show that he was no greater a person than any of us, and profoundly flawed to boot. This is important apparently for our self-esteem.

We knew David Lough’s book No More Champagne, a learned treatise on Churchill’s finances, would prove irresistible to many writers. Articles and posts now bedizen the internet about Churchill’s precarious finances, his enormous bills for everything from cigars to silk underwear, his tax avoidance schemes, his close encounters with bankruptcy. Lough’s book was not disrespectful, but it does offer the makings of numerous omigosh stories.

“Sybaritic” is defined as “fond of sensuous luxury or pleasure; self-indulgent.” Churchill certainly enjoyed luxury, but “self-indulgent” would be an odd description of him—“sensuous” even odder.

By dint of an afternoon siesta, he squeezed double the normal of working hours into most days, enabling him to produce fifty books, five thousand speeches, fifteen million words, 600 oil paintings and substantial brickworks, while experiencing five wars and leading his country to victory in a sixth.

Mr. Lough claims that Churchill spent an average of £1160 per year (£100,000 today) with his wine merchants between 1908 and 1914. Reviewer Peter Clarke noticed that this would be “nearly a quarter of Churchill’s annual salary as a cabinet minister.” Curious, he did some digging, and found that Mr. Lough “misread his source, which actually shows that £1166 was the total for the eight years…about £150 per annum.”

Now these are still impressive if not sybaritic liquor bills. But stop and consider: Churchill entertained people in droves. He fed and watered those people on a serious scale. It was part of the overhead in his line of work.

True, he drank whisky all day long, but it was hardly distinguishable in color from tap water—“scotch-flavored mouthwash,” a private secretary remarked. It was a habit Churchill picked up in Asia and Africa when young—they thought it made the water fit to drink.

While he did consume impressive amounts of champagne, he deplored drunkenness, and claimed he was never drunk (despite plenty of jokes on the subject). “I had been brought up and trained to have the utmost contempt for people who got drunk,” he wrote in his autobiography—“except on very exceptional occasions and a few anniversaries.…” The only instance of drunkenness on record, noted by a reliable bodyguard at Teheran, occurred after an all-night bout of vodka toasts with the Russians: An “acceptable occasion”?

If none of this convinces you of Churchill’s more or less normality with respect to liking luxury and a good drink, ask yourself finally: How much does it matter? People complained to Lincoln that General Grant drank too much. Lincoln replied: “Find out what he is drinking and send a case to my other generals.”

After World War II, Churchill found himself in the unaccustomed position of being independently wealthy, mainly through publication of his war memoirs. Like anybody else, he sought to retain as much of that wealth as possible. Mr. Lough’s well researched text encouraged a cornucopia of overblown media stories suggesting that Churchill was a tax-dodger.

Question: Would a review of Hillary Clinton’s or Donald Trump’s tax avoidance methods astonish us? What about a review of our own? Doesn’t everybody try or hope to minimize taxes? The former Conservative leader William Hague rightly replied to all this: “Don’t judge politicians by their tax returns.”

NPR’s article cited also refers readers to the late Christopher Hitchens’ “excellent essay” in The Atlantic, April 2002: “Churchill Takes A Fall: The Revisionist Verdict: Incompetent, Boorish, Drunk, and Mostly Wrong.” Alas, this only displays how little they know about Churchill.

The Atlantic piece was not as bad as its title suggested. Mr. Hitchens, a noted iconoclast who regularly skewered phonies of all political stripes, was taking aim at the politicians who wrapped themselves in Churchillian rhetoric since 11 September 2001, then only six months past. Unfortunately, he larded his critique with every accusation against Winston Churchill except the one about how he caused the stock market crash in 1929. Churchill once remarked, “I have never heard the opposite of the truth stated with greater precision.”

Mr. Hitchens once remarked that in his business, causing a stir was an important object. So before you take that Atlantic essay seriously, please read the rebuttal, “The Atlantic Takes a Dive,” which required only 1200 words to demolish Hitchens’ 10,347-word rant.