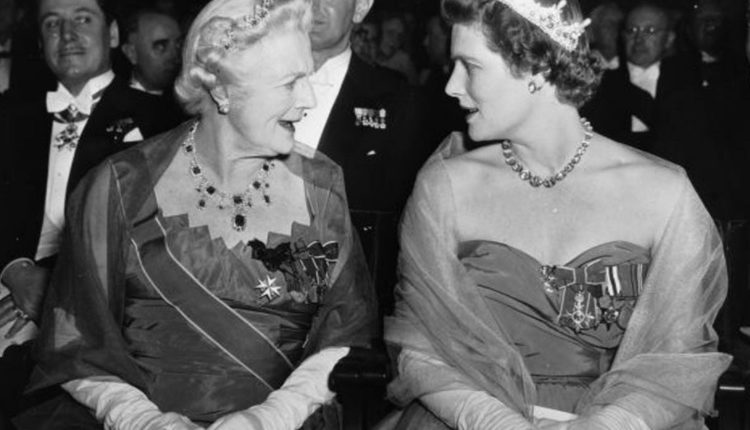 Churchill and the Nobel

On 27 November 1895, the scientist and philanthropist Alfred Nobel signed his last will and testament. The largest share of his fortune funded a series of Nobel Prizes, starting in 1901. The Nobel Prize honors people worldwide for outstanding achievements in physics, chemistry, medicine, literature and the promotion of peace.

On 16 October 1953, Prime Minister Winston Churchill learned that he had won the Nobel Prize in Literature. His private secretary, Anthony Montague Browne recalled that day. “Churchill deeply wished to be remembered as a peacemaker…. I remember vividly his early and touching joy, which turned to indifference when he learned that it was for Literature and not for Peace.”1

Churchill thought of the Peace Prize as ultimate acknowledgment of his life’s work. He had been a resolute peacemaker since the early 1900s. He helped to end the Boer War, negotiated the Irish Treaty, engineered a Middle East settlement, promoted a Jewish national home. For the last twenty years his efforts for peace through strength were unduplicated. Now he was trying to ward off a Cold War and a potential nuclear conflagration.2 But it was not to be.

Churchill’s first contact with the Nobel Committee was in 1939, when he nominated Edvard Beneš for the Peace Prize. He held a strong affinity for Beneš (whom he nicknamed “Herr Beans”), deposed by Hitler after Munich. Almost exactly a decade later, the aging patriot would be deposed again, this time by Czech communists. Unsurprisingly, there was no Peace Prize in 1939. (Churchill made a second nomination, the historian G.M. Trevelyan for Literature in 1955, again without success.)

Churchill himself became a candidate for the Peace Prize before the Literature Prize. In 1945 Halvdan Koht, historian and past member of the Nobel Committee, named seven candidates.3 All were cited for their efforts in World War II: Churchill, Beneš, Franklin Roosevelt, Anthony Eden, Maxim Litvinov, Jan Smuts and, surprisingly Josef Stalin. It was an odd assortment. Eden and Smuts had played important but subordinate roles in the war. Beneš had been in exile for the duration. Litvinov had not been Soviet foreign minister since 1939. And then there was Stalin—an absurd choice in retrospect, though at the time a victor over Hitler.

Koht did not explicitly nominate any of the seven. He finally nominated Cordell Hull, U.S. Secretary of State under Roosevelt from 1933 to 1944. Koht noted Hull’s improving of relations with Latin America, reducing barriers to international trade and role in founding the United Nations. Hull duly was the winner. Churchill’s prevailing reputation as a man of war conspired against him.

A Peace Prize nomination of Churchill occurred in 1950.4 He was named by Louis Frederik Vindig Kruse, Professor of Law at the University of Copenhagen. Twenty-eight nominees competed. The winner was Ralph Bunche, for having arranged a cease-fire between Israelis and Arabs during the war following the founding of Israel in 1948.

The Prize for Literature

According to Kjell Strömberg of the Swedish Academy, the first report on Churchill’s Literature nomination was in 1946. The Academy’s aged Per Hallström found “no literary merit whatever” in Churchill’s novel Savrola, and dismissed his autobiography My Early Life and memoir, The World Crisis. Only Marlborough, Hallström wrote, was a qualifying work.5

In a 1948 report, Churchill moved closer to winning. The Academy’s Nils Ahnlund referred to G.M. Trevelyan’s praise of Marlborough (despite the calumny Churchill heaped on Trevelyan’s great uncle Macaulay) and stressed the great documentary value of The World Crisis. This alone was not enough, Ahnlund wrote. But Churchill qualified when reinforced by his oratory: “No man has better known how to awaken such an echo by his eloquence, or to reach so vast a public. It is, then, basically for his oratory that Churchill deserves the Prize; but his art as an orator is well framed by the rest of his production.”6

The Swedish archeologist and scholar Birger Nerman formally nominated Churchill that year—and every year thereafter. Finally, on 16 October 1953, Swedish Ambassador to Britain Gunnar Hägglöf notified Churchill that he had won. The citation mentioned his “mastery of historical and biographical description as well as for brilliant oratory in defending exalted human values.” In his presentation address, Sigfrid Siwertz of the Swedish Academy cited The River War, Lord Randolph Churchill, The World Crisis, Marlborough, My Early Life, Thoughts and Adventures and Great Contemporaries, along with Churchill’s oratory.7 It is a commonly stated that Churchill received the Literature Prize for his memoir, The Second World War. That six-volume work was unfinished at the time, and not considered.

The Swedish Academy recognized a long and brilliant literary career that had begun in 1895. Despite Churchill’s disappointment in not winning the Peace Prize, he thanked them humbly. “I hope you have not been biased in any way in your judgment of my literary qualities,” he told Ambassador Hägglöf. “But at any rate I am very proud indeed to receive an honor which is international. I have received several which are national, but this is the first time that I have received one which is international in its character.”8 At Ten Downing Street he told reporters: “I think it a very great honor to receive from the Swedish Academy of Literature this distinction gained among all the other writers of the world.”9

In October 1953, Sir Winston wrote his wife in Paris. “It is all settled about the Nobel Prize. £12,100 free of tax. Not so bad. I think we shall have to go to Stockholm for a couple of days in December & stay with the King and Queen there.”10 As December approached, however, Churchill needed to attend the rescheduled Bermuda Conference with Eisenhower. If this furthered  peace, it was far more important.

“The Swedes were most understanding,” wrote his daughter Mary, “and a special request was sent to Clementine asking her to receive the Prize on her husband’s behalf. I was invited to accompany her.”11 Their trip preoccupied her father. “Yesterday, while Clemmie was in the air on her way to Stockholm to receive Winston’s Nobel Prize, he was jumpy and worried,” wrote Churchill’s doctor. “Then a message came. As he read it his face cleared. ‘They have arrived. I hate to have people I love in the air—unless I am with them.’”12

In Stockholm, December 10th, the day of the ceremony, dawned in pouring rain. Inside the Stockholm Concert Hall, bright lights shined on a joyfully dressed audience. King Gustaf VI Adolf arrived, with the Queen and two princesses. The King awarded each Nobel Laureate his Prize. They included Frits Zernike (Physics), Herman Staudinger (Chemistry); and two Laureates in Physiology or Medicine, Hans Krebs and Fritz Lipmann.  Finally, Siwertz introduced and awarded the Prize in Literature. Accepting for her husband, Mrs. Churchill received a gold medal and a diploma bearing a citation from the King. In the mostly Swedish ceremony, the presentation to Lady Churchill is in English.

That evening, a banquet occurred at Stockholm City Hall. Lady Churchill delivered her husband’s response: “The roll on which my name has been inscribed represents much that is outstanding in the world’s literature. The judgment of the Swedish Academy is accepted as impartial, authoritative, and sincere throughout the civilized world.” Churchill said he was proud but also “awestruck, at your decision to include me. I do hope you are right. I feel we are both running a considerable risk and that I do not deserve it. But I shall have no misgivings if you have none.”13

10 Mary Soames, ed., Speaking for Themselves: The Personal Letters of the Churchills (New York: Houghton Mifflin, 1999), 575.

13 Winston S. Churchill, banquet speech, read by his wife, in The Nobel Prize in Literature 1953.

Mr. Glueckstein, of Kings Park, New York, is a freelance writer and a world traveler in search of Churchill.