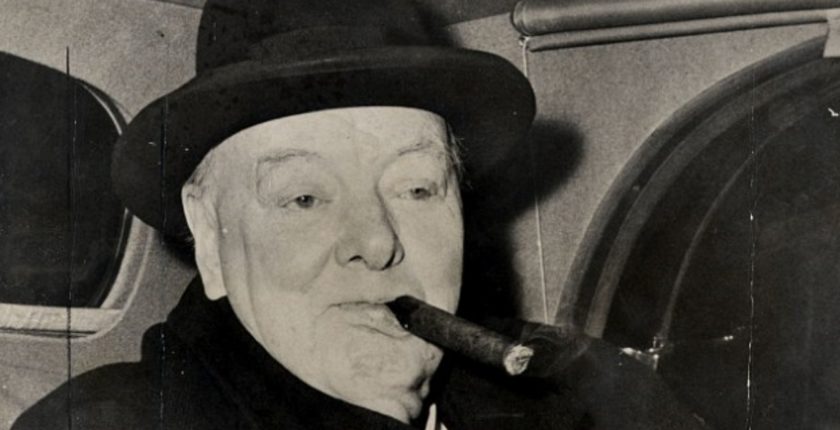 A recent book by a distinguished historian suggests that Winston Churchill disdained ordinary people. It cites another Prime Minister, H.H. Asquith, during World War I, providing a tow to a broken-down motorist and giving two children a lift in his car, “which he didn’t do for a crowd-pleasing photo opportunity.” The writer adds: “It is hard to imagine Winston Churchill behaving in such a fashion.”

It is not hard at all. In fact, Churchill did frequent kind things for ordinary people he encountered, privately and without fanfare. We know about them only through his private correspondence, thanks to official biographer Martin Gilbert, or the testimony of observers.

A prominent example is the gypsy couple Churchill befriended in Westerham. Grace Hamblin, longtime Churchill secretary and first administrator of Chartwell, recalled them in a 1987 speech to the Churchill Society:

There was a funny old gypsy living in the district, called Donkey Jack, because he had a donkey and trap, and a wife and a dog. My father, who was a farmer, called him a parasite, because he lived on stolen potatoes, strawberries and apples. But Sir Winston had a more romantic view. He thought it was wonderful.

When Donkey Jack died, and his donkey had to be destroyed, there was nowhere for poor Mrs. Donkey Jack to go. It wouldn’t be safe for her to live on common land. Sir Winston allowed her to live in his wood, in a little gazebo which had been there for years, full of earwigs and that sort of thing, but she loved it. It would have been stupid to offer her a house because she wouldn’t have understood it. He knew just what would give her pleasure.

In 1935, Mrs. Donkey Jack suffered a fractured ankle. Churchill sent her to hospital for treatment, but, realizing her camp and two dogs would be left unattended, asked his gardener Arnold to look after them.

“Should the worst be realized I shall try and get her into a decent home,” Churchill wrote his absent wife. “Meanwhile her savage dog (the little one) still stands a faithful sentry over her belongings. He allows Arnold to bring food at a respectable distance and consents to eat it, but otherwise he remains like the seraph Abdiel in Paradise Lost:

Among innumerable false, unmoved;
Unshaken, unseduced, unterrified;
His loyalty he kept, his love, his zeal.

Two other Westerham folk who benefitted from Churchill’s kind character were Tom and Alice Bateman, farmers who scratched out a living near Chartwell. Percy Reid, a stringer for a London newspaper, who kept an eye on Chartwell doings after World War II, wrote charmingly of a cattle sale:

Capt. and Mrs. [Mary Churchill] Soames—who then lived at Chartwell Farm—were at the sale most of the time and [their children] Nicholas and Emma were also taking a child’s interest in what was going on. A daughter of one of the cows offered for sale that day grazed quietly in a less distinguished field nearby. As a calf it had been given to Tom and Alice Bateman, brother and sister, farming in a small way nearby, by Winston Churchill when he heard that they had been out of luck in their farming.

“Pedigree?” repeated Alice when asked about her two-year old Shorthorn: “I suppose we could have had the pedigree if we’d liked but then—we don’t farm their way.” A touch of rural common sense cropped up: “The paper wouldn’t make much difference to whether it was a good cow or not.”

Not surprisingly, Alice Bateman had lots of time for Churchill. “Got more in his little finger than most of us have in our whole bodies,” she said. Alice worked for three years at Chartwell. “Not to sleep in,” she made clear, quickly. “Always has a word for you, has Winston. So has Mary, his daughter.”1

Phil Johnson, a Westerham livery agent and sometime Churchill driver, told me a delightful story showing another side to Mrs. Bateman. Once the great man, being driven up the hill to Chartwell from Westerham village, found her trudging along the road to her farm and stopped his Humber limousine. Knowing she would be too proud to accept a lift, he shouted encouragement: “Come on Alice, you can do better than that!”

“G’wan, you fat old man, you get out of that car and walk yourself, you’ll live longer!” Alice retorted.

“I’ll outlive you, Alice!” chuckled Churchill, who liked to claim (inaccurately) that he took exercise only as a pallbearer for friends who had exercised all their lives. “You will not!” Alice shot back. “And he didn’t,” Phil Johnson added, “Alice survived him by six or eight years.”

“Kent folk don’t make friends easily,” wrote Percy Reid. “Theirs is a sturdy independence which is readily mistaken for surly insularity. Once won over, however, Kentish people will remain your sincere if somewhat over-frank friends for good. It was somewhat on these lines that the unusual relationship, which finally developed between Westerham folk and Churchill and his family, grew up.”

With thanks for kind assistance in research to Paul Courtenay and Andrew Roberts, and to the late Grace Hamblin.

A further remembrance of Alice Bateman

Please scroll down to comments for a warm recollection of by Rachel Trell, who grew up in Westerham in those yearas. [email protected]