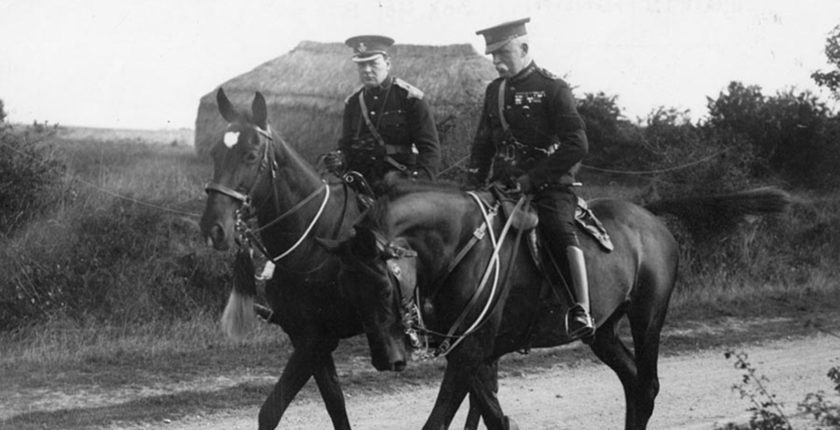 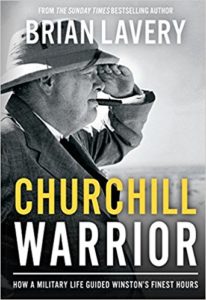 Brian Lavery knows his naval history, having published a number of books in that genre. Here he moves beyond things maritime to explore how Churchill’s own military service (especially his various roles during the First World War) helped to shape and prepare him for the dramatic political and military crisis of 1940.

Lavery is not the first author to delve into this field. Geoffrey Best’s Churchill and War, Douglas Russell’s Winston Churchill Soldier and Carlo D’Este’s Warlord are all solid studies. In different ways, Best, Russell, and D’Este show how military experience helped to prepare Churchill for what was to come. Each is readable and based on a variety of both primary and secondary source material. I found no major mistakes in any of them. There is more depth and color in D’Este’s book (the longest of the lot), more insight in Best, better maps (by Martin Gilbert) in Russell. The Lavery volume offers a half dozen good maps and both color and black-and-white photos.

Lavery’s book is more tightly organized than the others, breaking the story into four main sections. Only the last deals with post-1939 events. The first 400 pages offer useful comparisons between Churchill’s earlier ministerial roles and what he faced at the Admiralty in 1939. The final pages begin with Churchill’s shift to Downing Street, describing the war more  in outline form through 1941. Though his narrative offers only limited critical comment, it is very readable—it held my close attention throughout.

In his brief conclusion, Lavery summarizes how Churchill’s ministerial background before 1929 (and again in 1939-40) shaped his approach to running the 1940-45 war. He argues that Churchill’s superb chiefs of staff kept their political leader on the right road, resisting some of his wilder schemes. The prime minister listened to them, and usually agreed with well described military projects and aims. He also applied many lessons of World War I in the drive for victory. Indeed, that key point is too often forgotten or glossed over. Churchill was just about the only wartime leader who occupied senior positions in both world wars. Once prime minister, he was in a position to apply all that he’d seen, done and written about. We can all be grateful that he did.