The Churchill Project - Hillsdale College > Articles > Resources > Churchill in Film and Video > “Churchill: The Wilderness Years”: Threat from the Air, 1935

“Churchill: The Wilderness Years”: Threat from the Air, 1935 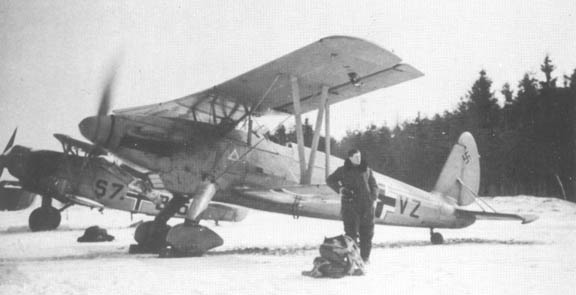 The stark danger of Germany reaching air parity or superiority with Britain was a contentious issue in Churchill’s “wilderness years,” as he continually preached to doubtful listeners the need for Britain to rearm, particularly with the Royal Air Force. In this episode we meet two of the people who, at the risk of their careers, provided Churchill with secret information on German rearmament. It ends dramatically in Parliament, as Prime Minister Baldwin admits that Churchill has been right about the pace of German rearmament.

Major Desmond Morton (played by Moray Watson) was head of the Industrial Intelligence Centre of the Committee of Imperial Defence from 1929 until the war. His country cottage was only a fifteen-minute walk across the fields from Chartwell, which made it convenient for him to report developments. Here he tells Churchill and Prof Lindemann how the Germans are evading discovery by assembling aircraft components in different places—as Churchill says, “like a giant game of Meccano.”

There is consternation over the accuracy of Churchill’s figures. It is the last months of the National Government under Labour Prime Minister Ramsay MacDonald (Robert James), allied with the Conservatives Stanley Baldwin (Peter Barkworth) and Chancellor of the Exchequer Neville Chamberlain (Eric Porter). Their resemblance to the real life characters is uncanny. In their anxiety to discover Churchill’s sources, they naively question Desmond Morton. Can he say where Winston gets his figures? Morton’s answer is honorable: “No sir, I don’t believe I can.”

Ralph Wigram or “Rafe” (played by Paul Freeman) is head of the Central Dept of the Foreign Office, and has been giving the government the same information he gives Churchill. Wigram was considered almost a deity by his staff, known for his gentleness, young looks, shyness, modesty, economy of language, and deep concern for his country. His devotion to Churchill is shared by his wife Ava, who after his death married Sir John Anderson of Anderson Shelter fame. When Anderson died in 1958 Sir Winston phoned Ava to express condolences, and ended by saying: “For Ralph Wigram, grieve.”

Inject a note of reality, which the drama doesn’t mention. In fact, the government knew some of Churchill’s official sources and could not withhold access. He was more than a back-bencher without office. He was the senior Privy Counselor of the Realm, and thus entitled to such information. But they did not know, I believe, that Morton and Wigram were personally involved.

We should understand that neither Baldwin nor Chamberlain were wholly in denial. Both initiated the rearmament programs without which Churchill could not have fought the Battle of Britain. It is true, as Chamberlain implies, that the RAF was outnumbered in quantity but not, they thought in quality—though that too proved debatable.

This episode ends in the House of Commons, where Baldwin, confronted with the obvious facts, attempts to quiet his critics by admitting misjudgments and promising action—which he did take, insufficiently, after becoming prime minister that June. Robert Hardy then delivers one of Churchill’s great orations. Seated behind Churchill is his red-headed friend and champion Brendan Bracken (perfectly played by Tim Piggott-Smith).

In Churchill’s speech we may be reminded of certain human characteristics which have not changed after all these years: “There is nothing new in the story….It falls into that long, dismal catalogue of the fruitlessness of experience and the confirmed unteachability of mankind. Want of foresight, unwillingness to act when action would be simple and effective, lack of clear thinking, confusion of counsel until the emergency comes, until self-preservation strikes its jarring gong—these are the features which constitute the endless repetition of history.”

Featured Image: A German pilot stands beside a pair of Arado Ar 68s. These fighters, developed for the Luftwaffe in the mid-1930s, were one of the first fighters produced during Germany’s rearmament.