The Churchill Project - Hillsdale College > Articles > Explore > Churchill for Today > “This Is Freedom,” Unpublished Article by Winston Churchill on the Dangers of Socialism, 1950

“This Is Freedom,” Unpublished Article by Winston Churchill on the Dangers of Socialism, 1950 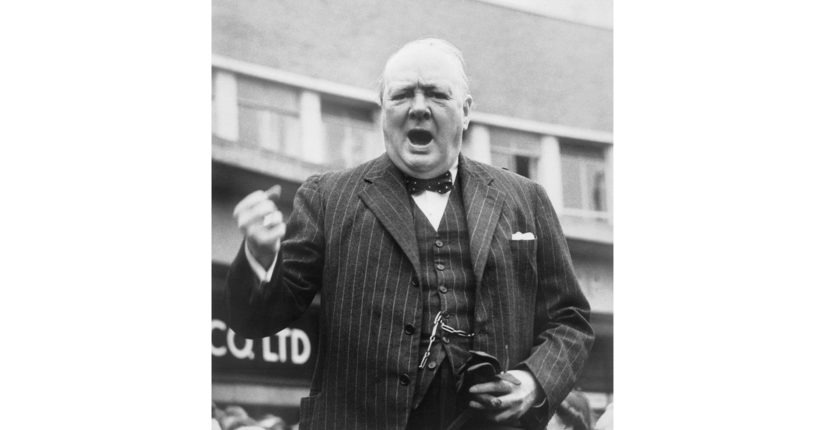 The very essence of Socialism has been revealingly expressed in an observation let slip by a junior Minister of the present Government. ‘The gentleman in Whitehall,’ he told the housewives of Britain, ‘really does know better what is good for people than the people know themselves.’

This unwarrantable assumption lies at the root of all Socialist thinking and policy-making. It takes too poor a view of the commonsense and ingenuity of ordinary men and women in living their daily lives. It assumes a degree of what they call ‘supra’ wisdom in our rules which is certainly in bitter contrast with their proved incompetence. British freedom is no abstract conception. It involves the essential quality of self-respect, on which our island way of life has been built up. This can be the only foundation for a healthy, buoyant and progressive society.

The liberties that Britons have been proud to regard as their birthright and have been tenacious to defend did not fall into our laps as a gift from the gods. Freedom of conscience, freedom of worship, freedom of the written and the spoken word, freedom of assembly, freedom of association, habeas corpus, trial by jury, the maxim that ‘an Englishman’s home is his castle’ (now threatened by a horde of officials) – such liberties as these were painfully won over the centuries. Not one of them is enjoyed today by the serf-like citizens of the countries under collectivist control. In all the modern societies around us we can see the difference between those where the Government owns the people and those where the people own the Government. The British Socialists imagine that they can preserve individual political freedom and, at the same time, hold us all in economic bondage.

In wartime all kinds of controls and sacrifices of freedom are necessary. That is why we hate war and seek to establish peace on the sure foundation of strong defences. A proud and patriotic nation will make every sacrifice in order to defend its life and survival against all foreign aggressors. But the Socialists take advantage of wartime controls in order to establish their narrow and bigoted doctrines.

We are not yet a Socialist country. The people of Britain, like those of New Zealand and Australia, all called a halt to further Socialist measures at their last General Elections. Grandiose schemes of nationalization have been put into cold storage. Under unremitting Conservative pressure, the Government consented to take petrol off the ration. A few niggling restrictions on building were condescendingly removed by a Minister who advertised his magnanimous action as ‘an experiment in freedom’. The five-shillings restriction on restaurant meals, which had long become meaningless, was reluctantly abolished, not for our sakes of course, but in the hopes of gaining dollars by lessening the irritation to visitors from free-enterprise America.

But we must not be deceived by such incidents. Nationalization is not dead but only dormant. If the electorate can be persuaded for the brief period of an Election campaign to vote them back into power, the full programme of ‘Socialism in our Time’ will at once be brought out of the shallow grave in which it is buried. And when the icy hand of State Monopoly grips our major industries, State Domination of all our major trade unions will inevitably follow. For the Trade Union has no function within a State Monopoly except to carry out the orders of the State bosses.

Conservatives have no affection for systems of government which concentrate excessive power over the lives and activities of their fellow-citizens in the hands of a clique of Party doctrinaires who think they are supermen.

The ordinary Briton wants nothing so much as to be left to go his own way, to get on with his job in life, to enjoy himself according to his own lights, to spend his own money as he thinks fit, to give his children a good home and a rather better start in life than he had himself, and to do his duty as a citizen to the community. This is the sort of life that our people seek. This is what they mean by freedom. This is what Conservatives and Liberals mean by freedom, and it is the basis of all our policies. It is commonsense. How far removed from this is the Socialists’ regimented Utopia of which we have had a foretaste during these past five years!

However we may rely on the good judgment and commonsense of the British people. Slowly, with great determination, they veer back into the natural way they want to go. It is only those societies in which the free way of life is predominant that have the will and the power to make sacrifices for the nation in the hour of danger, and they make these because of their unwearying resolve to return to the true path at the earliest moment when foreign menace is past.

* Written for the first edition of a magazine intended for publication by the Conservative Party, Sep. 1950, but never in fact published (Churchill papers, 2/95).