The Churchill Project - Hillsdale College > Articles > Truths and Heresies > Churchill in WWII > Did Churchill Prolong the Battle of the Atlantic?

Did Churchill Prolong the Battle of the Atlantic? 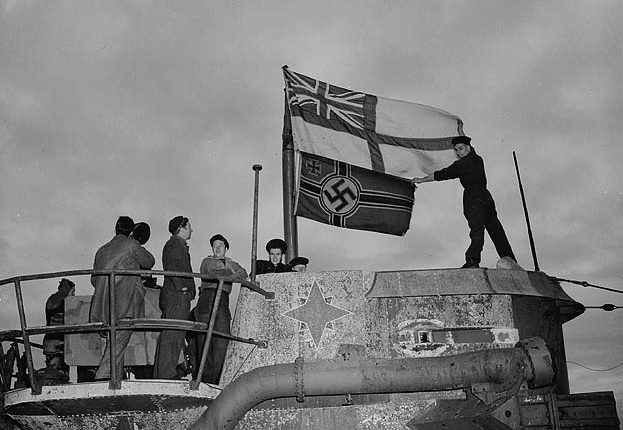 Churchill said of the Battle of the Atlantic: “The only thing that ever really frightened me during the war was the U-boat peril.”1 Naval historians have long been sceptical about Churchill’s claims that he gave the Atlantic campaign the attention and resources it deserved. In particular, they have decried the persistent shortage of aircraft allocated to Coastal Command, the branch of the Royal Air Force responsible for providing land-based air support for Allied convoys in the North Atlantic.

Jonathan Dimbleby’s The Battle of the Atlantic: How the Allies Won the War is the latest work to suggest that Churchill ignored the Navy’s pleas for more air support on the trade routes because he was determined to divert long-range bombers to Bomber Command for the strategic air offensive against Germany. The result of these misplaced priorities, some writers have argued, was that the U-boats were able to operate along the mid-Atlantic convoy routes without fear of detection or attack from the air.

These critics have argued that Allied victory in the Atlantic was delayed by Churchill’s stubborn refusal to provide Coastal Command with aircraft capable of operating in the region known as the “Air Gap”—the waters south of Greenland in which convoys could not count on air support from either land-based or carrier-borne aircraft. From mid-1942 until May 1943, U-boats inflicted devastating losses on Allied shipping in this area. In October 1942, a month in which the toll on shipping exceeded 600,000 tons, Churchill informed the British War Cabinet: “At present, in spite of U-boat losses, the Bomber offensive should have first place in our air effort.”

Captain Stephen Roskill, the official historian of British naval operations in the war, claimed that if the Admiralty’s demands for more aircraft had been met, the Battle of the Atlantic might have been won six months sooner.2 A recent article by John O’Connell asserts that victory could have been achieved a full year earlier if the British had allocated their aircraft differently.3 Dimbleby puts the figure at “many months.”4 The implication is that millions of tons of merchant shipping and thousands of lives might have been saved if Churchill had not prioritized the bomber offensive over the U-boat war.

The problem the Allies faced in mid-1942 was that their long-range aircraft could not effectively operate over the Air Gap from existing airfields in Northern Ireland, Iceland, and Newfoundland. What they needed was special “Very Long Range” aircraft, and these were in critically short supply. The only planes available in 1942 were the small and dwindling supply of American-built Liberator Mark Is provided to the British in 1941. Design changes to subsequent models, the Mark II and Mark III, meant that the new Liberators reaching Britain in 1942 through Lend-Lease had a more modest operational range and were incapable of operating over the Air Gap.

A solution to this problem was eventually found: Liberator IIIs were taken out of service and converted from “Long Range” to “Very Long Range” capabilities. This was a slow process, however, and it took until May 1943 to supply enough modified Liberators to close the Air Gap for good.

Was Churchill responsible for this delay? There is no doubt that he deliberately kept Coastal Command short of aircraft in order to bolster the bombing offensive against Germany. And he was well aware that this would increase Allied losses at sea. But the important question is whether he actually delayed the closing of the Air Gap by diverting Very Long Range aircraft from the trade routes.

Case for the Defense

The case against Churchill is not as simple as his critics make out. First, it is not true that Liberators which otherwise might have been used to close the Air Gap were given to Bomber Command rather than Coastal Command. In fact, the Air Ministry had concluded that Liberators were not suitable for the night bombing of Germany, as the flames from their exhaust pipes made them easy targets for enemy night fighters.

The Liberators that were finally used to close the Air Gap in May 1943 did not have to be prised away from the strategic bombing offensive against the bitter opposition of Churchill, as some accounts mistakenly suggest. An ample supply of Liberators had been allocated to Coastal Command the year before, but they were later models incapable of operating for any length of time in the Air Gap. In the autumn of 1942, these machines were being used to hunt U-boats in the Bay of Biscay rather than to protect convoys in the North Atlantic.

Churchill’s critics assume that whenever the Admiralty and Coastal Command pleaded for more aircraft in 1942 they were specifically looking for Very Long Range aircraft to cover the Air Gap. But this was not the case. The Navy wanted more aircraft, but it did not ask for Very Long Range Liberators because none were available. Also, if the aircraft they did ask for had been provided, those planes could not have been used effectively in the mid-Atlantic without first undergoing extensive modifications.

The Admiralty was slow to consider modifying the aircraft already allocated to the war at sea. The Naval Staff initially pinned their hopes on small escort carriers to provide air support in the mid-Atlantic, but these vessels were still not available for trade protection in late 1942. Attention therefore turned to Very Long Range land-based aircraft as a potential solution. Naval leaders were beginning to explore the idea of building suitable new aircraft in British factories, but these plans were cut short in November 1942. Heavy losses at sea were by now threatening to reduce British imports to critical levels, and Churchill set up a high-level Anti-U-boat Warfare Committee to find means to reduce shipping losses.

It did not take the Committee long to decide that the best solution to the Air Gap was not the construction of new British aircraft, but the conversion of American-built Liberators already in British possession. Some accounts suggest that Churchill resisted the use of Liberators in the mid-Atlantic, but this is wrong. He immediately gave the proposal his full backing. This was, after all, precisely the sort of solution the Anti-U-Boat Warfare Committee had been created to find: one that could produce big results without diverting long-range aircraft from the bombing of Germany.

The regular appearance of Liberators in the mid-Atlantic was one of the factors that decisively turned the tide of the U-boat war in May 1943—and in this case, Churchill deserves a share of the credit.

Christopher M. Bell is Professor of History at Dalhousie University, Halifax, Nova Scotia. This article is based on his works Churchill and Sea Power (Oxford University Press, 2012) and “Air Power and the Battle of the Atlantic: Very Long Range Aircraft and the Delay in Closing the Atlantic ‘Air Gap,’” The Journal of Military History, 79: 3 (July 2015), 691-719.