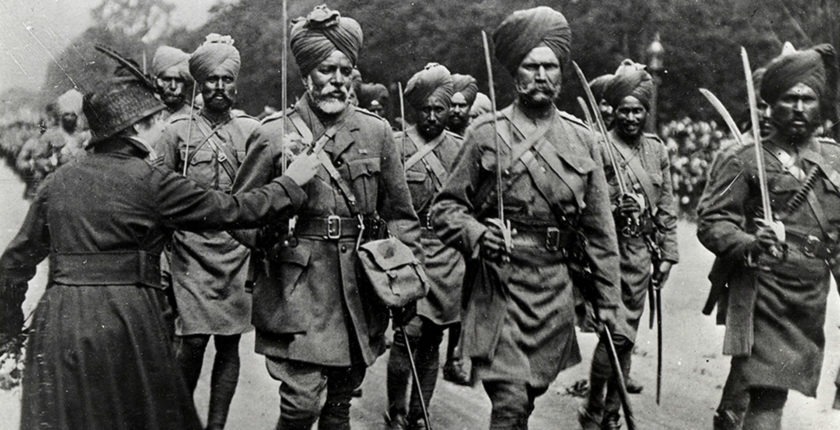 Churchill on the Far East in the Second World War: Hiding the History of the ‘Special Relationship,’  by Cat Wilson. Palgrave Macmillan, 266 pp., $95, Kindle $90.25.

This monograph is an outgrowth of a Ph.D. dissertation at the University of Hull, supervised by Professor David Omissi whose The Sepoy and the Raj: The Indian Army 1860-1940 is absolutely essential to understanding the Indian Empire.

The 153 pages of text are backed up by sixty-two pages of notes and a twenty-nine-page bibliography. A solid and long overdue scholarly exercise, it will be read mainly by specialist historians—especially since the publisher’s editing process did little to loosen the dense language, appropriate to a dissertation but a barrier to anyone but specialists. And then there is the outrageous price—alas all too common with works of scholarship.

Nearly a half century ago the great historian J.H. Plumb said Churchill’s war memoirs lay “at the heart of all historiography of World War II and will always remain there.” But Plumb also warned that Churchill’s volumes “require the most careful assessment,…the scholars must get to work, and what a task they will have!”1

That assessment was a long time coming, dependent as it was on unfettered scholarly access to Churchill’s papers, and to those of his colleagues and associates, as well as to departmental papers held by the National Archives at Kew. But “eventually” always arrives and, at length, the stars aligned and the scholars got to work.

David Reynolds’ prize-winning In Command of History: Churchill Fighting and Writing the Second World War (2004) provided the first in-depth analysis of Churchill’s war memoirs and is likely to prove as indispensable to those studying Churchill as his memoirs are to students of World War II.  The structure of Reynolds’ book, however, followed that of Churchill’s six volumes—what Churchill did not discuss in detail, Reynolds does not either. Most conspicuous among the areas Churchill passed over lightly was Britain’s war against Japan (also the British Indian Raj’s last war). This is the area that Dr. Wilson probes in detail. Churchill’s account of the coming of war with Japan is not terribly detailed, but it is only when he recounts the war itself that his account becomes skimpy.

The chapter on the fall of Singapore—“the worst disaster and largest capitulation in British history,” as Churchill put it—was not even original Churchill. It was written, as Churchill acknowledges, by Lieutenant General Sir Henry Pownall, the military member of his “syndicate” (the group of assistants who drafted the memoirs). But the Singapore chapter is candor itself compared to the account of the war in Burma (the longest allied campaign of the war) and the role of the Raj and its army in the imperial war effort.

The successful withdrawal from Burma—the longest retreat in British military history—is ascribed to General Sir Harold Alexander (the overall commander and Churchill’s favorite general), not to the great Bill Slim who actually conducted it. The decisive victories over the Japanese at Imphal-Kohima in 1944 barely merit a page, and one searches in vain for the names of Slim and his Fourteenth Army. This so angered veterans of the “Forgotten Army” that Slim—by that time Chief of the Imperial General Staff—raised it with Churchill.  Pownall was thereupon ordered to draft a chapter for the final volume of the memoirs, covering the 1944-45 reconquest of Burma by the Fourteenth Army—now widely agreed to be the most brilliant campaign conducted by any British general during the war.

Slim’s army was nearly 70% Indian, and that raises the single most notable omission in Churchill’s memoirs: the huge role of the Raj and its army in Britain’s last imperial campaign. Nowhere in Churchill’s six volumes can a reader find the following: that the Indian Army, at 2.5 million, was the largest voluntarily enlisted army in history; that without it Britain could not have held the Middle East; that it made a major contribution to both the Desert War and the 8th Army’s Italian campaign; that it was indispensable to victory in Burma (a strategic dead end but vital for reasons of Anglo-American alliance politics—something Dr. Wilson discusses extensively).

Why Churchill treated India and its army as he did in his memoirs is worth a book in itself. That he did so—and buried a remarkable story so effectively that, even now, it barely registers in the collective Anglo-American memory of the war—is laid out in great and effective detail by Dr. Wilson. It is a story very much worth telling.

Cromwell famously told the painter Sir Peter Lely to paint him “warts and all.” Those warts have not changed the Lord Protector’s historical stature. Neither will the warts on Winston Churchill—the brilliant, complex man who led the British Empire to victory. It is, however, past time to rescue from the oblivion to which he consigned it, the last great war of the most remarkable of Britain’s imperial creations: the Indian Army.

Dr. Callahan is Professor Emeritus of History at the University of Delaware and a leading scholar of the Indian Army in the two World Wars. He taught at the University for thirty-eight years and was director of the Master of Arts in Liberal Studies program, where an annual student prize bears his name. He is also a fellow of the Royal Historical Society among other honors. Another version of this review appeared in The Churchillian.