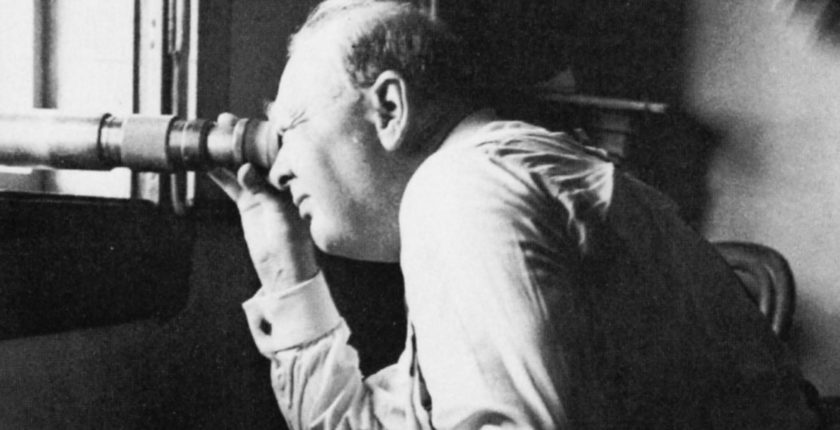 Winston Churchill was famed for his prescience, though of course he liked to emphasize the predictions which turned out to be right. “I always avoid prophesying beforehand,” he said in a Cairo press conference on 1 February 1943, “because it is much better policy to prophesy after the event has already taken place.”

Privately, the Churchill of early World War II was not so confident in victory as in his speeches proclaimed. In February 1938, when Anthony Eden resigned as foreign secretary from the Chamberlain government, he confessed to a sleepless night in which he saw “the vision of death.”

In May 1940 he said to his bodyguard, Walter Thompson, “I hope I’m not too late.” Later he confided to Roosevelt that the Germans might well invade Britain and install a puppet government. While assuring FDR that such a government would not be run by him, he suggested they might install the British fascist leader Oswald Mosley “or some such person.”

As France was falling in May 1940, Churchill did not favor an armistice with Germany. Yet Neville Chamberlain’s diary for the end of May records Churchill as saying that “if we could get out of this jam by giving up Malta and Gibraltar and some African colonies, he would jump at the chance.” Of course, he may have just been throwing a bone to Lord Halifax, then foreign secretary, who was arguing for an approach to Hitler through Mussolini’s “good offices.”

But Churchill’s most astonishing prediction came when he was 17 years old, as quoted in Sir Martin Gilbert’s In Search of Churchill:1

…I can see vast changes coming over a now peaceful world; great upheavals, terrible struggles; wars such as one cannot imagine; and I tell you London will be in danger—London will be attacked and I shall be very prominent in the defence of London. I see further ahead than you do. I see into the future. This country will be subjected somehow, to a tremendous invasion, by what means I do not know, but I tell you I shall be in command of the defences of London and I shall save London and England from disaster.…dreams of the future are blurred but the main objective is clear. I repeat—London will be in danger and in the high position I shall occupy, it will fall to me to save the Capital and save the Empire.

Sir Martin explains that he was given this quote by Churchill’s Harrow schoolmate Muirland Evans, who recalled their conversation “in one of those dreadful basement rooms in the Headmaster’s House, a Sunday evening, to be exact, after chapel evensong.…We frankly discussed our futures. After placing me in the Diplomatic Service…or alternatively in finance, following my father’s career, we came to his own future….”

See the following extract from Winston S. Churchill, Volume V,2 for the context:

Eden learnt of the support of the Foreign Affairs Committee on the morning of February 18. Churchill, he later wrote, had urged the Committee “to rally behind me at a difficult time”, and had told his fellow MPs “that if we were weak now, the risk of war would inevitably be greater in the future”.

Neville Chamberlain was not to be deflected in his search for Italian friendship. He therefore decided to open direct negotiations with the Italian Government. Isolated in Cabinet and frustrated in his desire to face the Italian dictator with firmness, Eden resigned. That day Churchill was at Chartwell, where he was seeing Group Captain Don, when the news of Eden’s resignation was telegraphed to him. ‘I must confess,’ he later wrote, ‘that my heart sank, and for a while the dark waters of despair overwhelmed me.’ His account continued:

From midnight till dawn I lay in my bed consumed by emotions of sorrow and fear. There seemed one strong young figure standing up against long, dismal, drawling tides of drift and surrender, of wrong measurements and feeble impulses. My conduct of affairs would have been different from his in various ways; but he seemed to me at this moment to embody the life-hope of the British nation, the grand old British race that had done so much for men, and had yet some more to give. Now he was gone. I watched the daylight slowly creep in through the windows, and saw before me in mental gaze the vision of Death.