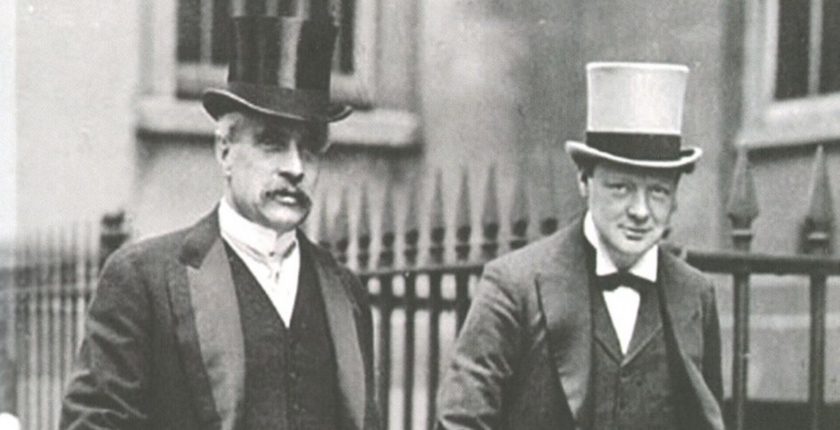 As First Lord of the Admiralty from 1911 into the early part of World War I, Winston Churchill‘s abundant concern was readying the Royal Navy for contending with the navy of the Kaiser and Tirpitz, the “High Seas Fleet.” The German navy had been building since 1900 and by 1911 had grown to such size that British naval supremacy was in question. The Empire was asked in 1911 to shoulder defense burdens. Australia responded handsomely as did New Zealand and Malaya.

Churchill had a sympathetic ally in Sir Robert Borden, Prime Minister of Canada. It was agreed that Canada would supply the cost ($35 million) of three Dreadnoughts in exchange for an equivalent British contracts in Canadian shipyards. This arrangement, with promising benefit to all, fell afoul of Canadian politics, for the Canadian Naval Aid Bill 1913 could not pass the Liberal-controlled Senate of Canada.

Such was the crisis of Canada and of the Empire. It left Churchill shorthanded in the face of German and Austro-Hungarian construction. Although strong on Canadian perspectives but weak in Admiralty research it opens a path for closer examination. The failure was not Churchill’s; it lay deep in Canada’s politics. Despite its formidable pricetag, this book is well researched and recommended reading for students of the subject.