Churchill and the Baltic, Part 2 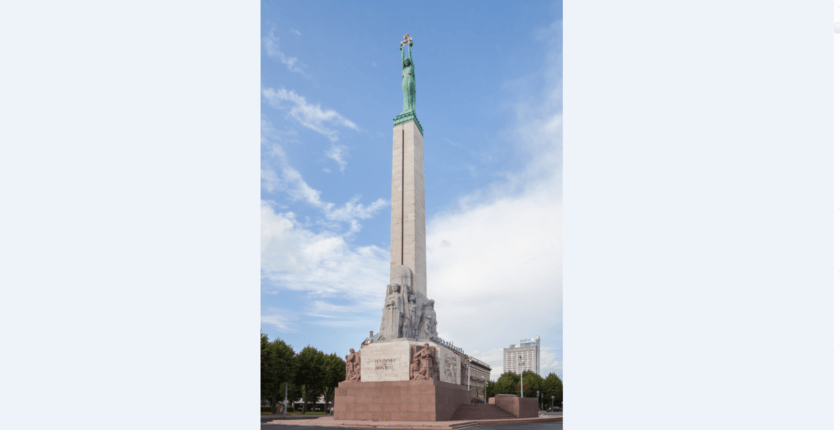 Baltic appeals to Britain for help in maintaining their independence were frequent and heart-rending. In September 1919, when Prime Minister Karlis Ulmanis of Latvia send London one of his frequent entreaties for British military aid, Churchill rallied to his defense, writing a challenging note to Prime Minister David Lloyd George:

“I would advise the following reply to the Prime Minister of Latvia: ‘I assure Your Excellency that the freedom, safety and wellbeing of Latvia is a matter of earnest concern to His Majesty’s Government in conjunction with the other Great Powers. The influence of His Majesty’s Government will be consistently used to secure each of these states full and free development under an autonomous constitution in accordance with the wishes of their people. With regard to the Bolshevik danger which Latvia has hitherto so manfully withstood, HMG advise, and so far as they have a right to do so, urge, that concerted action should be taken between the Baltic States to maintain their security against this danger.’18

You want their independence recognised in return for [their undertaking to] attack the Bolsheviks. That would not satisfy them in the least. Are you prepared to comply with these two requests? There is no other member of the Cabinet who would. Whether the Bolsheviks or the anti-Bolsheviks get the upper hand, they would not recognise the independence of these States as it would involve the permanent exclusion of Russia from the Baltic. Would you be prepared to make war with an Anti-Bolshevik regime?…do you wish this country to maintain armies in the field of Estonians, Latvians and Lithuanians to invade Russia? Unless you do it is idle to hurl vague reproaches at your colleagues.

You won’t find another responsible person in the whole land who will take your view, why waste your energy and your usefulness in this vain fretting? I think I have given you tangible proof that I wish you well. It is for that reason that I write frankly to you.19

Churchill replied in more forceful terms than he usually wrote his longtime political mentor, saying Lloyd George was “v[er]y unkind & I think also unjust.” He was merely trying convey his understanding “of the intense and horrible situation….I may get rid of my ‘obsession’ or you may get rid of me; but you will not get rid of Russia….the whole anti-Bolshevik front in the Baltic States is treated as if it were a matter of indifference to Britain.”20

Doggedly, with outmoded weapons, outnumbered by as many as ten to one, the determined Estonians, Lithuanians and Latvians fought on. Slowly, after Britain sent the German surrogate army home, gained control. Russia was too weak, still too divided. And did not Lenin himself say the rights of national minorities would be a benchmark for Bolshevik Russia? Indeed, in spring 1920 peace treaties had been signed between Moscow and the three Baltic republics by which the USSR “voluntarily and for eternal times” renounced “all sovereign rights over the people and territory” of Lithuania, Latvia and Estonia.21

“To anyone who had seen the Latvian people at war, their gentle tolerance in peace was perplexing,” wrote the historian Owen Rutter.22 “By the brutally intolerant standards so common in the world today, one would expect the Latvians to have deported all the Baltic Germans, levied discriminatory taxes on the Jews….Instead they pronounced amnesty for those who had fought against them [and allowed] minorities full citizenship and free education.” There were remarkable reforms: by allowing women to vote during the momentary Russian elections in 1905, Latvia had become the first district in Europe with female suffrage; this continued in the three republics.

Small businesses prospered, and some grew into industries, particularly for textiles, metals and machinery; the famous Minox camera was invented in Riga. In books published per capita, the Baltic States ranked among the top five countries in Europe; in college enrollments they were in the top four. National operas were considered by many the best of their kind; the annual Song Festivals were colossal expressions of national sentiment. “They work and play happily,” said Janis Cakste, first president of Latvia. “For them every day is Sunday—now.”

Churchill’s immediate impulse after Baltic independence was established was their common defense. His prescription was typical of his statesmanship as a whole: amalgamate, ally, stand together for the mutual safety; do not go it alone. One may wish the Balts had listened more closely. Sir Henry Wilson had written Churchill in 1919: “I would have liked to see some effort made, if such a thing were possible, to combine the Baltic States, including Finland and Poland, in an effort to keep the Bolsheviks out of their territories.”23 Two months later Churchill in a cabinet memo pointed to “the dubious value of any title deeds obtained at this stage from the Bolsheviks,” and suggested an “autonomous federal State” comprising Estonia, Latvia, Lithuania, within a democratic Russia, “under the safeguard of the League of Nations.”24 But a democratic Russia was not in the cards.

Before World War II the façade of the Latvian Ministry of Foreign Affairs in Riga contained an inscription in Latin: Concordia res parvae crescunt, discordia magnae concidant—“In concord small things grow, in discord great things collapse.”25 Churchill used the same formulation often. Geography, politics, culture and development prevented this good advice from being taken. Baltic security, if it existed at all, depended on stalemate and stand-off between two giant neighbors, Germany and Russia. “Baltic perceptions of their relations with these neighbors differed widely,” wrote Edgar Anderson: Baltic attitudes had a certain “lives of the haunted” quality, making it difficult for the Baits to decide whether they feared most the provocative solicitude of the Soviet Union, the clumsy directness of Germany, or the devouring overtures of Poland.26

Though several conferences were held between Finland, Poland and the Baltic republics, no federation or military alliance was ever seriously considered. Aside from cultural differences there were politics: Poland had taken the ancient Lithuanian capital of Vilnius and surrounding territory when it had won its own independence, and the Lithuanians had never forgotten. Estonians and Latvians avoided close alliance with Poland for fear of antagonizing Lithuania. Finland, across its gulf, was geographically isolated. And Finland, like the others, had signed a treaty of peace and security with Moscow.

Would Russia one day seek to reclaim the conquests of Peter the Great, regaining her ice-free Baltic coastline, which the Czars had dominated for centuries? In the early 1930s, the small republics could only hope that the Soviet treaties would hold, or that Germany would insist on preserving Baltic integrity for its own security interests. Others were less optimistic, including Churchill. Russia, he said, stood aside from the prevailing mood for peace conferences, “incalculable, aloof and malignant….

All that line of small new States from the Baltic to the Black Sea are in lively apprehension of Russia. Finland, Estonia, Lithuania, Latvia, Poland and Rumania—every one is in great fear and anxiety about its neighbour. All are strongly anti-Communist. They have gone through great internal stress and tension, and they have built themselves up on a Radical, democratic antithesis to Communism.27

From their founding amidst blood and war in 1918, through their successful transition to nationhood in the 1920s, Churchill had been one of the outstanding friends of the Baltic States. The day would come, however, when he would be forced to reconsider those views, during an unprecedented challenge to the survival of his own country. But that time was still to come, and in the 1930s Churchill’s view of the Baltic was as he described those countries in his memoirs: “Very lively and truculent.”28

21 Wording in all three Soviet-Baltic treaties of 1920.

About the author: Richard Langworth visited the Baltic in 1992 and again in 1995, when he bicycled the Latvian coast from Lithuania to Estonia, and presented a Latvian translation of Churchill’s The Dream to then-President Guntis Ulmanis. This is a revised, updated version of three articles first published in Finest Hour (Autumn 1986,Winter 1986-87) and in National Review (9 July 1990).

Featured Image: Unveiled in 1935, the Riga statue of liberty bears the legend in Latvian, “for the Fatherland and Freedom.” It managed to survive the Soviet Occupation and remains the focal point of national gatherings and ceremonies in the capital.

21 November 2020: The 400th Anniversary of the Mayflower Compact
Churchill and History, Resources,

“Angel of Deliverance”: Churchill’s Tributes to Joan of Arc
Churchill and History, Q & A, The Literary Churchill,