Churchill and the Baltic, Part 1 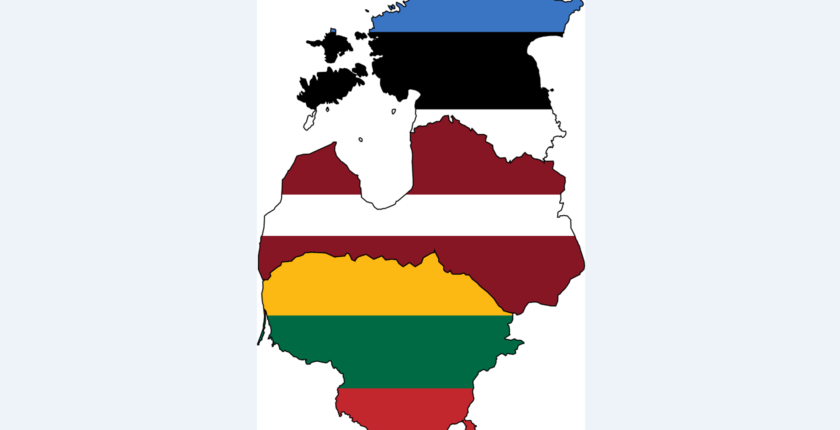 “Here we stir the embers of the past and light the beacons of the future.
Old flags are raised anew; the passions of vanished generations awake;
beneath the shell-torn soil of the twentieth century
the bones of long dead warriors and victims are exposed.
And the wail of lost causes sounds in the wind.”
—Winston S. Churchill, The Aftermath, 1929

My grandfather sailed into Riga in the intoxicating spring of the Latvian Republic to look up distant relatives, tracking the Latvian branch of his heritage. He told me of it thirty years later: an eastern Paris, filled with parks and wide streets, fashionable shops and peasant markets, dignified buildings and a handsome people; a bustling harbor that handled more timber than any other port in Europe. He remembered the confidence and hope, the exuberance and patriotism, the burgeoning realization that after 700 years Latvians were masters of their land. They could not know that their freedom would be measured by a generation.

In June 1940, as France fell under the German blitz and Britain’s attention was focused on survival, Stalin’s Red Army marched into Latvia and the other Baltic States, Estonia and Lithuania. Following “elections” with a one-party slate, the three border nations “applied for admission” to the Soviet Union, which was graciously granted in August.

Hitler invaded the Baltic a year later, and a strange twilight ensued, during which Balts had the temerity to hope for national reemergence. The Germans, first greeted as liberators, soon made it plain that the Baltic was merely a colony—absent Jews, who were systematically slaughtered. As the Soviets swept west in 1944-45, most Balts, faced with a choice between barbarians, fought with the Germans. They maintained a stubborn front against half a million Russian soldiers hurled vainly against them, until the final ceasefire on 8 May 1945. Then many took to the woods, and forming a stubborn but ultimately vain guerilla resistance.

For nearly five decades the Soviets conducted genocide against the native population, particularly in Latvia, reducing it from 83% in 1940 to scarcely a majority today:1 first by deportations; later by vast Russian immigration. The process continued until the collapse of the Soviet Union in 1990-91, seventy years since Lenin recognized the small republics and vowed to respect their independence “forever.”2

Winston Churchill played a crucial role in the bittersweet Baltic story. Ostensibly, after World War I, he was opposed to small national movements. “What was needed,” he wrote, “was unity and larger groupings.”3 But after the war a far more important objective, in his view, was to rid the world of what he called “the foul baboonery of Bolshevism.”4

On 31 December 1918, Churchill urged Allied intervention upon the Imperial War Cabinet: “Bolshevism in Russia represents a mere fraction of the population, and would be exposed and swept away by a general election held under Allied auspices.”5

had no doubt a genuine distaste for Communism. He was horrified, as we all were, at the savage murder of the Czar, the Czarina and their helpless children. His ducal blood revolted against the wholesale elimination of Grand Dukes in Russia. [I believed] that under the impulse of this brilliant Minister, we were gradually being drawn into war with Russia.6

Yet Britain had been the first outside nation to take a practical interest in the Baltic independence struggle, which began in the wake of the Russian collapse and revolution of 1917. With others, Churchill asserted that Estonia, Latvia and Lithuania were homogeneous enough to form independent nations, controlling their own destinies.7 By the end of 1918, all three Baltic States had declared independence.

If the Bolsheviks were overthrown in Russia, Britain looked to a Russian republic, which brought up the sticky question of boundaries. Foreign secretary Arthur Balfour took a middle course, extending de facto, but not de jure, recognition to Estonia on 3 May 1918, and to Latvia on Armistice Day, 11 November.8 But independence and recognition were not won without bloodshed—nor without Allied military intervention. Churchill, writing later, had a sympathetic view of the Baltic struggle:

Estonia, Latvia and Lithuania found themselves in a peculiarly unhappy position. They were close neighbours on the East to Petrograd and Kronstadt, the nurseries of Bolshevism; on the West to the birthplace and stamping-ground of those Prussian landowners who had proved themselves to be the most rigid element in the German system and one of the most formidable. During the winter of 1918 and the early summer of 1919 the Baltic States were subjected alternately to the rigours of Prussian and Bolshevik domination….In these circumstances it is not surprising that the independence of Estonia, Latvia and Lithuania existed for the time being only in the aspirations of their inhabitants and the sympathies of allied and associated Powers.9

To keep the Baltic out of Lenin’s grasp, the Allies turned to a surrogate army from their former enemy. Under terms of the Armistice, German forces in the Baltic were to withdraw gradually, leaving the locals to set up independent governments. Britain also lent sea power through operation “Red Trek,” a naval squadron under Rear-Admiral Alexander Sinclair. In December 1918, Sinclair sallied into Estonian and Latvian ports, landing troops and supplies and promising to attack the Bolsheviks “as far as my guns can reach.” Latvian Prime Minister Karlis Ulmanis, a patriot returned from exile (he had studied agriculture in the United States), sent the first of many appeals for support to London on 3 December.10

For much of 1919 this alliance of circumstance continued: the British and Germans aligned with native Balts against the Russians. But as the Russians retreated, the German armies turned on the Balts, hoping to establish regional supremacy for the German-Balt barons who had largely run these countries in Czarist days. This resulted in the only British-German military engagement after Armistice Day. On 20 October German fire killed and wounded thirteen sailors aboard the British cruiser Dragon at Riga.11

Throughout 1919 Churchill, as Secretary of State for War, was torn between his own impulse to throttle Bolshevism, and an almost unanimous view to the contrary by his colleagues. Lloyd George and the rest doubted that the White Russian opposition could successfully oust Lenin; Churchill argued for their financial and material support. Seizing every anti-Bolshevik cause to support his view, he took the position of all-out aid to the Baltic states, speaking forcefully for their national freedom:

The Estonians, to some extent supplied with British arms, have made a very stout fight and have really shown the weakness of the Bolshevists for quite small forces have driven them back12….When our pacifists or Bolshevist featherheads in this country raise their shrill voices in hysterical glee at every Bolshevist victory, let them remember that but for the [White Russians] the whole weight of Bolshevist aggression would be thrust upon these small states.13….They are intact today. They have maintained their existence precariously. Quivering and shaking, but still standing, they have held back not only the Bolshevik armies but the more devastating Bolshevik propaganda.14

Lord Curzon, one of Churchill’s few supporters, argued in August 1919 that the Balts “were too small and too near Russia and Germany to fight alone, and that they should have some sort of protection.” But G.N. Barnes, a Labour minister-without-portfolio, replied that Britain “had fully discharged her obligations to these peoples, we were always backing the wrong horse. The real governing force in Russia was the Soviet Government.”15

Curzon became British foreign minister on 23 October 1919—a relief to Churchill, who had been writing to him urgently: “To what extent do you consider yourself responsible for the policy we are pursuing in the Baltic States? Secondly, can you give me any idea what that policy is?…Are you going to do anything to prevent the Estonians making peace with the Bolsheviks?”16….I cannot see why we sh[oul]d refuse to give any countenance to the claims of these states to a measure of independence, so long as we do not have to guarantee their defence.”17

The German General Count von der Goltz, commanding the surrogate division who fought with and then against the Baltic forces, was forced by the British to disband his army and return to Germany. But the struggle for independence continued against the Red Army. Except in Estonia, where they fought with their backs to the sea and were relatively untroubled by Germans, it was a bitter and costly war—one the infant republics barely survived. The degree to which Britain should provide aid was occasioned one of the most impassioned arguments between Churchill and Lloyd George.

1 Latvian SSR Demography of Inhabitants and Distribution by Cities and Regions, 1979 Census (Riga: Latvian SSR Central Statistics Board.1980). The situation has changed little since independence was restored in 1991. The vocal ethnic Russians are a strong inducement to Vladimir Putin, a threat today’s Baltics, NATO members all, take seriously.

2 Treaty of Peace between the USSR and the Republic of Latvia, March 1920.

About the author: Mr. Langworth, Senior Fellow for the Churchill Project, visited the Baltic in 1992 and again in 1995, when he bicycled the Latvian coast from Lithuania to Estonia, and presented a Latvian translation of Churchill’s The Dream to then-President Guntis Ulmanis. This is a revised, updated version of three articles first published in Finest Hour (Autumn 1986,Winter 1986-87) and in National Review (9 July 1990).