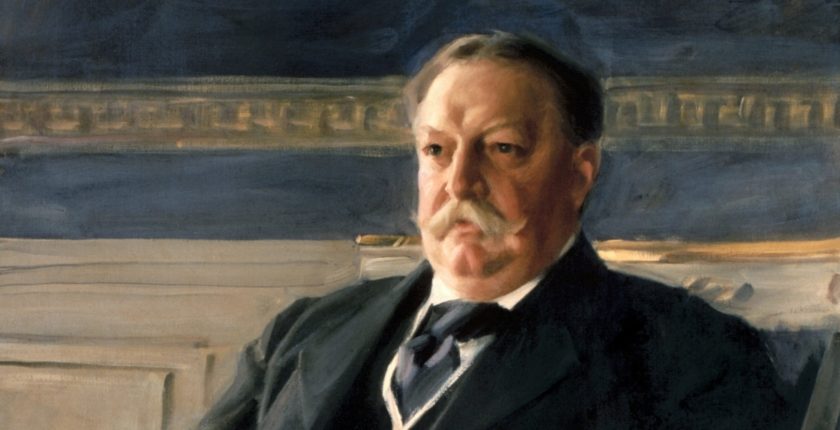 Not even Martin Gilbert records communications between Churchill and President Taft, that famous maintainer of the status-quo, perhaps because, during the Taft Administration, Churchill’s career was mostly focused on domestic matters.

But Sir Martin tells us that as Home Secretary in 1910-11, “Churchill emerged as an advocate of efforts to resolve, without conflict, all future foreign policy confrontations between Britain and the United States.” He proposed what he called a “Treaty of Unlimited Arbitration” to cover any future disputes: an agreement, Churchill told the King, that “glittered with splendid hopes.”

If such ideas presaged his hope for an Anglo-American alliance, they may have been encouraged by Admiral Jacky Fisher, his close adviser after Churchill went to the Admiralty in October 1911. Touring America in 1910, Fisher had lunch with what he called “seventy American millionaires,” who asked him about a British alliance. Writing to his friend, the American industrialist Charles Schwab, Fisher waxed poetic:

I think it will come about—Germany and Japan are coalescing to exploit China and threaten the United States….Hence the [U.S.] plunge about fortifying the Panama Canal dead in the face of our treaty against it. They know England is on their side. And Taft is sowing the seed for an English entente, and the next President, Woodrow Wilson, Governor of New Jersey, whom I had a  tête-à-tête with, is dead on. (Burn this.) I told them it was a d—d fine old hen that hatched the American Eagle, and they madly cheered; and that George Washington was one of the greatest Englishmen, because he made England prosperous, by teaching us how to manage our Colonies.

Since Wilson would not be president for two more years, this was an uncanny prediction by Fisher. Even in 1912, no one thought he would win. It was Theodore Roosevelt, bolting the Republicans to form a third party, who split the GOP vote and put Wilson in office. But Fisher’s idea that Wilson was “dead on” to a British alliance was far from reality.