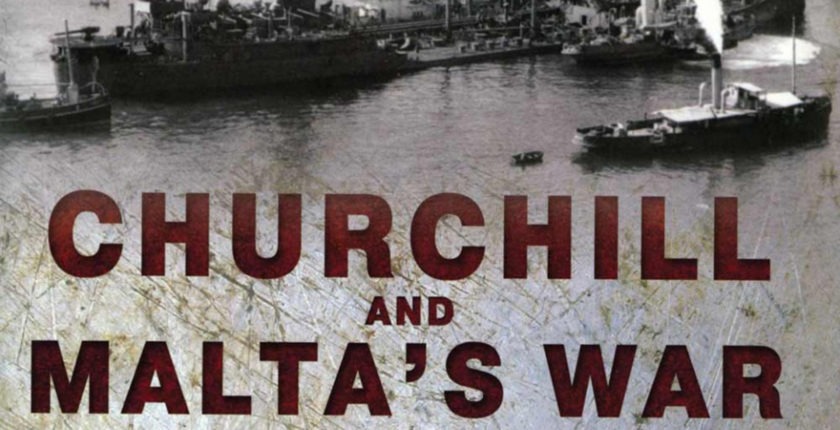 This is an important—and riveting—account of the story of Malta during the Second World War from September of 1939, with the British declaration of war and Churchill’s return to the Admiralty, to the success of the British and the Americans in the Middle East and North Africa in the spring of 1943. Douglas Austin’s extensive documentary research makes it a book for scholars; but his style and wide-ranging analysis make it a compelling read for anyone interested in World War II, Churchill, leadership, geopolitics, or civilian-military decision-making.

One of Austin’s great strengths is he stays close to the first-hand material, allowing the reader to fully follow actions taken over the period covered in the book. His research depends heavily on the PREM (Prime Minister) papers in the British National Archives, with which this reviewer is intimately acquainted. Scholars using the PREM papers can see clearly not only the basis of decisions, but also the passions and people behind them as well.

The book’s focus—and Austin, like Churchill, never loses focus—is on the role of the Mediterranean in the Second World War—and of Malta in the Mediterranean. We see Churchill acting as his own Defense Minister throughout. He believed in the criticality of Malta’s role and followed everything to do with Malta closely in order to ensure that the island remained a strategic priority. Even when traveling he insisted on knowing details of what was happening in Malta—from the level of food supply, to the number of airplanes and fuel, to the status of convoys, to the level of destruction suffered by the island itself and that inflicted by ships and airplanes operating from Malta. In assessing all of this, Churchill had the great advantage of the British success in deciphering Italian and German codes.

Churchill’s deep understanding of geopolitics—and his attention to how each area of the world affected the other and fit together into a whole—is a constant theme in the book. Austin quotes in full many long minutes and signals in which the Prime Minister laid out his sense of the interconnections among regions—the Atlantic, the Far East, the Middle East—and major events. For today’s practitioners and scholars of geopolitics and political risk, this is an illuminating case study.

The book makes clear that Churchill’s role in insisting on the importance of Malta was akin to his role in holding out against negotiations with the Italians and the Germans in May of 1940. The historian Andrew Roberts posits that at that time “denying Hitler victory meant that the U.S. could use Britain as an unsinkable aircraft carrier from 1942 to 1945” (The Atlantic, November 2016, 112). Similarly, Churchill’s insistence on holding onto Malta allowed the British to use the island as an aircraft carrier to regain the Middle East and North Africa. Then—although it is not the subject of this book—the British and the Americans could successfully launch the invasion of Sicily. Austin argues that without Malta’s ability to attack ships resupplying German forces in North Africa, victory there would have been delayed by up to a year (or, perhaps, the reader might think, not have occurred at all). Without Churchill pushing and persuading, it is impossible that Malta could have played the role it did.

Churchill often disagreed vehemently with his generals, but Austin argues that he never actually overruled them. One should add, however, that as Churchill himself referred to it, he “prodded” them until they often saw things differently and changed their minds. It is this leadership chronicled by Austin—akin to Churchill’s extraordinary leadership in 1940—that is so impressive.

Churchill pushed his military to run dangerous convoys with their accompanying escorts from both Gibraltar in the West and Alexandria in the East—along “Bomb Alley,” as it was called—even when it was dangerous and they knew that many convoys would be lost. He urged moving quickly and rapidly against Rommel in North Africa. He was frustrated with his generals when they were cautious and avoided risks. Austin rightly attributes Churchill’s disagreements with these generals to his staunch acceptance of risk in war and his understanding of what the author calls its extreme uncertainty, concluding that because of this philosophy Churchill was determined to attack the enemy whenever and wherever possible. Churchill’s impatience and at times rude and overbearing manner in the face of serious military setbacks was accepted by many of his colleagues, Austin points out, because of the enormous responsibility he bore, his magnanimity, and most importantly, their knowledge that he was indispensable. This book demonstrates that he was.

Churchill’s commanders did not always agree with him that Malta was the key to success in the Middle East and North Africa. Auchinleck, for example, believed Egypt was strategically more important, and that the British war effort could survive Malta’s loss. Thus he held out for delay in the battle against Rommel, and argued against resupplying Malta. Churchill’s unhappiness with this approach was acute, and success in North Africa eluded the British until Churchill replaced Auchinleck with Montgomery.

Without Churchill, many decisions would have been different, and Malta likely would have not been able to hold out. For this, the people of Malta were deeply grateful to him. Primarily, of course, Churchill was driven by Malta’s strategic value and the need to avoid another loss like Singapore. But his admiration for the fortitude and resilience of the Maltese, and being able to count on them, were key factors. Sharing with Churchill the quality of tenacity in the face of setbacks and possible defeat, they enduring constant bombings—first, from the rather ineffective Italians, then from the extremely effective Germans. They lived in rock shelters, unloaded cargoes around the clock, repaired facilities, fueled airplanes, endured rationing, and accepted the prospect of starvation. But they hung on. Churchill’s encouraging messages helped to keep them going.

With this, his third book on Malta, Douglas Austin has made a seminal contribution to understanding the critical role of the island in World War II and Churchill’s unique leadership in developing and implementing it. More and better maps would have been helpful in understanding the flow of the argument, but this is a small deficiency in an otherwise excellent book.

Dr. Nutter is Senior Associate Dean and Professor of Practice, The Fletcher School of Law and Diplomacy, Tufts University.