Churchill and De Gaulle: The Geopolitics of Liberty – by William Morrisey 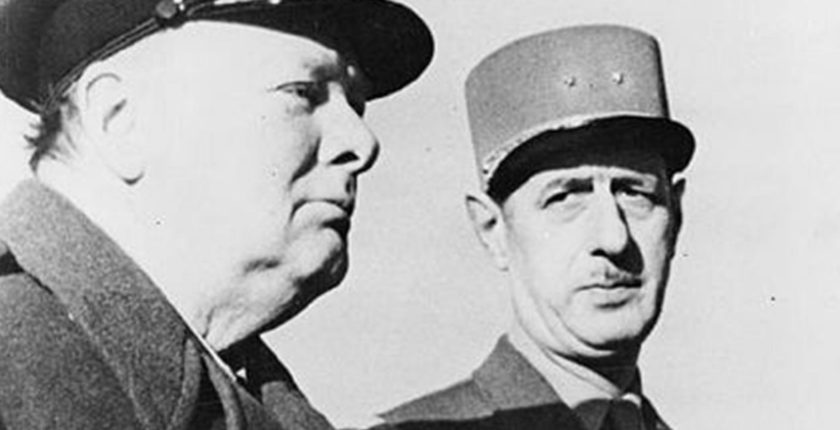 This study compares and contrasts the geopolitical strategies of Winston Churchill and Charles de Gaulle as seen in three crises: the two world wars and the Cold War. Statesmanship implies the liberty to choose, whereas geopolitics points to the realm of necessity; these two features of statesmanship often attract intellectual partisans—members of the academic schools of “foreign-policy idealism” and “foreign-policy realism,” respectively. My book shows that these masters of statecraft defy such categories by focusing instead on framing foreign policies that successfully defended political regimes of liberty in a world of geographical and military “givens” or necessities. By bringing the reader to think along with Churchill and de Gaulle as they enunciated these policies, I argue that citizens can learn more from the practitioners of statecraft than from any university-bred theory.

Accordingly, the book comprises six main sections of two chapters each, setting up comparisons and contrasts between the two leaders. The first is the goals or purposes of their statecraft, seen in a section that summarizes the principles Churchill and de Gaulle set out to defend and advance. I show how each man understood his own regime: its institutional structure, the character of its people.

Both Great Britain and France were commercial republics, but they had noticeably different civic histories. The British enjoyed a relatively stable tradition of political liberty, while the French suffered from serious factionalism based on substantial blocs that aligned themselves with the several regimes France had experienced since the Revolution: two legitimist monarchies, several republics, and Bonapartist despotism. Churchill thus stood on a fundamentally sound political foundation—one, moreover, perfectly suited to his skills as a parliamentary orator—whereas de Gaulle, a republican military officer—needed to re-foundFrench republicanism in order to establish a firm basis for any consistent foreign policy at all.

The second section of the book offers the geopolitical strategies the two statesmen formulated—the means to their ends. Here again, they faced sharply contrasting circumstances. Churchill made strategy for the greatest maritime power of his age; de Gaulle needed to defend a land power, once dominant but now threatened by a larger land power, Germany. Churchill therefore saw the logic of an Atlantic alliance with the greatest “island nation” of all, the United States, which would give crucial assistance in reinforcing his own country’s traditional role as the “offshore balancer” of continental Europe. As a statesman of one of those countries so long “balanced,” de Gaulle needed not so much allies—although he did need them—as a people and a military that was morally and intellectually prepared to defend France on a moment’s notice.

These sections are followed by the three case studies in question, each of which saw Great Britain and France allied against a different kind of regime—but alike enemies of their own regimes of political liberty. The First World War saw them fighting a military oligarchy; the Second World War a tyranny of the Right; the Cold War a tyranny, then an oligarchy, of the Left. Each regime, and therefore each conflict, required a different strategic approach.

The conclusion considers on the kind of education needed to nurture and encourage statesmen like de Gaulle and Churchill, as the regimes of political liberty face the new adversaries of the new century.

A review by Justin Lyons is posted on the website of the Library of Law and Liberty.