Churchill and the Chanak Crisis 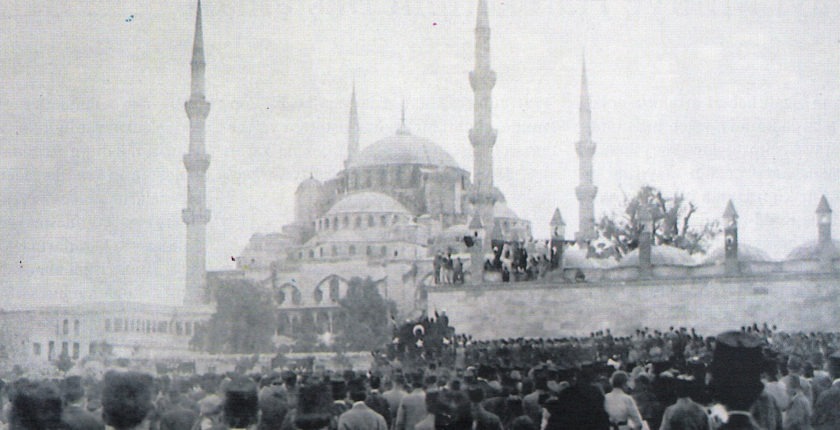 By encouraging the Greeks to attack Turkey during their struggle for independence, the British and Allies wanted to break apart Ottoman mainland and take Istanbul. Was Churchill against it, and how did he stand on Turkey after World War I?
—M. A.

This was indeed the Allied (and Churchillian) policy during the Great War, but afterward things get more complicated. Churchill’s own account is in Chapter 19 of The Aftermath. See also Martin Gilbert’s entry on “Chanak,” which is Chapter 45 of Winston S. Churchill, vol. 4, World in Torment.

In The Aftermath, Churchill writes: “…having done my utmost for three years to procure a friendly peace with Mustapha Kemal and the withdrawal of the Greeks from Asia Minor, and having consistently opposed my friend the Prime Minister [David Lloyd George] upon this issue, I now found myself wholeheartedly upon his side.”

Churchill is referring to Lloyd George’s bellicose attitude toward Turkey when Kemal’s forces seemed to threaten the British enclaves at Istanbul (Constantiople) and Chanak (Cannakale), which had been maintained since victory in 1918.

In December 1921 Churchill urged Lloyd George to come to terms with Turkey: “The desire you have to retain Mosul,
and indeed Mesopotamia, is directly frustrated by this vendetta against the Turks…” But in summer 1922 the Kemal forces, having defeated the Greeks and marched on Izmir (Smyrna), seemed to threaten (but did not attack) the British garrisons. Churchill, as he wrote, now found himself on Lloyd George’s side. 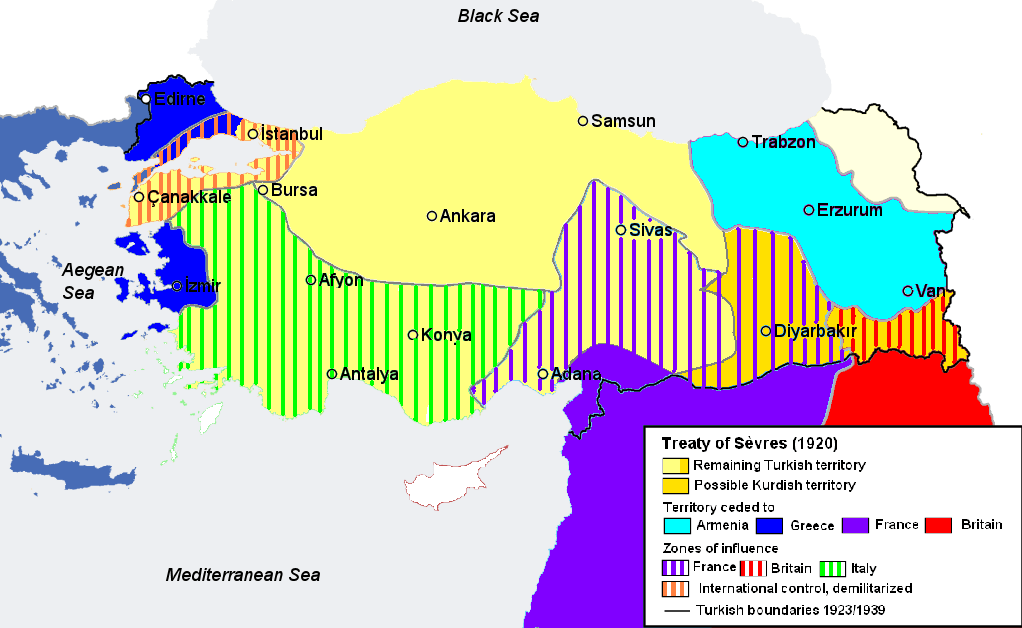 The Wikipedia Chanak entry says Churchill was “pro-Greek and wanted war,” but this is oversimplified. What he wanted was not to award the defeated Ottomans a victory they had not won in World War I. There was a broad fear in Britain against giving Turkey back her foothold in Europe. Churchill, who admired Atatürk, ultimately supported negotiation.

Thrace had been awarded to Greece by the harsh Treaty of Sèvres (1920), and Istanbul was placed in a so-called “neutral zone.” Atatürk, quite naturally, wanted Turkey’s capital back.

In negotiations in October 1922 Eastern Thrace was given back to Turkey, restoring Turkey’s presence in Europe and command of the Straits, while the “neutral zone” and its garrisons were ended. This was confirmed by the Lausanne Treaty of 1923-24, which superseded the Sèvres Treaty and established the borders of modern Turkey.

For more on Churchill and Turkey, see: