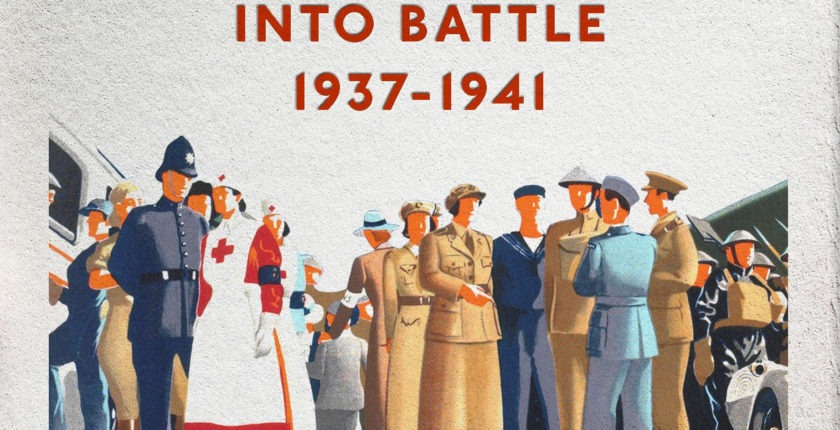 History is subject to continuing revision. New research uncovers new information. A new generation of historians brings new perspectives on the past. Because this is—and always will be so—we need, from time to time, a new synthesis that pulls together both the new information and the new interpretations for those who are not historians and do not have the time or inclination to delve into the voluminous specialist literature, but want a reliable overview of what happened and why.

It is to this audience that Daniel Todman’s massive new work seems to be addressed. There is much to commend in this first of a two-volume work (the second will carry the story to 1947). Todman (University of London) is a well-established scholar who has clearly read widely and thought deeply about this complex period. Beginning the story in 1937, with George VI’s coronation and Neville Chamberlain’s succession to the premiership, he is able to lay out the prewar decisions on both strategy and production that shaped how Britain would plan for war and then wage it—at least until the strategic revolution of 1940.

Todman is strong on the civil side of the story—politics, production, civil defense, how Britons responded to evacuations, rationing and bombing. He is particularly good at tracing the slow, remorseless change in attitudes, at all levels of society and government, that set in with the coming of the war (although there were prewar roots) and that would ultimately produce the political and social earthquake of 1945: Britain’s first majority socialist government. By contrast, his treatment of actual military operations is much more summary. Some very important military issues, like the mobilization of the Indian Empire and the explosive growth of the Indian Army (which had huge implications for the future of empire) he appears to miss entirely, unless they are being saved for the next volume.

Todman is clearly anxious to avoid falling into the grip of nostalgia and myth. This leads to problems when he comes up against the central figure in the story of Britain’s war: Winston Churchill. Determined to avoid the “Churchill legend,” he errs in the opposite direction. He appears not actually to like Churchill very much, and determined to cut the mythic figure down to size. This leads to a grudging, carping tone whenever he has to address Churchill, which is unavoidably often. At one point he even labels him a “savage racist”, which is hyperbolic overkill.

Churchill, of course, used language and held views (on Hinduism, for instance) that would certainly be thought racist now. But Churchill was born in 1874, when such language and views were very common—probably near universal—among his class and generation. The best verdict—so far, at least—on Churchill’s racial views seems to be that of Geoffrey Best in his 2002 Churchill: A Study in Greatness (never cited by Todman): In his youth Churchill “accepted unquestioningly…the then prevalent notion of white superiority. He seems never subsequently to have thought differently” (24). It is also useful when thinking about this subject to bear in mind a perceptive observation by Ronald Hyam (another historian who does not feature in Todman’s extensive footnotes): Churchill said some hair-curling things, especially late at night, but it is better to judge him by what he did.

Todman also seems to misunderstand how Churchill actually worked as Minister of Defence—an odd failing for someone who co-edited Alan Brooke’s diaries. He writes of Hastings Ismay as a “ loyal attendant, but a strategic non-entity” (367) as if he were a superior form of batman. This shows a failure to understand Ismay’s role, and how superbly he performed it. His job was not to shape strategy but to provide a staff structure that would link the prime minister’s fertile and restless mind with the elaborate planning mechanisms created during the interwar years—mechanisms that could vet Churchill’s ideas and carry those that survived the process into the realm of action. Ismay was a very fine staff officer, and, like all such, self-effacing. Contemporaries understood his importance—and testified to it—but Todman appears not to have noticed.

The author’s difficulties with Churchill do not prevent him from getting some things about the Prime Minister’s policies very right. He sees quite clearly that the “special relationship” with the United States was far less special than Churchill persuaded himself that it was. Churchill failed to see, or at least to see clearly, the cold, far from Anglophile calculation that lay beneath Franklin Roosevelt’s sunny surface, whose object was to see the United States dominating the postwar world with Britain, minus empire, reduced to the role of trusty sidekick. Todman’s summary is lapidary: “the wartime Anglo-American ‘special relationship’ was something for which Britain paid heavily and for a long time” (532).

Like all syntheses, Todman’s has weaknesses, some of which I’ve highlighted, but in general his book has many countervailing strengths: clarity in exposition and a fine touch when dealing with the oft-scanted civilian and production side of the story. The vignettes from the experiences of average Britons, sprinkled throughout the narrative, are well chosen and illuminating. It is a book well worth reading, but perhaps those interested in Churchill’s role would be well advised first to look at Geoffrey Best’s Churchill and War (2005)—which Todman appears also to have missed.

Dr. Callahan is Professor Emeritus of History at the University of Delaware and a leading scholar of the Indian Army in the two World Wars. He taught at the University for thirty-eight years and was director of the Master of Arts in Liberal Studies program, where an annual student prize bears his name. He is also a fellow of the Royal Historical Society, among other honors.