It’s no coincidence that Winston Churchill, perhaps the greatest statesman in living memory, was remarkably well-versed in history and classic literature. His own writing earned a Nobel Prize, much of it on history and the philosophy of government. Churchill had a profound grasp of human knowledge, learning and behavior, transcending both time and culture. Thus he distilled and expressed the essence of complex issues, making them both approachable and politically effective.
Posted in: Churchill for Today, Explore,
Tags: Annual Register, Federalist Papers, Gibbon, Macaulay, Plato, Robert Hardy, Wilderness Years, Winston S. Churchill,
Read more

"Several times again I attempted to climb the peak. I came away from my mountain climbing with a little more understanding, perhaps a few more skills. But mostly I came away with a radiant and profound affection for the mountain himself. Playing him was one of the best things that has ever befallen me. I shall never look down from that peak—but as long as I live I shall delight in gazing upwards towards those towering rocks." - Robert Hardy
Posted in: Churchill in Film and Video, Resources,
Tags: Blenheim Palace, Chartwell, Dan Curtis, David Susskind, Ferdinand Fairfax, Grace Hamblin, Jo Onslow, Mary SOames, Robert Hardy, Wilderness Years, Winston S. Churchill,
Read more

Bouverie’s Chamberlain: “A Mind Sequestered in its Own Delusions”

Celebrating the completion of the Official Biography of Winston Churchill

Volume 22 of the Churchill Documents contains Churchill's documentary record from the 1945 election and his return to the premiership in October 1951. It is a curiously under-examined part of Churchill’s career. Yet it encompassed the dropping of the atomic bombs on Japan and her subsequent surrender, his Iron Curtain speech in Missouri, the partition of India and the creation of Israel, the Berlin airlift, and the founding of NATO and the European movement. Upon all of these, Churchill took important stances.
Posted in: 2019, Books,
Tags: Andrew Roberts, Arthur Harris, Chaim Weizmann, Clement Attlee, Douglas MacArthur, Dresden bombing, Emery Reves, Harry Legg-Bourke, Iron Curtain Speech, Maurice Gamelin, Maxime Weygand, Winston S. Churchill,
Read more

Churchill at War, Illustrated by Cigarette and Trade Cards

McKercher and Capet on Churchill, War and War’s Aftermath

In late 1899, Winston Churchill was catapulted to prominence following the famous armoured train attack and his subsequent escape from a Boer prison camp. His adventures fostered long-lasting controversy. A very hostile account was written as late as 1994. This essay was first published by John Hussey in 1999. So far as he and we know, no further discoveries have been made to dispute his conclusions.
Posted in: Churchill's Youth, Explore,
Tags: Alymer Haldane, Boer War, John Hussey, Natal, Redvers Buller, South Africa, Winston S. Churchill,
Read more 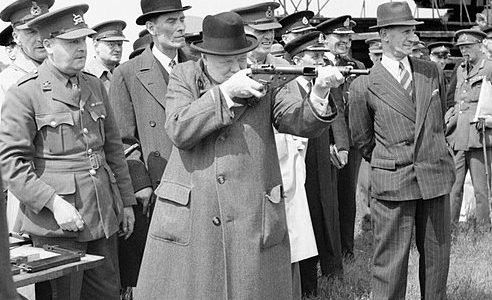 Thompson’s eighteen perilous years are really the key. His accounts tend to suggest that he saved Churchill’s life at every juncture. Undoubtedly, many potential threats did exist, and to his credit, he disregarded no possibility. We are left however with six particular episodes, only three of which involve known assassination plots.
Posted in: Personal Matters, Q & A,
Tags: Edmund Murray, Mike Riley, Richard M. Langworth, Walter H. Thompson, Winston S. Churchill,
Read more

Mannerheim stepped down as Commander-in-Chief in January 1945 and as Regent-President in March 1946, aged 78. No actions were taken against him by the West for having been Hitler’s ally for three years. Winston Churchill, and every other objective observer, recognized that he was the savior of his country. He acted at a time when Finland was intolerably squeezed between the two most evil and violent totalitarian dictatorships in history.
Posted in: Explore, Great Contemporaries,
Tags: Anton Deniken, Arthur Balfour, Battle of Thermopylae, David Lloyd George, Finland, George Curzon, Harold Macmillan, Hubert Gough, Karl Gustav Mannerheim, Patrick Donner, Winston S. Churchill, Winter War,
Read more