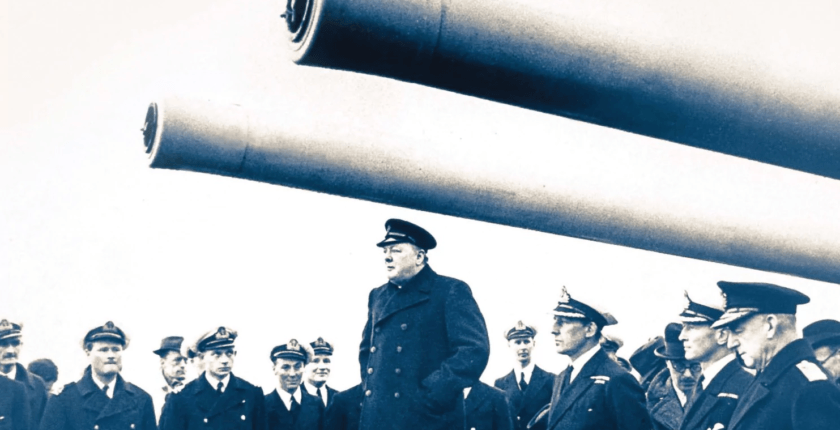 Many know of Churchill’s close relationship with Sir Alexander Korda (1893-1956), director of his favorite film, Lady Hamilton (That Hamilton Woman in USA). But few have heard of Alexander’s filmmaking brothers, Zoltan and Vincent, the latter being the father of the author.

Born in London in 1933, Michael Korda enjoyed a long and successful career writing and publishing books. Here he offers an attractive mix of childhood memories, historical facts and anecdotes, recollections of participants and retrospective judgments on the Dunkirk evacuation and Cabinet crisis of May 1940. He covers what led to Dunkirk, how it was organized (brilliantly at times, disastrously at others) and Churchill’s role in the operation, and its accompanying politics.

Proceeding chronologically, Korda skillfully ties disparate threads into a convincing narrative. The book’s strength lies in its focus on the young Korda’s perception of what happened through the eyes of his father and uncles. The Hungarian-born Korda brothers had arrived in England in 1932. Michael was also influenced by their English wives, and his English nanny, who read the popular press instead of The Times. British newspapers gave rosy, misleading news, but the Korda brothers were not taken in, being accustomed to the propaganda of central European authoritarian regimes. The author records the discrepancy between gung-ho communiqués and harsh reality, adopting a Churchillian style: “The attempt to defend Boulogne was a sad failure. The attempt to defend Calais was a tragedy” (291).

“I am one of the fast-diminishing number of Britons who heard Neville Chamberlain’s announcement that we were at war with Germany,” Korda writes. He adds an uncommon observation: “Chamberlain has never been given his due as a speaker—he had a deep, sonorous voice, a natural gravity that made even me, as a child, aware of the importance of the occasion” (52). He believes Chamberlain and the French pursued appeasement for too long, and rearmed insufficiently. This is what is now sometimes called the “Gathering Storm thesis,” of Churchill in the first volume in his memoirs. Korda supports his thesis with testimonies of escapees from the debacle in France. (Interestingly, General Halder used the French word débâcle to describe the state of British troops around Dunkirk).

Against the background of the retreat and escape of the British and French Armies, Korda poses the trial of strength between Halifax and Churchill. His not entirely novel thesis is that Churchill’s position of no truck with Hitler would have been untenable had the Dunkirk evacuation not been seen as a success in Britain. Like Churchill, Korda does not call it a success. But he offers Montgomery’s words to describe Britain’s mood. Escapees wore “a coloured embroidered patch on their sleeve with the title ‘Dunkirk.’ They thought they were heroes, and the civilian public thought so. It was not understood that the British Army had suffered a crushing defeat” (344).

In Korda’s view, “More people in Rome or Berlin knew of the rift between the prime minister and the foreign secretary than did people in London” (352). He correctly reminds us that it was the full Cabinet, not the narrow War Cabinet, or a small group of MPs, that finally endorsed Churchill’s refusal to negotiate (365-66). He believes that Churchill’s “greatest fault was a blindness to other people’s feelings” (136). But this trait, evident on some occasions, was far from a permanent characteristic.

The book offers valuable technical tidbits. For example, Hurricanes, not Spitfires, would have been more useful in France in May-June 1940. The Spitfire’s “narrow undercarriage track made it unsuitable for rough fields” (190). And “dive-bombing [by German Stukas] produced far fewer casualties than a well-organised artillery barrage” (193). At least 250 tons of bombs were required to guarantee the destruction of a bridge, Korda adds—an “impossible task” for the Battles and Blenheims carrying 250-pound bombs, ordered to take out bridges to slow the advance of German tanks (194). Readers may dismiss as irrelevant “saucy bits”— Pétain the “indefatigable womanizer” (205), the Duke of Gloucester (the King’s younger brother) and his “much hushed-up, but scandalous affair” (283). They may however appreciate the “cheeky bits,” such as: “Paul Reynaud said Gamelin would have made a better bishop than a soldier” (162).

A link with “Brexit”

Apart from Korda’s personal recollections, the most interesting part of the book is its last chapters. Unlike Nicholas Harman, he doesn’t quite consider Dunkirk a “Necessary Myth.” But he supports this thesis with a thoughtful reflection on the link between Dunkirk and Brexit. “Dunkirk fit into the British war narrative so well that it became myth even as it was going on,” he writes. (Part of its mystique was the “little boats” Britons mistakenly thought rescued more troops than destroyers.) Korda believes that “Dunkirk Spirit,” somewhat sentimentalized, is still part of the way Britons think themselves versus continental nations (453). Thus, he writes, “Dunkirk is not unrelated to the emotions of those who demanded Brexit, the UK’s exit from the European Union in 2016. There was a national sense of relief in 1940 at leaving the Continent and withdrawing behind the White Cliffs of Dover” (461).

The hardback is a fine job, with high-quality casebound paper and a profusion of photographs. Useful maps, in the style of Churchill’s in The Second World War, are welcome. The index and bibliography are copious. Since Admiral Bertram Ramsay was among Dunkirk’s enablers, his report, “The Evacuation of the Allied Armies from Dunkirk and neighbouring Beaches,” (1947), should have been included as an appendix.

Though it has no academic pretensions, this is a rewarding and good read because the author has a personal history to share. He weaves it effectively into the dramatic events of May-June 1940 as seen both by participants, and his own family in London.

Dr. Capet is Professor of British Studies at the University of Rouen, France and author of a new Dictionnaire Churchill, which promises to be a major reference work. This review also appeared in Cercles: Revue pluridisciplinaire du monde anglophone (www.Cercles.com).