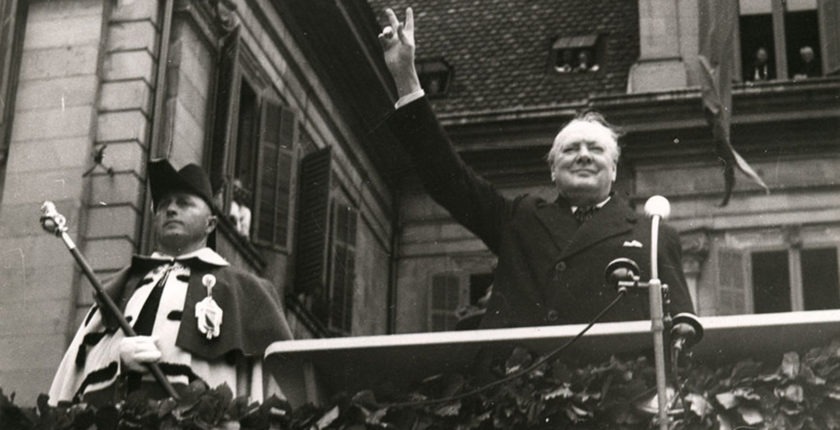 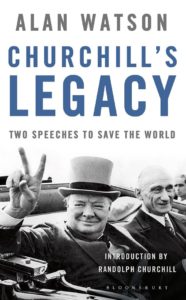 Lord Watson of Richmond is a Liberal Democrat spokesman in the House of Lords. Better known as Alan Watson, he has a wide range of experience in media, academia and foreign relations. This book utilizes his broad interests. Its purpose is to identify the threads which led to Churchill’s two critical speeches, and their long-term effects.

After the Second World War Churchill wished to raise American awareness of Soviet ambitions. In many ways his view of Stalin’s record had run counter to President Roosevelt’s. Whereas FDR distrusted British imperial policy, with Churchill as its embodiment, he thought he could “handle” Stalin at one-on-one meetings. Roosevelt died in April 1945, and Churchill was out of office from July. But Churchill wanted a role in the future development of East-West relations.

When the former prime minister received an invitation to speak at Westminster College in Fulton, Missouri, President Truman forwarded it with a postscript in his own hand. Fulton was in his home state, he told Churchill, and he would like to introduce him to the audience. Churchill naturally accepted.

As plans materialized, Churchill realised that he would be closeted with the President on the eighteen-hour train journey from Washington to Fulton. There he took the opportunity to press for the President’s endorsement of an Anglo-American alliance to counter the Soviet threat. Deeming his Fulton message the most important speech of his life, he showed his text to the President. Truman said he thought it was admirable and would do nothing but good, but also thought that “it will make a stir.” Later, however, Truman repeatedly denied that he had seen the speech before it was delivered.

Churchill believed “I can be of use over here: they will take things from me.” Over 2800 people were present to hear the speech, with its famous Iron Curtain reference. There were many bursts of applause. Across America afterward, there were protests and a hostile press. Stalin was apparently surprised at Churchill’s specificity.

Alan Watson asks how it was possible for Churchill to have stated his case in this way, but then answers his own question: No one could stop him. He was boosted by the knowledge that he still had the influence to take initiatives in constructing a new Atlantic alliance and that his celebrity status commanded a global audience.

Six months after Fulton, Churchill spoke at the University of Zürich in Switzerland. Again his message encapsulated a single memorable statement…. “I am now going to say something which will astonish you. The first step in the regeneration of the European family must be a partnership between France and Germany.”

Although it did astonish, this line followed Churchill’s maxim, “In victory, magnanimity.” Contrary to some modern interpretations, Watson explains, the speech did not commit Britain to direct participation in what Churchill described as a family or association of nations. Britain, he said, would be a friend to that family, but not part of it.

This book is a valuable review of two major 1946 pronouncements, their circumstances and implications. Watson concludes that “Churchill’s purpose in both speeches was to shape the future… to startle and surprise Americans and Europeans into building a new alliance capable of securing democracy.”  Their legacies were that they shaped our understanding of freedom.

Paul H. Courtenay, a Churchill historian and researcher was co-editor of new ISI editions of Churchill’s Thoughts and Adventures and Great Contemporaries. He notes: “My father attended the Fulton speech and I remember him telling me all about it quite soon afterwards when I was twelve years old.”