Advisors and Family in “The Churchill Documents,” Volume 19 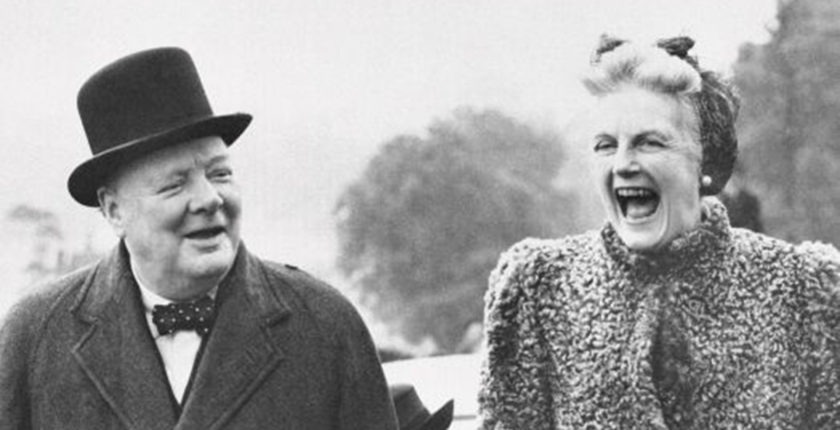 It’s not unusual for leaders with powerful egos and passionate views to prefer the company and advice of close and trusted friends over that of professional advisors or experienced experts. This can have positive results, perhaps shaking up a moribund bureaucracy or forcing radical new approaches to issues mired in the mud of conventional thinking. But it can also lead to disillusion or disaster. Fateful Questions, September 1943 to April 1944, volume 19 in Hillsdale’s series The Churchill Documents, provides many examples of how Churchill’s decision-making was favorably influenced by close advisors.

Advisors were the Key

Long-standing bureaucrats, including professional diplomats, have valuable experience of complex problems that defy glib solutions, while experts are—well, experts: advisors who have well-founded knowledge of what they’re talking about. When the two collide—the passionate and creative egotist against the knowledgeable and skeptical professional—frustration, trouble, and tears inevitably follow. Whether disaster is the ultimate outcome depends heavily on the character of those involved.

The period in this book, September 1943 to April 1944—from the surrender of Italy to the eve of the D-Day Normandy landings—offers more than one illustration of the clash between a strong-willed leader and his professional advisors. The stormy relationship between Britain’s Prime Minister (and Minister of Defence) Winston Churchill and Field Marshal Sir Alan Brooke, Chief of the Imperial General Staff and Chairman of the British Chiefs of Staff, has been much written about. It’s worth emphasizing how vital and positive its creative tension was to Britain’s wartime victory. On one side was the mercurial and impatient leader Churchill, a politician; on the other the experienced and sensible soldier, Brooke. Together, along with Roosevelt and the American chiefs of staff—itself a relationship involving substantial conflict and compromise—they forged a war-winning formula for victory.

Yet the rows between advisors and leaders over strategy were formidable and stormy. Several extracts from Brooke’s diary reproduced here testify to their magnitude and significance. In mid-February 1944, for example, after a late night meeting with Churchill to block the prime minister’s then-current pet project of launching an attack against Northern Sumatra, Brooke records his frustration at Churchill’s refusal to look at any concrete plans for the defeat of Japan. “He lives for the impulse and for the present,” Brooke writes, “and refuses to look at the lateral implications or future commitments.” Sometimes, Brooke adds, he wonders if Churchill is really sane.1

Ten days later there was an even stormier meeting, with Churchill and Brooke going head to head in a heated disagreement that lasted over seven hours and through two separate meetings of the Chiefs of Staff in the course of the day. Again they fought over strategy in the Pacific. Churchill, Brooke writes, was in “a thoroughly disgruntled and bad temper.” The second meeting, in the early evening, Brooke describes, simply and tellingly, as “desperate.”

But what happened at their next encounter is truly illuminating. While he was recovering his composure back at the War Office, Brooke received a summons from Churchill inviting him to dinner. He naturally assumed that it was to tell him that the prime minister could no longer tolerate their disagreements and was going to fire him.

In fact, it was quite the contrary. Far from dismissing or reprimanding him, Churchill turned on the charm. Casting aside any discussion of strategy, he immediately started talking about his son Randolph. Churchill’s only son was notoriously difficult—he appears several times as a usually disruptive force in this volume—and Brooke’s relationship with his own son, Tom, was fraught as well.

This conversational gambit by the prime minister enabled both fathers to pour out their personal worries to each other, and during the course of the meal the talk extended to embrace their daughters as well. By the end of the evening, warm personal relations between the two men had been firmly reestablished, their angry daytime disagreements put behind them. “He has an astonishing side to his character,” noted Brooke with admiration. As we know, Churchill retained Brooke as Chief of the Imperial General Staff, leader among his chief military advisors, until the end of the war.2 Rightly, the Churchill-Brooke relationship has been described as “a Partnership in Genius.”3

So much for one necessary and beneficial check on Churchill’s impulsiveness as war leader. In addition, however, was the no less significant emotional balance provided by the presence at many crucial moments of members of his family. Throughout his life Churchill depended heavily on his family, both emotionally and in other ways, a fact too often overlooked or forgotten even by biographers, whose interests are often restricted to the political dimensions of his life.

How would Churchill have advanced so rapidly in British political life had it not been for his mother’s encouragement, contacts, and support—or for the example set by his father, whose memory Churchill was determined to vindicate? Could he emotionally have survived the spectacular crash of his career after Gallipoli without Clementine’s love and understanding? Where would he have been financially and domestically without his brother Jack, the stockbroker who handled much of his finances, or the aunts, uncles, and cousins who lent him their houses and often financial support during the many periods until middle-age that he was temporarily homeless before he bought his homes at Sussex Square in London and Chartwell in Kent? His family also provided advisors.

These wartime months included lengthy, exhausting, and hazardous journeys totaling some 14,000 miles that embraced Washington D.C., Cairo, Tehran, Tunis, Carthage, and Marrakesh, and saw him both turn sixty-nine years old and at one point fall dangerously ill with pneumonia. Mary, his youngest daughter, accompanied him on his North American visit. His wife Clementine, the emotional rock of his life, was also at Washington—and Quebec immediately before it. She later flew out urgently to North Africa to help nurse him through the pneumonia that almost killed him in Carthage.

Sarah, who had earlier travelled with him to Tehran, was also at his bedside. Throughout, in Clementine’s words, she was “a pillar of strength,” smoothing out difficulties, putting people at their ease, and frequently acting as gracious hostess.4 “Let’s all have a bad day and make a fresh start tomorrow,” joked Sarah after a particularly bad-tempered encounter involving the visiting Max Beaverbrook while Churchill was recuperating at Marrakesh. This quip neatly broke the ice and the next morning everyone was smiling again.5

From documents alone it is often difficult to gauge the significance of human relationships. This perhaps explains why, despite tons of material available, so many Churchill biographies seem lacking. Yet there’s a scene in this book that is almost worth a volume on the subject.

Clementine’s fifty-ninth birthday was on 1 April 1944. D-Day was approaching—an event fraught with the possibility of disaster. Churchill was almost frantic on the subject, often driving advisors to distraction with endless queries about this or that aspect of the landings. That evening, though, there was a family celebration that offered a much needed diversion of his energies.

Gathered together were Churchill himself, his younger brother Jack, Clementine, and Diana their first daughter, as well as Sarah and Mary. To liven things up, his personal private secretary John Colville had brought along some gramophone records. The choice reflected Churchill’s personal tastes. There was some Gilbert and Sullivan, but more important was a collection of music-hall songs. These were his favorites, many of whose lyrics he could remember from his days as a military cadet. At Sandhurst in late Victorian England, he’d spent leaves in London enjoying their unique combination of theatre, song, and music. Inevitably, Churchill was unable entirely to tear himself away from the business of war, and worked on some papers while listening to the songs.

It’s a telling scene. In his moment of greatest stress at the climax of the war. The forthcoming allied landings evoked ghosts of the ill-fated Gallipoli landings that had taken so many soldiers’ lives and almost destroyed his career some twenty years before. Thus it was in the comforting memories of his youth, and more importantly in the bosom of his family, that Churchill found the emotional balance and strength to carry on.

Featured image: Winston and Clementine shortly after D-Day. It was time to relax. All had come right. (Press Association UK)

3 Arthur Bryant, The Turn of the Tide 1939-1943: A Study based on the Diaries and Autobiographical Notes of Field-Marshal the Viscount Alanbrooke (London: Collins, 1957), “Prelude,” 23. For the contemporary response to publication of the diaries, see David Reynolds, In Command of History: Churchill Fighting and Writing the Second World War (London: Allen Lane, 2004), 514-19.

David Stafford of Victoria, B.C., is the author of Churchill and Secret Service, Roosevelt & Churchill: Men of Secrets, and related books on wartime intelligence. His latest book, officially commissioned by the Cabinet Office, is Mission Accomplished: SOE and Italy 1943-1945 (Bodley Head, 2011).