Churchill and the “Wizard War,” Part 2 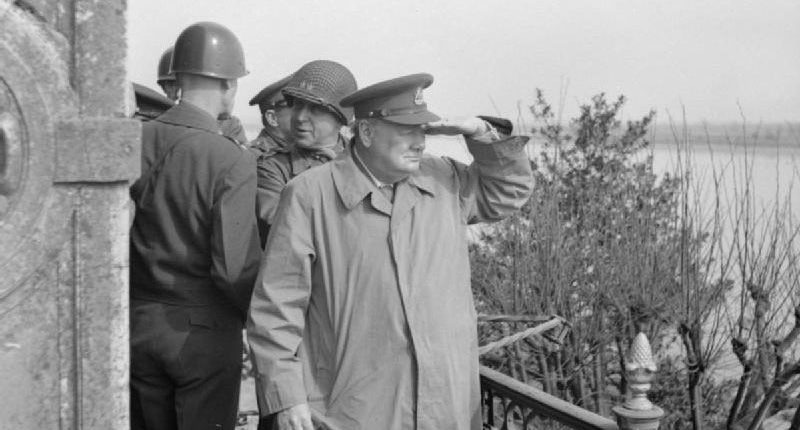 Winston Churchill was an enthusiastic promoter of new technologies, especially in war. He realized the benefit and even the necessity of innovation in conducting modern warfare. However, he was not an unqualified or incautious supporter of technological progress. From his Army Reform speech in 1901 to his speech on deterrence in 1955, Churchill was always thinking about the dangers inherent in new technology, what to do about those dangers, and their relation to human nature.

In his 1924 essay “Shall We All Commit Suicide?,” Churchill details the differences made by rapidly advancing technology. Human nature, he says, has not changed. We have always been ferocious and bent on one another’s destruction. Rather, technology has given strength to what was formerly constrained in desire: “Up to the present time the means of destruction as the disposal of man have not kept pace with his ferocity. Reciprocal extermination was impossible in the Stone Age.”

Technology does not change human nature, but simply empowers humans for good or ill. Nor does this new power come with new wisdom: “Without having improved appreciably in virtue or enjoying wiser guidance, [mankind] has got into its hands for the first time the tools by which it can unfailingly accomplish its own extermination.” Churchill goes on to describe the gravity of this situation:

Death stands at attention, obedient, expectant, ready to serve, ready to shear away the peoples en masse; ready, if called on, to pulverize, without hope of repair, what is left of civilization. He awaits only the word of command. He awaits it from a frail, bewildered being, long his victim, now – for one occasion only – his Master.

Given the danger, we would do well to ponder, as Churchill did, the benefits and dangers of technology – and to seek a way to mitigate the danger without destroying the benefits.

Churchill understood that technology’s risks were not only related to its immense power. Technology also tends to dehumanize us, to make us cogs or cattle. Churchill called these tendencies “mass effects.” Technology allows commanders to distance themselves from their soldiers, owners of factories from their workers, governments from their people. Mass processes are ever optimized for greater performance and people become human resources to be extracted and used in the most efficient manner. All this is possible only because technology provides the communications, power and transportation for mass processes to work efficiently.

In his 1925 essay “Mass Effects in Modern Life,” Churchill discusses this particular danger at length. He focuses on war because, he says, “In no field of man’s activities is the tendency of mass effects and the suppression of the individual more evident than in modern war. The Armageddon through which we have recently passed displays the almost complete elimination of personal guidance.”

Churchill then portrays the modern commander as “entirely divorced from the heroic aspect by the physical conditions which have overwhelmed his art.” In other words, there is no glory to be had in being mowed down by machine-gun fire on the Western Front. Instead, “our Generals are to be found on the day of battle at their desks in their offices fifty or sixty miles from the front, anxiously listening to the trickle of the telephone for all the world as if they were speculators with large holdings when the market is disturbed. All very right and worthy. They are at their posts. Where else indeed should they be?”

While Churchill allows that the necessities of modern war have led the commander to this point, he also understands that it vastly increases the likelihood he will disregard the lives of his men. He describes this precise thing happening poignantly in The World Crisis, his World War I memoirs:

No war is so sanguinary as the war of exhaustion. No plan could be more unpromising than the plan of frontal attack. Yet on these two brutal expedients the military authorities of France and Britain consumed, during three successive years, the flower of their national manhood. Moreover, the dull carnage of the policy of exhaustion did not even apply equally to the combatants… Two, and even three, British or French lives were repeatedly paid for the killing of one enemy, and grim calculations were made to prove that in the end the Allies would still have a balance of a few millions to spare. It will appear not only horrible but incredible to future generations that such doctrines should have been imposed by the military profession upon the ardent and heroic populations who yielded themselves to their orders.

As the general acts more like a stock trader or cattleman, he is more likely to treat his soldiers like stocks or cattle to be traded or killed as needed, and with academic calculation rather than sympathy.

Despite these dangers, it is impossible to remove technology or to go back, especially in war. Even in peace, Churchill says in his article, “Fifty Years Hence,” going back would cause:

a catastrophe of unimaginable horror. Mankind has gone too far to go back, and is moving too fast to stop. There are too many people maintained not merely in comfort but in existence by processes unknown a century ago, for us to afford even a temporary check, still less a general setback, without experiencing calamity in its most frightful form.

In war the matter is even more dire. If one country were to cease technological innovation, it would rapidly result in his neighbors and enemies conquering it. Not only must a country keep its military advances, it must continually improve on them. World War II, the “Wizard War,” displays this nicely. All countries must keep advancing in military technology, but those advances lead to ever greater numbers of dead and increasing dehumanization of soldiers at the front. Churchill understood this dilemma and found the solution to it in the very power, mass effects, and human nature that cause the danger.

The immense power and mass processes of modern warfare that push the commander back from the front lines also strip his position of the glory that men historically pursued there. Coriolanus was named in honor of conquering the city of Corioli. The modern commander, after destroying an entire enemy city by pushing a button, “will have to wait a long time for fame and glory. Even the flashlights of the photographers in the national Ministry of Propaganda will be only a partial compensation.” He will “receive none of the glory which in former ages would have been the attribute of his office and the consequence of his success.” (“Mass Effects”)

While this is hard for commanders to bear and will accordingly attract fewer great commanders, some “blessed reactions” will come from it. War itself will no longer be attractive. The commander will not be “a figure of romance and fame.” Because of this, “the budding Napoleons will go into business, and the civilization of the world will stand on a surer basis.” Modern warfare severely limits personal glory and undermines the role of courage and heroism. These effects, though detrimental, serve to make war itself less attractive and less likely.

The immense power that technology grants in war also has the paradoxical effect of reducing the likelihood that power will be used. In 1931, Churchill described the emerging discoveries of the immense energies stored in the atom. “There is no question,” he said, “among scientists that this gigantic source of energy exists. What is lacking is the match to set the bonfire alight, or it may be the detonator to cause the dynamite to explode. The Scientists are looking for this.” (Fifty Years Hence). Twenty-four years later, in his last major speech in the House of Commons, Churchill spoke about the success of those Scientists.

After describing the dangers facing Europe and the world in 1955, Churchill asked “Which way shall we turn to save our lives and the future of the world?” (House of Commons, 1 March 1955) Despite clearly understanding the danger of the recently developed hydrogen bomb, Churchill did not advocate nuclear disarmament. He did not believe the future safety and security of the world could be achieved through the gradual elimination of nuclear weapons. This, as mentioned above, would only cause another nation to develop the technology and attack Britain.

Instead, Churchill’s hope was that the weapons would “improve and gain authority during the next ten years.” Rather than increasing war, the massive annihilating power of atomic weapons would make sane nations far less likely to go to war. “Then,” he declared, “it may well be that we shall by a process of sublime irony have reached a stage in this story where safety will be the sturdy child of terror, and survival the twin brother of annihilation.” Thus Churchill, following the likes of Wilkie Collins and Alfred Nobel, thought that powerful enough weapons would scare countries away from war. Advancing technology made modern war even more horrible, but it might also deter those who would start such wars. The carnage and dehumanization that certain war technologies were prone to cause would lead to less carnage and “the civilization of the world will stand on a surer basis.”

Churchill continually pushed for advances in war technology, not in spite of the dangers involved, but specifically because of them. He understood that no one could turn back the clock and eliminate warfare. The only way to mitigate its bloody effects was to embrace technological advance, use it as far as possible to protect the soldiers, undermine romantic notions about war, and scare nations away from coming to blows.

Churchill pondered these things his whole life. From the battle of Omdurman in 1898 to his last major speech in the House of Commons, Churchill weighed the consequences of modern war. His affinity for new technology must be considered in this light. He not only enjoyed it simply as a thing of wonder, but also deeply understood its necessity for the preservation of individual soldiers and of civilization itself.

About the Author: Nathaniel is recent graduate of Hillsdale College’s Van Andel Graduate School. As a student, he was made a member of the Winston Churchill Fellowship Program. He is currently establishing a classical Christian school in Fort Wayne, IN.